Sean Cavanagh looks around the room and there's no doubt in his mind that it's the craziest thing he's ever seen.

A few lads were cut open and if they weren't cut open, well then there was another lad coming to cut them open. Others were scratched and their bodies were spattered with blood, all of them were topless.

"We tore into one another like nothing I'd ever seen, I can remember longing to get onto the football pitch as much, just to get out of that dressing room," recalls Cavanagh.

Looking back now, the Tyrone dressing room before the 2003 All-Ireland semi-final was more like a war-scene than what it was supposed to be, but if you thought what they did to each other was bad, wait 'til you find out what happened to Kerry.

It has gone down in GAA folklore, the demonic aggression Mickey Harte's team covered the Croke Park field with that day but one sight in particular, will never be forgotten. Kerry had the ball, through Dara Ó Cinnéide, but there was utter hell to pay when Dooher, McGinley, McGuigan, Mulligan and then Cavanagh closed in on him. Ó Cinnéide did well to pass it off but while Kerry retained possession, they had surrendered control as the 'ravenous dogs' swarmed, suffocated and then killed.

In yet another brilliant Laochra Gael doc which will air this Thursday, Sean Cavanagh takes up the story of the crazed desire that fuelled this Tyrone team.

"Brian Dooher was relentless in his running anyway. That was his nature. Enda McGinley had the fitness to go everywhere. Brian McGuigan just wanted the ball at all times, he was like a child so if you had the ball in defence, he'd just come and take it off you. We just had a team filled with guys who had an insatiable desire to get that football. If the other team had it, then we were prepared to go to any lengths to get it back."

When they got it, they had Cavanagh, they had Canavan and Mugsy and Dooher to do the damage, and that's why Tyrone's great team of the noughties won three All-Irelands.

Among the players themselves, no win came close to 2005 given its significance in honouring the legacy and memory of their beloved teammate Cormac McAnallen.

"There was. a contentment in the squad because we had completed what Cormac had asked us to do. There was something beautiful about that," says Cavanagh. 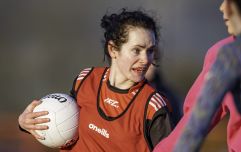 END_OF_DOCUMENT_TOKEN_TO_BE_REPLACED

The documentary really is a thrilling watch, taking us from the birth of a superstar right into the glories and controversies of his brilliant career. At the heartbeat of it all are the competitive personalities that formed this iconic Tyrone team, how they brought the best out of each other and in the case of Cavanagh and manager Mickey Harte, how things occasionally became a bit fractious between them. 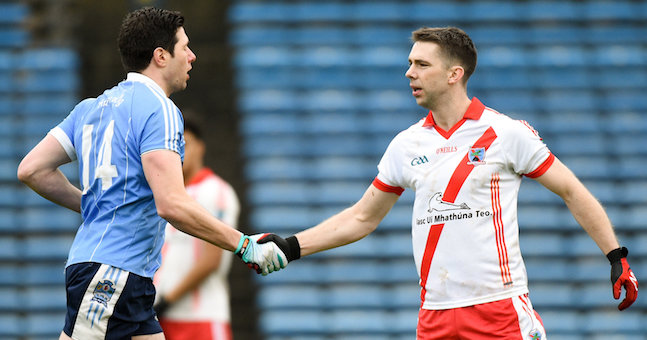 From that perspective, it was in 2009, after a quarter final loss to Cork, when their relationship started to strain.

In his book, Harte claimed that as Footballer of the Year, the pressure was too much for Cavanagh to handle and said that ‘the roof simply caved in on him,' ahead of the game, making this out as the reason he was a substitute that day. Cavanagh, meanwhile, had barely slept with stomach bug and took exception with his manager's comments.

“It was hurtful, it was something that didn’t feel at the time was probably right, factually foremost and also then in almost breaking that confidence between player and manager,” Cavanagh continued.

“It probably wasn’t then until February or March 2010 that Mickey came to my house and sat with myself and Fionnuala.

“He said the ghost writer had written that and it wasn’t him. He apologised for it. I suppose that was difficult for me to accept given the fact it was his book and it was a key headline and I was probably a key player for him at that point in time."

From there, it takes us to through the closing years, the countless injuries, the barneys with Joe Brolly and finally, the glorious final chapter, winning with the Moy.

It really is one not to be missed.


popular
Gatland comments give insight as to why CJ Stander missed Lions call
The Garry Ringrose narrative around the Lions Tour is complete bull
The SportsJOE 12 o'clock quiz | Day 347
The English media reaction to Lions squad announcement was suitably spiky
"Original Conor McGregor" Nick Diaz recounts heartwrenching story of his girlfriend's suicide
Courtney Lawes and Jack Conan were the Lions 36th and 37th men
Billy Joe Saunders on 'Canelo' Alvarez - "A little ginger f****t, that's what he is!"
You may also like
2 weeks ago
"Whatever you're eating, half it and whatever you're training, double it" - How Cavanagh had to drastically change his diet for senior county football
2 weeks ago
The SportsJOE 12 o'clock quiz | Day 337
2 weeks ago
The SportsJOE 12 o'clock quiz | Day 336
2 weeks ago
Mental performance coach Gareth Fox explains how to mentally prepare for the return of GAA training
2 weeks ago
"I'm not the biggest fan of academy systems" - Paddy Tally believes we should be developing young GAA players differently
2 weeks ago
"There is so much more running" - Irish star swaps the oval ball for the ONeill's ball
Next Page