Donal Óg Cusack's powerful documentary 'Coming Out of the Curve' aired on RTE on Monday night as he looked at the issues around being a gay person in Ireland as well as across the world in the 21st century.

Among those featured was Cork ladies footballer Valerie Mulcahy, who chatted today about her decision to become the GAA's first openly gay sportswomen.

Speaking at the launch of today's WGPA she said to her close friends and family coming out publicly wasn't a shock.

'I've been comfortable and out for many years so I think it was just propelled into the wider public by the documentary. The reaction has been very positive and I'm delighted by that.'

Her decision was widely praised by her sporting colleagues as well as LGBT groups, who felt that having such a high-profile sportswomen come out would be a positive step forward. The multiple All-Ireland winner says she wants to be known more for her exploits on the field than her sexuality.

'Anyone who knows me knows my sexual orientation and it's not everything about me. They know who I am, they know I'm an athlete and I'd rather if they were talking about my skills and football expertise. We're females, we're athletes and it's one small part of us but for some people I think its important and it doesn't necessarily need to be. It doesn't define everything that I am.'

Mulcahy is part of the executive committee of the new players body representing Ladies fooball and camogie players across Ireland. 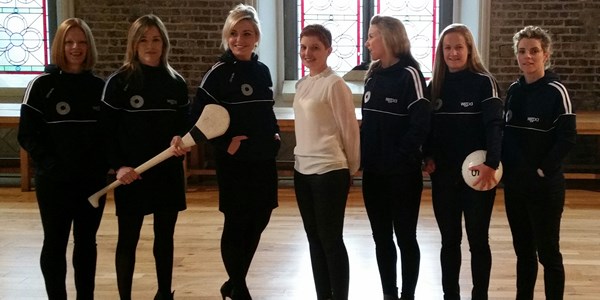 The WGPA chairwoman is Aoife Lane while the executive also features Anna Geary of Cork, Fiona McHale of Mayo, Kate Kelly of Wexford, Deirdre Murphy from Clare and Gemma Begley of Tyrone. 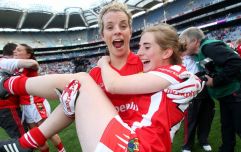 VIDEO: 'It's hard to keep it going but at the same time I would say Valerie is second guessing herself already'

END_OF_DOCUMENT_TOKEN_TO_BE_REPLACED

Mulcahy,who began playing senior inter-county at 17, says the whole basis of setting up the WGPA is to find out the issues that affect women playing Gaelic games

'We find out what issues are there and we go about seeking to improve them rather than just going home back in the car and giving out. We want to actually make a difference and try and make a change and use our voices to the best of our ability.'

Chairperson Aoife Lane says the association will host an AGM this time next year while she is also hopeful that there can be some kind of funding provided from either government or the Irish Sports Council,similar to what their male counterparts receive through the GPA,

'We talked about that,we're going to be reasonable here. A lot of work went in to getting those grants for men and I think they did a huge audit and  economic value of men to sport. We don;t have that kind of data or information.we can't be foolish to demand stuff without having the proper argument.'

The GPA is of course now a part of the GAA itself after years of being outside of the tent as a separate independent body. Lane admits that the WGPA has a similar ambition to also come inside the fold to become a stronger unified group working for players.

'Absolutely, that's your ambition. We overlap so much that that is what you would like to achieve but it took the GPA ten years to do that. I really hope it doesn't take that long. I don't think it will take that long and we already got a show of support today but in time that would be an ambition of ours to be an official player's body.'

Mulcahy was among a number of speakers at the event this morning in Smock Alley:


popular
Carragher pushes all the right buttons and Keane delivers in gold
Jermaine Jenas' reaction to Eamon Dunphy punditry is absolutely hilarious
Conor McGregor's next fight narrowed down to two options
Ireland name team to play England
"At the end of it, you're just saying, 'thank God I didn't block that ball down'"
Rovers to continue Direct Provision initiative for 2020 season
The Tony Kelly show in the storm as forgotten man Shanagher shows his worth
You may also like
3 years ago
GAA world lines up to say goodbye and thank you to retiring Cork legend Valerie Mulcahy
5 years ago
Cork star Valerie Mulcahy comes out as first openly gay female GAA star
2 weeks ago
The three Kildare men putting their county on hurling map on Fitzgibbon weekend
2 weeks ago
The GAA Hour | Football | Dublin's third gear, division two bloodbath & Andy Moran positivity
2 weeks ago
The GAA Hour | Hurling | Limerick dominate Galway, Clare reshuffle & the art of hooking
2 weeks ago
We're all missing the point on Colm O'Rourke's comments
Next Page