So unfair what the Wicklow hurlers went through last night

Just when you think we're getting places.

You hear the horror stories of the club footballers in Waterford still not having their under-21 or senior championships for 2017 yet complete. You hear about Mayo and Roscommon being forced into playing a meaningless dead rubber in the Connacht FBD League midway through their National League campaign. You hear about the footballers in Tipperary playing their divisional final months after the county final was played.

Not one bit fair https://t.co/xpilezt0GM

END_OF_DOCUMENT_TOKEN_TO_BE_REPLACED

They organised a challenge match with Meath in the Royal County's centre of excellence on Tuesday night to help fine-tune their preparations.

Wicklow hurler Enda Donohoe filled us in on the sorry scenes that transpired.

At 4.00 on Tuesday, the Wicklow men were sure the game would be called off. They'd heard the forecast for snow all over the country. They'd seen the dull skies, they were warned about the treacherous road conditions.

But when they contacted Meath around 4.30 on Tuesday, they were told, to their surprise, that the game would go ahead. The pitch was playable, according to Meath representatives.

No ordinary weather but an ordinary GAA night as Meath’s hurlers brave the elements in Dungany #gaa pic.twitter.com/Kko5fa9UA9

"We saw the forecasts of snow and thought it would have been called off. We rang before we left for Meath to see if the match was still going ahead and they said it was. We left at 4.50 to get there on time," said Donohoe.

"One of the lads is in college in DCU and he was doing his exams this week. He ruined his alloy on the way to the game, because of the slippy roads, and this will be very expensive to replace. Other lads would have had to leave work early, we were supposed to be there at 7:15 and the centre of excellence would definitely be a long trek for a good few of our lads."

The car journey to Meath took ninety minutes. Ninety minutes of tricky driving because of the slippy roads. 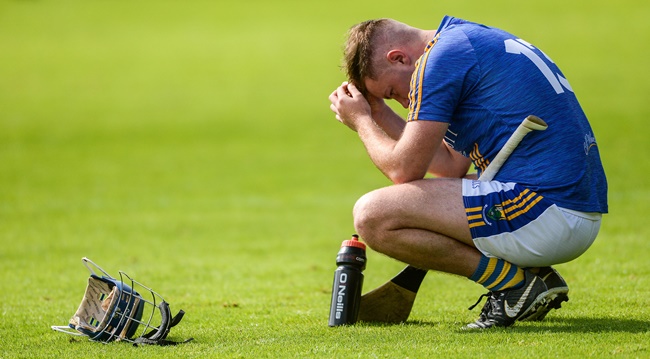 "We didn't arrive until 7:40 because of the bad weather. We could see it getting worse and worse. But we eventually got to the centre of excellence with a few skids and slips on the road along the way," he said.

This was the view from their cars. 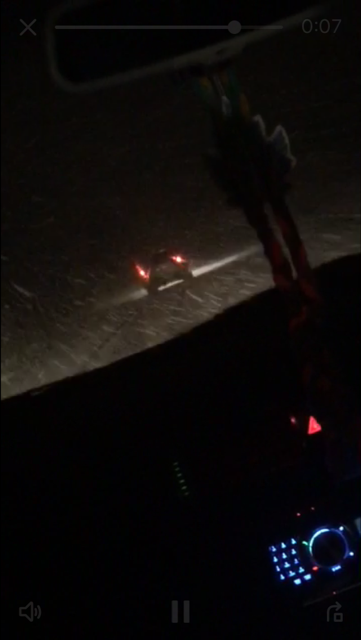 The Wicklow team were togged out, ready to brave the elements.

"Then, when we got there, we found out the game was called off just minutes before hand. The pitches were covered in snow and it looked like a lot of snow had fallen throughout the day. So it could've easily been called off earlier, we weren't home until 11.15," he said.

Seven/eight hours out of their days, and for what?

And then, ten minutes later, the Meath hurlers were out training on the pitch.
Advertisement
"They were wasting their time training on it," said Donohoe. 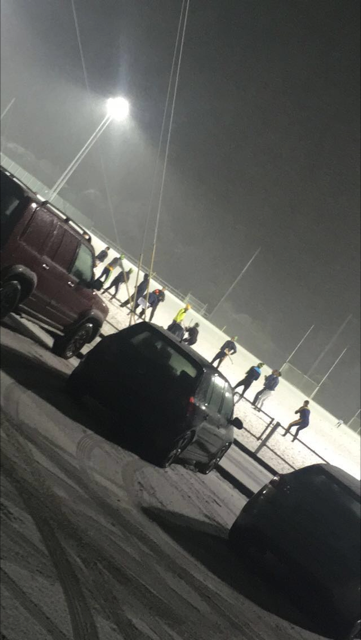 That's a week in the life of the GAA.


popular
"I remember someone saying, 'This guy's the best of the lot of them. Just wait for him'" - Brian O'Driscoll
"I trained with a guy that was born in 2004 the other day. We reckoned Earlsie could be his father!" - Peter O'Mahony
Nigel Owens on most annoying players to referee (three of them are Irish)
Six All Blacks but no Ireland players in world's top 20 list headed by Antoine Dupont
The story of the GAA's greatest ever minor
"I asked one question and lads slagged the arse off me!" - Johnny Sexton on Roy Keane chat
Cork GAA will have fight on its hands to hang onto top prospect
You may also like
3 months ago
Wicklow captain raises the roof with rip-roaring speech from the steps of the Hogan Stand
1 year ago
"If we can do the job on Saturday, then obviously that would be the pinnacle of it all"
2 years ago
12 years a Wicklow star, newborn only drove Fusciardi on
3 years ago
Eight county games taking place and the last club weekend of the year
3 years ago
Despite losing on Sunday, Wicklow champions lifted the pub with GAA's Allez Allez Allez
3 years ago
Rathnew dethroned in Wicklow after late drama at Aughrim
Next Page