Since the 1993/94 campaign, the National Football League has had clear divisions in standards with the introduction of a top flight.

Division One became the habitat for the cream of the crop who, until the inter-county season got moved into the one calendar year in 2002, were competing from October to May against one another.

Since then, there have been 23 league campaigns that have hosted a Division One - in 97/98, the format reverted for one season to mixed groups with no tiers.

For a few years, 16 teams laid claim to being a Division One county in any one campaign with 1A and 1B put on a level playing field and, since the introduction of Division One, 26 different counties in total have made it to the top table.

Not everyone lasted very long though. 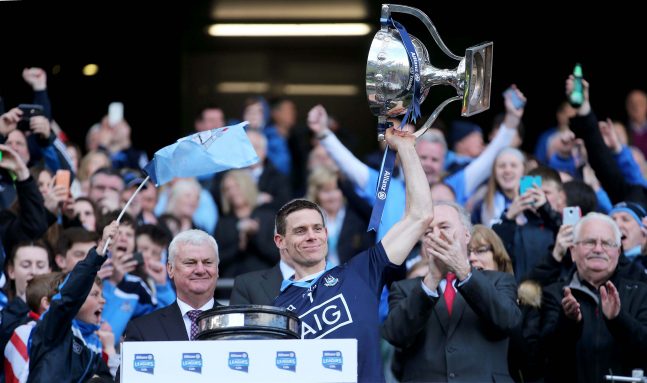 There's probably some sort of hurtful irony in the fact that Mayo have been the second most consistent league team of the modern era.

After coming so close to All-Ireland success in the last six seasons, the two syllables used to breath the word bridesmaids surely boils the blood of the westerners by this stage but only Kerry have featured in Division One more often than Mayo since its inception in 1993/94.

END_OF_DOCUMENT_TOKEN_TO_BE_REPLACED

For the last 20 seasons, Mayo have played every league campaign in Division One.

With different teams, different managers and different circumstances, the county has upheld remarkable standards but they haven't won the thing since Noel Connelly lifted the trophy in 2001.

Below is the complete list of teams to have featured in Division One for the last 23 seasons since the top tier was a thing. It really shows you a thing or two about a county's pedigree.

Seasons played in Division One since its inception in 1993/94:

You may also like
1 week ago
Seven-time All-Star Goldrick using time off to strengthen and improve
1 month ago
"Sometimes sport can overwhelm you, it was time for him to take a deep breath"
2 months ago
Dublin hurler Mick Carton back on the mend after winning another battle
2 months ago
"I'd spent hours and hours honing my left foot with my dad when we were young"
2 months ago
April club month a goner as virus threat causes longer delays
3 months ago
"That's not just handbags, there is a lot of really serious punches being thrown"
Next Page