“In the modern era a player can have taken four steps before you have time to blink."

Ulster GAA Secretary Brian McAvoy has issued concerns about the current four steps rule in Gaelic football, claiming that it is no longer fit for purpose.

The rule of course being that a player can take four steps before he or she has to take a slo or bounce the ball.

McAvoy would welcome the introduction of a time-based approach, rather than physically counting the individual steps of every player. 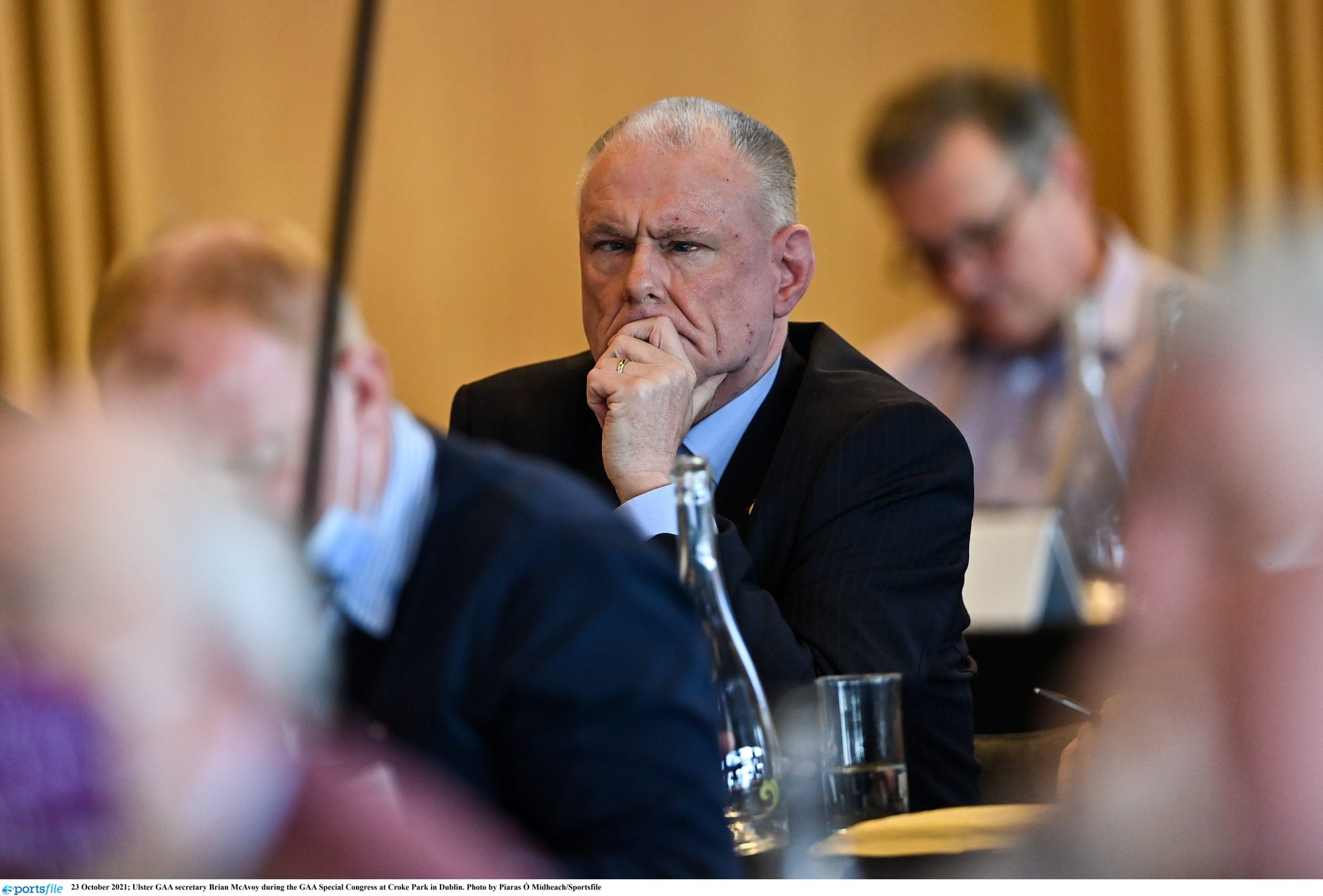 “Where a rule can’t be enforced it shouldn’t be there,” McAvoy said of the four-step rule.

“Some players move so fast that it would be almost impossible for a referee to count steps in real time, especially when he has so many other matters of which to be mindful. 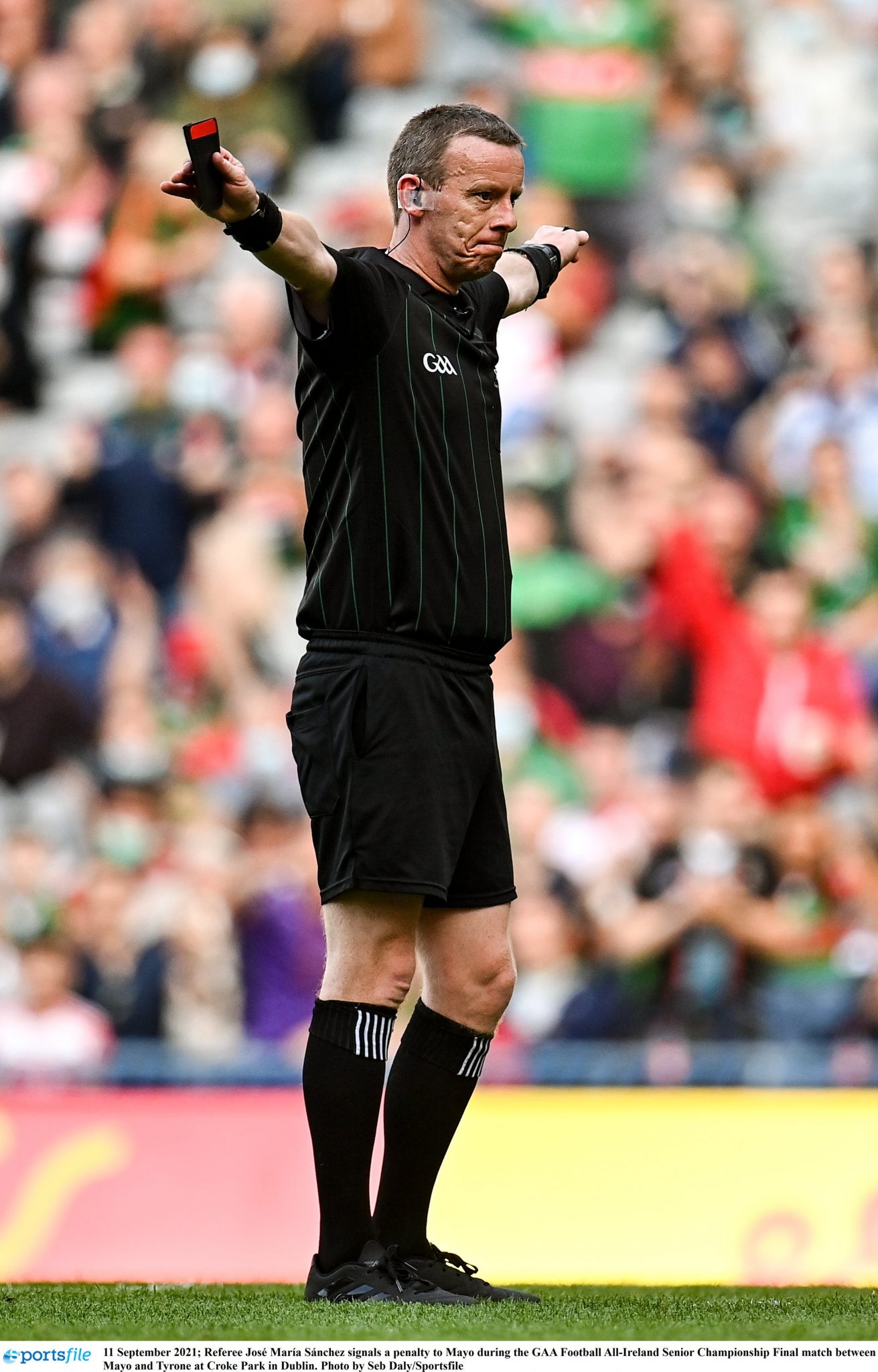 END_OF_DOCUMENT_TOKEN_TO_BE_REPLACED

“I therefore believe that the GAA’s Standing Committee on Playing Rules should consider the issue of steps in Gaelic football with a view to bringing forward a proposal for experimentation in 2022 or 2023.”

“The rule has been in place for many years and in relation to hurling it largely continues to fulfil its purpose. The same, however, cannot be said for football,” the Ulster secretary continued.

“It was introduced in an era when ‘catch and kick’ was the norm and for a player to take even four steps was something of a rarity. 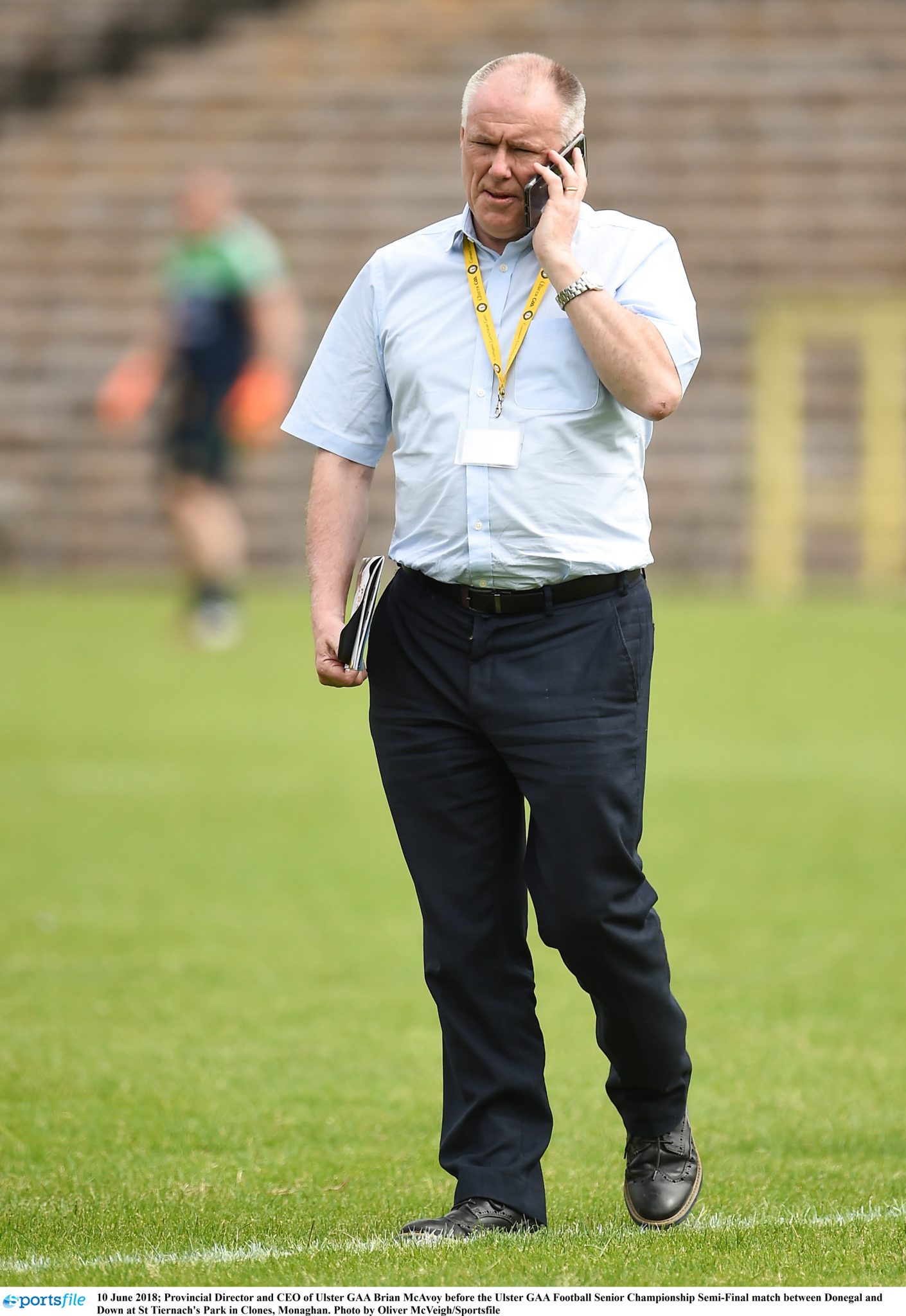 "But the game has evolved – it has changed from a game of ‘catch and kick’ to a possession game and the rule has failed to keep pace with the evolution of the game.

“In the modern era a player can have taken four steps before you have time to blink and if a referee in Gaelic football attempted to implement the rule there would be chaos.

"They therefore, understandably, choose to ignore it. Rarely is a player in possession of the ball penalised for over-carrying.”


popular
Mario Balotelli, Luis Suarez, Fernando Torres and why Rio Ferdinand "hated them"
"I don’t trust you" - Joey Barton delivers brutal dismissal of Irish defender
"I remember just hugging this Irish guy" - How one Kiwi rugby star reacted to Ireland's historic series win
Down county football is in tatters, but Conor Laverty is the man to piece it back together
Javier Hernandez offers to play for Manchester United for free
Gatecrashed interviews and chip-shop previews - Wexford GAA's online coverage sets the standard
"I'll ask for everyone that comes to the game to wear purple and roots for us" - Pat Fitzgerald
You may also like
4 days ago
Antrim star saves someones life in the morning and then scores 1-15 for his club in the evening
1 week ago
"I just can’t agree with it" - Darran O'Sullivan critical of Shane Walsh's transfer to Kilmacud Crokes
1 week ago
Mayo star scores an outrageous total of 1-17 in Chicago championship game
1 week ago
The GAA hasn't gone away you know - Some great games on TV this weekend
1 week ago
Fermanagh manager happy to change honeymoon plans for All-Ireland final replay with Antrim
1 week ago
One week after All-Ireland heroics, David Clifford lights it up for Fossa
Next Page