"The penny has dropped, that system doesn't work anymore, we have to go and attack it."

From 'Puke football' to 'Total football', the times are changing in Ulster and for GAA fans, it's changing for the better. Lateral passing, blanket defences and zero kick passes are now old money in the currency that wins football matches.

Throw in the fact that the six counties are now allowed up to 500 fans in their grounds and it's fair to say that the northerners are leading the way in the climb out of this pandemic and back to the glory days of summer football.

Discussing the northern revival on The GAA Hour, Colm Parkinson admitted that: "Ulster football is where it's at, this might be a bitter pill to swallow.

"We always looked at Ulster for the last 10 years like 'Ah that's terrible boring shite up there, it's hard-man stuff, it's defensive stuff, at least we play a bit of football down here' - but now they're playing football. They will have 500 fans cheering them on and we just have to take our medicine." 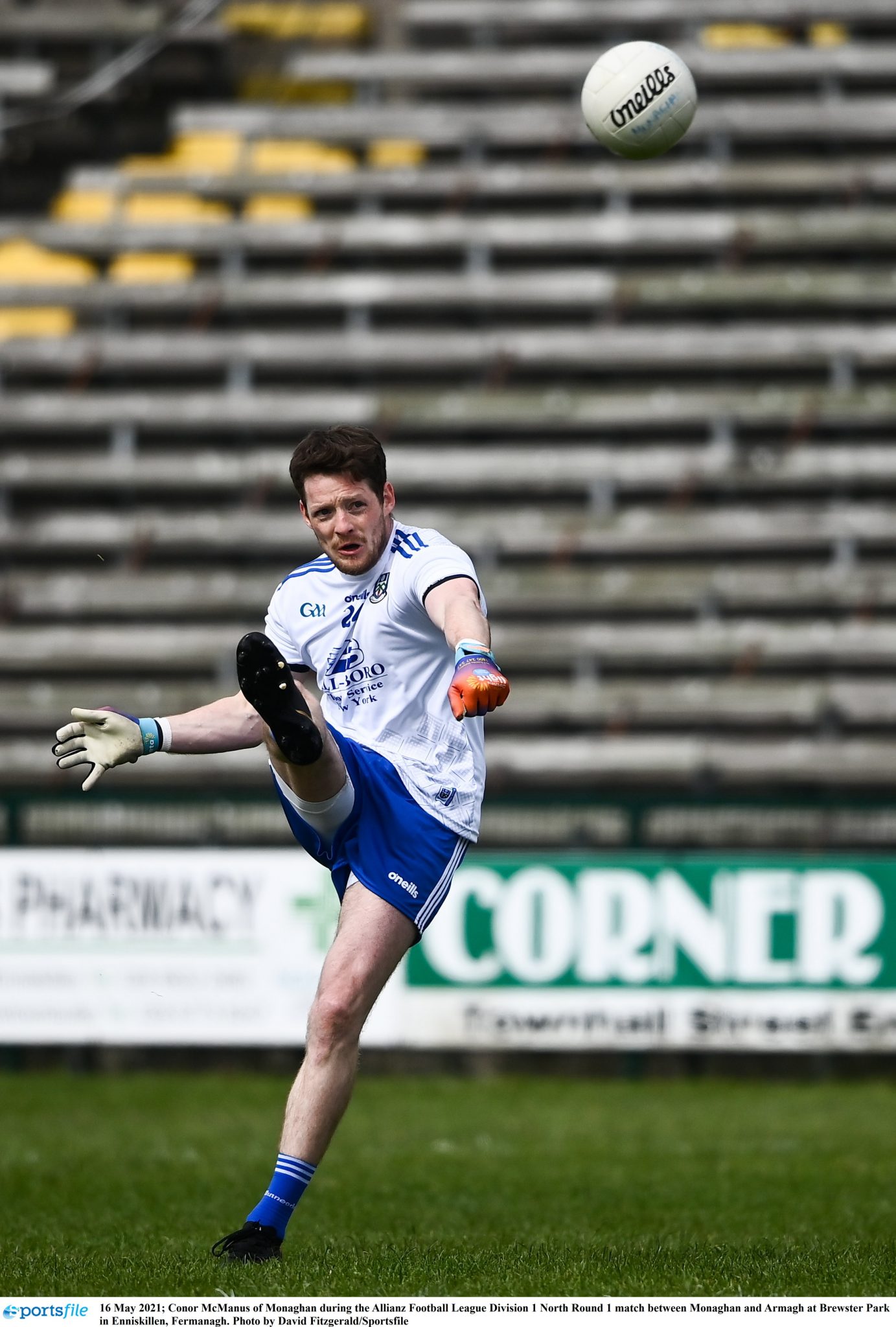 END_OF_DOCUMENT_TOKEN_TO_BE_REPLACED

Former Dublin forward Alan Brogan was all too familiar with the rough, tough and defensive systems of Ulster sides that frustrated his team so often in the noughties, but enjoyed success cutting through them in the latter stages of his career.

"It's been fantastic and it's hard to put your finger on it," admitted the former Player of the Year. "Is it a fact that teams are saying 'Okay, we need to go a bit more offensive because if we want to beat the likes of Dublin, we have to score more?'

"Or maybe it's that there's only a week between games , so they don't really have time to be looking at stuff in-depth, so they're not getting their systems right."

Parkinson believes it is the former as to why these systems have changed up north: "It's very obvious to me. Donegal, Monaghan and Tyrone have looked at what teams have gave Dublin the most trouble; Kerry and Mayo - what way do they play?

"Have our systems for the last five or six years worked? No, so let's try something different."

END_OF_DOCUMENT_TOKEN_TO_BE_REPLACED

Colm Cavanagh used to be a key component in Tyrone's system under Mickey Harte and although he enjoyed great success with it, the former All-Star is more than happy to see a new brand of football on display.

"It's only taken six years to work it out," said the youngest of the Cavanagh brothers. "There's no doubt that attacking teams are giving Dublin the most trouble - it may not have looked that way from watching Tyrone v Dublin over the years, but we purposely did try and go more attacking. 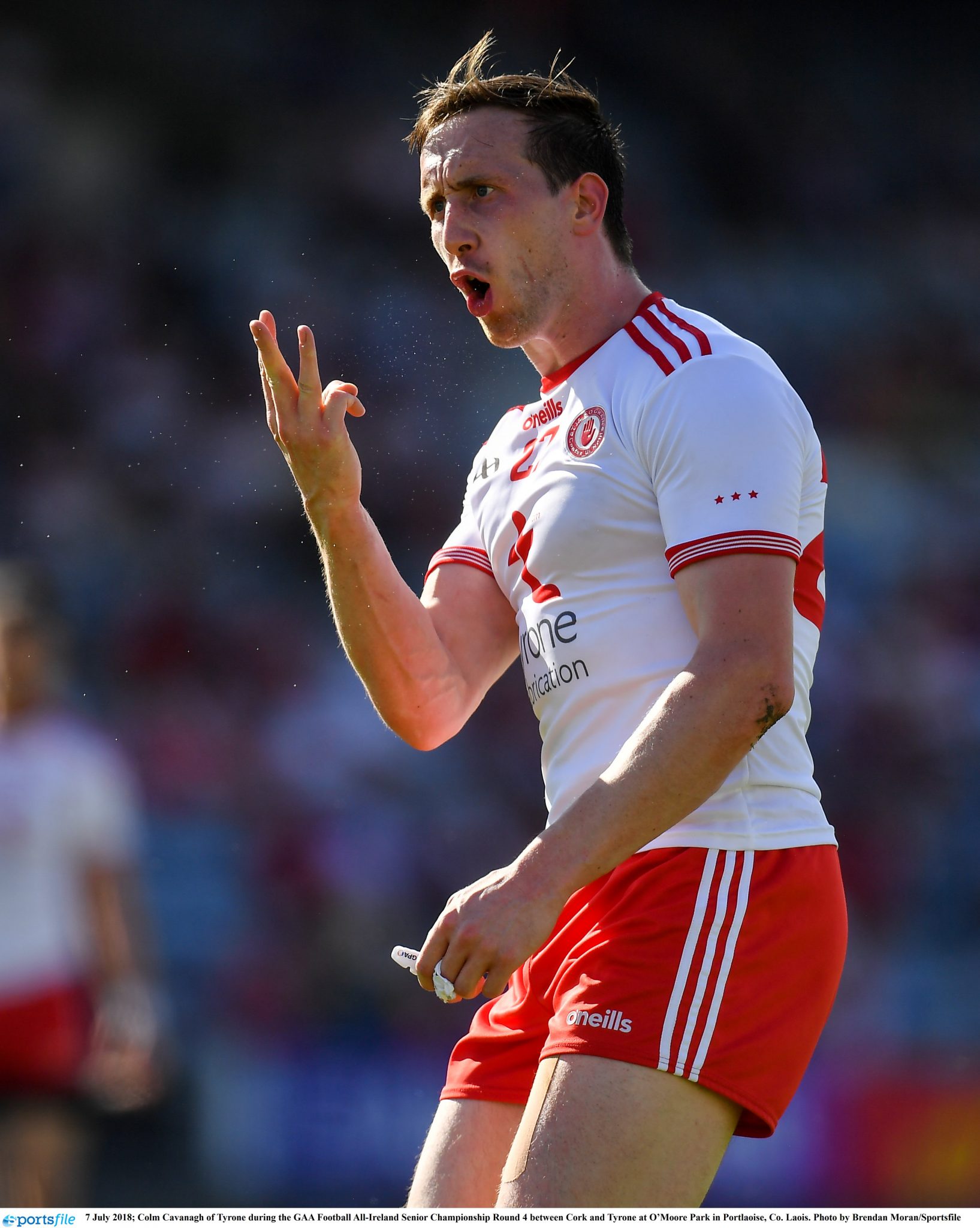 "Changing mentalities and changing the way you have been coached for years takes time. If Ulster teams keep doing what they're doing for the last number of years, they're not going to get anywhere, it's just not going to happen.

"I think the penny's finally dropped in Ulster football, the pandemic has maybe gave us a bit of clarity over the whole thing. I remember getting beat by Dublin years ago and I remember us losing heavily and we still sat back in a defensive shape.

END_OF_DOCUMENT_TOKEN_TO_BE_REPLACED

"We were losing by five, six or seven points and our team was sitting behind the 45, still defending and I remember just screaming at guys to get out. That's the way we had been coached for years and the penny has dropped, that doesn't work anymore.

"We have to go and attack it and if we lose by 10 points, that's okay. Losing by 10 points or losing by five or six, does it really matter?"


popular
"If I break my wrist, it's on f***ing both of you." - Koepka and Berger act the spoiled child
Shane Lowry delivers big time for Europe as he takes down US stars
Simon Zebo gives Andy Farrell better answer than any interview could provide
Galway fans' frosty reception for Davy Fitz doesn't make any sense
Padraig Harrington's 12th hole reaction as McIlroy and Poulter roasted needs no words
Team USA stars so confident of victory, they start chugging beers at Ryder Cup
How the band 'Two Degrees' wrote the song that became Tyrone's All-Ireland winning anthem
You may also like
1 week ago
"There were murmurs that he didn't have it on the big days" - McCurry's redemption
1 week ago
"Why is he going for the top right hand corner?" - The GAA Hour break down Ryan O’Donoghue’s penalty miss
2 weeks ago
"I do think Dublin were complacent, you could even see it in their play" - Briege Corkery
2 weeks ago
"To us, I think that was a huge insult. How we got there was definitely not through luck"
3 weeks ago
'From a Tyrone perspective, I was glad to see Tommy Walsh take that shot'
1 month ago
"Hegarty looks like he's hitting with a pitching wedge. Diarmaid looks like he's going with the driver"
Next Page