When Gaoth Dobhair wanted a job done, Odhran McFadden Ferry was always the chosen one.

It was operation Rian O'Neill against Crossmaglen. The Armagh hotshot ended his day with a red card and an early shower.

Micheál Lundy for Corofin. The Donegal champions were beaten that day but Lundy never got a score before his black card in the game's 36th minute.

Prior to that, Kieran Hughes was was kept quiet for Scotstown. Different day, same result. 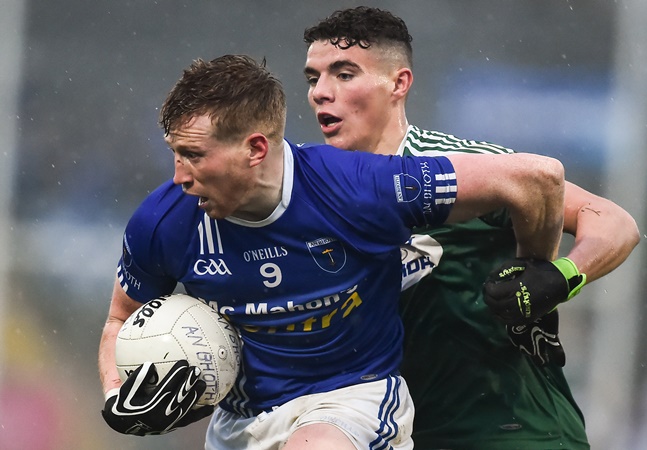 We could keep on naming the victims of this man-marker's bristling CV.

In the county championship, Niall O'Donnell, Ciaran Thompson, Leo McCloone and Martin O'Reilly all had their fill in Donegal. Two years previous and Michael Murphy had a plucky 18-year-old sherrifing his every move. Kilcar's Eoin McHugh was the same and then Rory Kavanagh experienced it in the quarter final.

How are you to break away when a man's water-tight?

END_OF_DOCUMENT_TOKEN_TO_BE_REPLACED

But it was only a matter of time before he broke onto the county scene and that's why Sunday was just another day for McFadden Ferry.

The bigger the challenge, the better this lad gets and even though he's only 20 years of age, even though it was his first ever game for the Donegal seniors, nobody in Gaoth Dobhair was surprised.

Cavan's former professional soccer Martin Reilly was the detail. The half back carried it out to near military precision.

"The thing that I thought was very impressive from Donegal was bringing McFadden Ferry on and telling him to follow Martin Reilly everywhere," said Conan Doherty on Monday's GAA Hour.

"It was his Donegal debut, you know, to play in an Ulster final like that was amazing, but they say he's the best marker in Donegal. Wonder was that a Stephen Rochford move?" 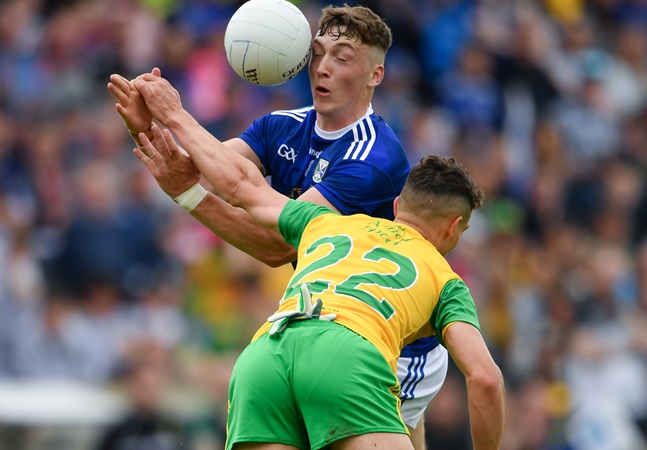 "McFadden Ferry, remember him with Gaoth Dobhair, he was a torturous fella to mark..."

A clever move by Donegal alright, but they're no stranger to those.

"Even a smarter move was when that speed demon Stephen Murray came on at half-time for Cavan, Donegal brought on Daire Ó Baoill the very minute he made two good runs. Ó Baoill was straight on to man-mark him then, I love little things like that, they seem very obvious but you don't see it enough," added Wooly.

popular
The SportsJOE 12 o'clock quiz | Day 144
"No doubt he'll say he played shit like he normally does, but I thought it was a good game."
SportsJOE 2000s Football Quiz | Round 12
Portumna prodigy streaks to eight shot Irish Boys win with bogey free round
There's a very simple reason why PSG have signed Maxim Choupo-Moting
The SportsJOE 12 o'clock quiz | Day 143
Brooks Koepka puts PGA Championship leaders on notice with final round comments
You may also like
1 week ago
"Don't consider carpooling to training is the advice now" - Killeavy back in business
2 weeks ago
"It was always in our minds to lay down that marker" - Kilmallock up and running
3 weeks ago
"If you're a footballer, a proud footballer, you'll love training and you'll love competing"
1 month ago
"We haven't got that excuse anymore" - Kickhams primed for Dublin championship
1 month ago
Na Piarsaigh's coaching set-up a juvenile's dream
1 month ago
"I have more work done than any player in Ireland" - The Trevor Giles tribute show
Next Page