Dublin take on Tyrone at Healy Park, Omagh on Saturday night in the Super 8s (or, as the GAA prefer, Quarter-Final Group 2 Phase 2). Both sides won their opening games in the group stages and can all but confirm an All-Ireland semi-final spot by taking the spoils this weekend.

END_OF_DOCUMENT_TOKEN_TO_BE_REPLACED

Mickey Harte's men were go into the game with confidence, having filleted Roscommon, but last year's roasting by Dublin in Croke Park has surely not been expunged from their collective consciousness.

As home side, on Saturday, the Red Hand county will play the host at Healy Park. Despite not being a firm favourite of the current squad, Tyrone management are set to take advantage of being the home side by making the playing pitch narrower.

Saw a picture of the pitch in Omagh last night, it has absolutely been narrowed. Expect plenty of hits 😁😁

Tyrone star Sean McAliskey was quick to point out that the change was just to change a quirk of the current pitch.

The narrowing of the pitch was up for lively debate [from 45:00 below] when The GAA Hour: Live came to Cookstown to preview Tyrone vs. Dublin. 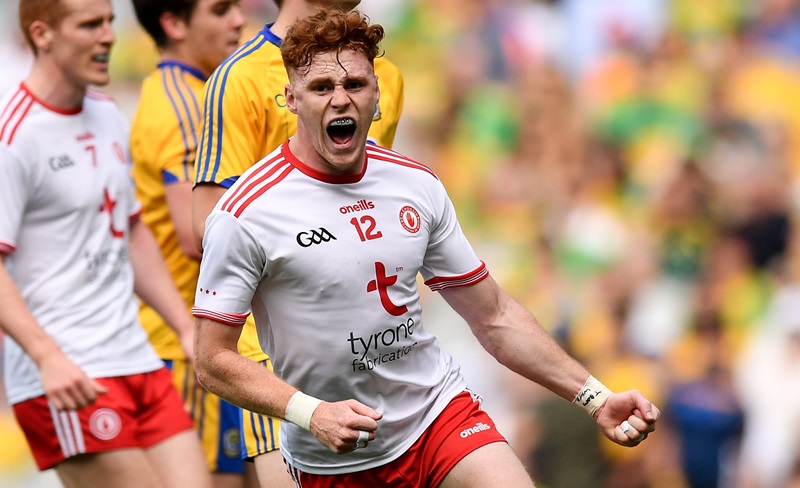 "A tighter pitch would probably suit Tyrone, you'd imagine, because Dublin played with a lot of width last year at Croke Park."

Indeed they did, with the likes of Paul Mannion and Paddy Andrews posted out close to the sidelines and taking the position of 'corner forward' quite literally. It worked to devastating effect as Dublin led 1-9 to 0-5 at the break before eventually reaching the final with a scoreline of 2-17 to 0-11.

"Damien was going on about Portlaoise and he says, 'Jaysus, that O'Moore Park is a terrible tight pitch'.

"I was listening and I think, 'O'Moore Park is one of the biggest pitches it the country'. It was [former Laois hurling manager] Cheddar Plunkett - he always narrowed the pitch in when they played Galway!"

Referring back to the sideline meleé in 2006's 'Battle of Omagh', McGuigan joked that a narrower pitch would at least mean that subs and backroom staff from both sides would be at a safer distance should anything kick off this weekend.


popular
Get him a tuxedo, give him the All-Star and for crying out loud, someone bring that man out to America
Fans react to Tottenham Hotspur's 'brilliant tease' for Richarlison signing
Southampton pay tribute as Shane Long leaves the club after eight years
Tiernan Kelly and three other players hit with ban following tunnel brawl
Mohamed Salah signs new long-term contract with Liverpool
Former England Under-21 captain open to playing for Ireland
Quiz: Name the players these famous footballers played alongside the most times
You may also like
3 weeks ago
The GAA community comes together in support of Sean Drummond
1 month ago
Just because they signed an autograph doesn't mean they're not hurting inside
1 month ago
Kilkenny, Dublin and Wexford could all still end up going out of the championship next Saturday
1 month ago
Familiar feeling for the Dubs as Kilkenny rack up a cricket score
1 month ago
"I realise on the far side that all of that stuff is not what it's cracked up to be." - 2011 reunion allows O'Sullivan to take it all in
1 month ago
"Jesus, no, if he finds out, he'll think I'm going soft now." - the social life of inter-county GAA players
Next Page