St Mary's Belfast ground out a 0-15 0-13 win over Maynooth University in their Electric Ireland Sigerson Cup quarter final to become the first team to make it through to the last four of this year's competition.

Only a few of The Ranches' 2017 winning team are still involved, in Niall Toner, Colm Byrne and Stephen McConville but there's a new crop of players coming there now and the Belfast Teacher training college lads will take fair beating again.

Wednesday in DKIT Sports Grounds and a dangerous Maynooth University are putting it up to them. Their Monaghan starlet Stephen O'Hanlon who ran riot against Dublin last weekend is causing wreck again. His direct, pacy runs are boring holes in the Mary's rearguard and he kicked two fine points from play on the back of them in that first half. 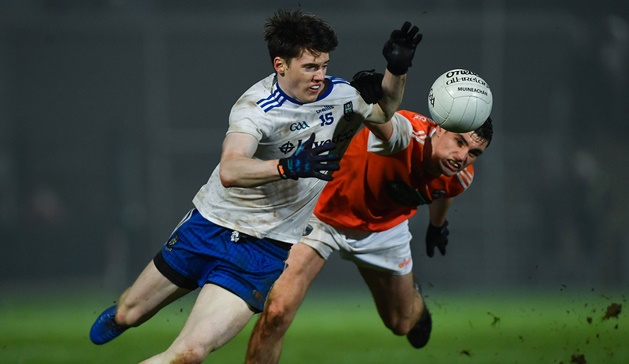 Padraig Fogarty and Jimmy Hyland are also dangerous but the Mary's lads are calm and collected and despite Maynooth dominating that first half, a clinical Mary's team are only trailing by a point at the break.

A powerful Jarlath Óg Burns kicked a beauty and the reliable Shane McGuigan is keeping them in it. The Mary's lads pop up from all corners and with the team struggling, Tyrone corner back Liam Rafferty came up with a big score from the outside of the boot after breaking through from deep.

That was the score of the day and you can watch it from Jerome Quinn's brilliant coverage here from 0.32. 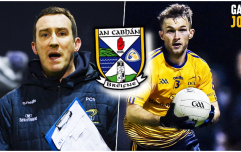 END_OF_DOCUMENT_TOKEN_TO_BE_REPLACED

And then in the second half, they take off.

Tyrone's Colm Byrne, a survivor of that 2017 triumph comes into it and Niall Toner kicks a crucial one as Gavin McGilly's begin to stretch their legs. O'Hanlon keeps Maynooth in it with another trademark one but Mary's go onto win by two.

"You can see that team-ethic coming through again, there's always a good team spirit in the Ranch," said Byrne to Jerome Quinn after the game.

They're back into a semi-final now and with the 2017 run showing how dangerous they are when they get there, the college of less than 1000 students must be considered one of the best pound for pound GAA colleges in the country.

popular
Eric Dier calls Dele Alli on his tantrum in All Or Nothing changing room row
The SportsJOE 12 o'clock quiz | Day 181
Sean Kelly sums up emotion of a nation as Sam Bennett all but sews up the green jersey
"I've always said I'll go back and play. I'll 100% play with Portlaoise again, and I really want to play for Laois"
The Tipp minors who beat Dublin's golden generation: the ones that got away
QUIZ: Can you name the 5 Man United players in 15 seconds?
The SportsJOE 12 o'clock quiz | Day 179
You may also like
7 months ago
Monaghan livewire lights up Glasnevin to seal Sigerson glory for DCU
7 months ago
The legend that is Pat Critchley has IT Carlow on brink of Sigerson history
8 months ago
Molloy braced for another clash as Sigerson and club fixed for same day
1 year ago
Sean O'Shea has Mallow drooling but Jarlath Óg Burns is some man to fetch
1 year ago
Letterkenny IT win Trench Cup after outrageous scoring run in final minutes
1 year ago
UCD stunned in Sigerson semis after being held scoreless for 38 minutes
Next Page