"We're a typical Irish family, the bedrock of our parish is the GAA"

Loughmore-Castleiney are only a small club.

Their pick is small, their parish rural. The quintessential GAA club it might be said. That's where the similarities with most others end.

That was a remarkable feat by the mid-Tipperary parish. But Loughmore-Castleiney have far from faded away in the intervening years.

Two more Tipp SFC titles have been won since, a couple of hurling finals have been lost too but they are always there or thereabouts. 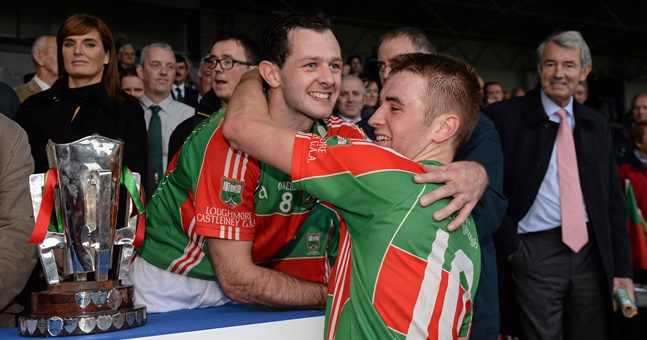 Always prominent in one of Ireland's most competitive club championships.

So prominent that you'd have to notice things. Like the McGraths playing mid-week football championship just days after losing an inter-county hurling game against Cork. Like the number of McGraths listed on the Loughmore-Caslteiney team. On any Loughmore-Castleiney team.

Club is family they say but this parish gives the phrase new meaning. You could have six, seven, eight, nine McGraths to beat any day against Loughmore and then Pat or Tom would be on the sideline too.

On Sunday, the club were back on the map again with three brothers bringing All-Ireland medals home.

END_OF_DOCUMENT_TOKEN_TO_BE_REPLACED

On Friday Noel, the PwC Hurler of the month spoke about what the All-Ireland win meant to him, his club and his family.

"At home I suppose, we’re a typical Irish family. You don’t be telling everyone what you’re feeling. But you just know that they’re proud of what we’ve done. It’s nice to repay them with that, with good days out. They’ve had some great days following us with both Loughmore-Castleiney and with Tipp over the last number of years. It is great to have that. The bedrock of our parish where we come from is the GAA. To have all them good days means a lot to a lot of people. To actually be a part of it is great..."

"Like most GAA players around the country, when you’re young, you’re depending on your parents to get you to training, to get you to matches. In Loughmore, it’s such a small place, there’s no such thing as getting buses and things like that. They had to get you everywhere. There was times they wondered how we’re going to sort him out this weekend with three boys and a girl to go to different places. But we appreciate all that they’ve done. It does help, knowing they’ve been three supporting you and still are.

"I just spotted them on the way down [after lifting the cup], they were down the front. There was people down there from Loughmore-Castleiney from different parts of Tipp. It’s nice to meet them so soon afterwards and having your parents there. The sister was down as well. It’s nice to meet them all. They’re special moments like. They’re ones that you always dream of. To have them become reality is great. 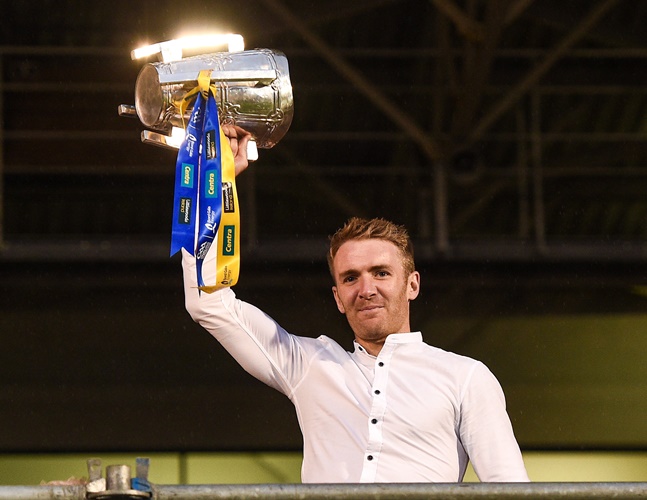 As for his own game, Noel played one of his best ever. 28 possessions in 70 minutes, the midfielder dictated the whole final. When asked how he always seems to find himself in open space, McGrath nods that the first touch is crucial.

It’s hard to know. Some days you’ll get that space and time and other days you feel like everywhere you move, there’s someone standing on top of you. If you’re going to camps and telling young players about getting the first touch into your hand, the quicker you can get it into your hand, the more time you have."

END_OF_DOCUMENT_TOKEN_TO_BE_REPLACED

"When it came to Sunday then, everywhere I turned, the ball just happened to be there...it was only afterwards when it was mentioned inside in the dressing room that I realised how much I had been on it."

As for his razor sharp passing, his previous life in the forwards helps him know where to put the ball.

"I think it definitely does help, the fact that I used to play inside there, because you know that when you’re in there what it looks like looking out at ball, what way it’s coming in, what movements you need to make. That experience of being in there has really helped me out around the middle of the pitch.

"You have guys in there who are top quality players so when you give them in the ball, they’ve been very good at winning it and doing what they need to do.

And now he can't wait to get back in with the club. Football and hurling.

"You’re going to enjoy last Sunday as much as you can but at the same time, life goes on and it will be all forgotten about again and there will be something else to talk about. We’re back with Loughmore-Castleiney in the football championship and then the hurling kicks off and all the players from last week will be in action.

"To have that focus is a great thing to get you going again. We all seen it during the week with Seamie bringing the cup to Drom and Liam bringing it to Portroe - how much it meant to them and how much it meant to them people. It means the exact same to us and our clubs and our parishes and players - they all mean the exact same to us and that’s why you’re looking forward to getting back playing with them, giving it all for that jersey in the next few months. There can only be one winner but we’ll all be doing the best we can to make sure it’s our own clubs." 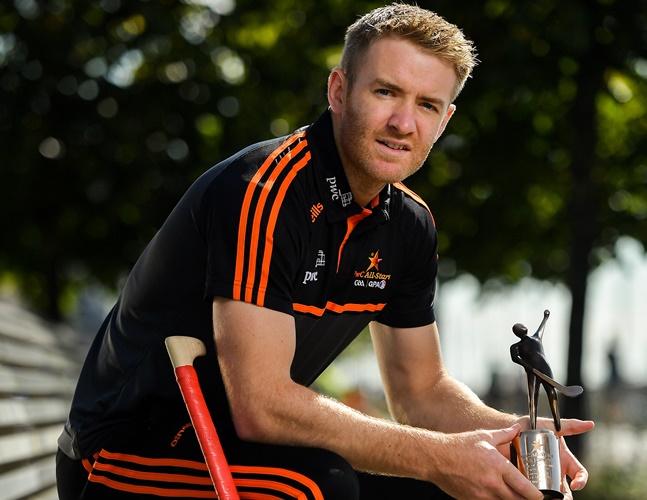 PwC GAA/GPA Player of the Month for August Tipperary hurler Noel McGrath was at PwC offices in Dublin today to pick up his respective award.


popular
The SportsJOE 12 o'clock quiz | Day 135
The SportsJOE 12 o'clock quiz | Day 134
It was Pierre-Emerick Aubameyang's final but Emiliano Martinez's moment
"Me and him used to room together, and he was a bit of a nightmare"
"I was around the place like a Jack Russell, snapping at all the big guys"
"It's not about winning at underage. It's about building players and building people"
The SportsJOE 12 o'clock quiz | Day 133
You may also like
2 months ago
"You had no other choice but to get down and dirty with these boys"
3 months ago
"It never crosses my mind that I lifted it on the pitch rather than on the stand"
3 months ago
GAA Hour | Tipperary v Galway 2001 All-Ireland hurling final
4 months ago
We give you the All-Ireland hurling final, you tell us the man-of-the-match
4 months ago
Even injury couldn't hold Richie Power's genius back
4 months ago
The 9 best home exercises to keep you pumped if gyms are closed
Next Page