These boys are racking up some frightening averages.

Friday July 19 and Laois and Dublin will do battle in the Leinster under-20 football final. On the handier side of the draw, the Dubs have cruised to the decider with facile wins over Longford and Wexford. Laois meanwhile, have done it a harder way having beaten reigning All-Ireland champions Kildare in the first round. Next up was Westmeath who they defeated after extra-time while Meath were taken care of on Tuesday night.

It all sets up mouth watering finale to this competition with Tom Gray's fancied Dubs set to take on an in-form and free-scoring Laois outfit.

Central to the their rampant attacking tune has been the form of Billy O'Loughlin's prodigious Ballyroan Abbey corner forward Diarmuid Whelan.

The razor sharp inside forward has ripped up the grass behind him so far in this campaign but it hardly comes as a surprise to anyone within the county. In Laois they've been talking about this fella for years. As a minor, he shot them all the way to a Leinster final in 2016 while he took the under-20 championship by storm last year despite being a year out of his age.

Wicklow knew all about it for example, with Whelan hitting them for 1-7 in a group game, 1-3 of it coming from open play. The captain for 2019, he was always going to mean business. 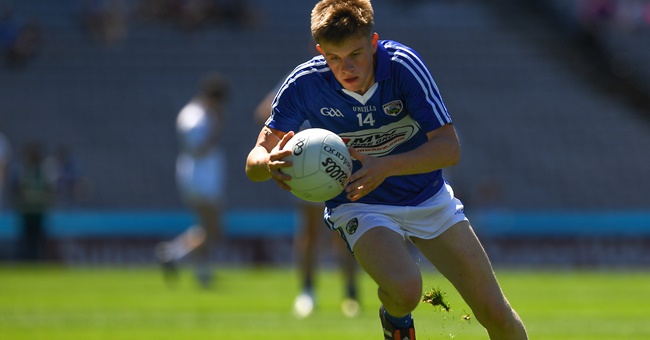 Diarmuid Whelan in action in the 2016 Leinster minor final against Kildare.

Laois took out Kildare in the first round and Whelan was inspired in Newbridge. He ended that evening with 0-10, 0-7 of them from open play as he shot the All-Ireland champions out.

Westmeath were next up and Whelan, the pacy and accurate forward hit them for 0-8, 0-3 from open play. In the semi-final, he was a little quieter with Alan Kinsella and Ronan Coffey stepping up to the plate, but he still managed 0-2 from play. That's 0-20 in three games, an average of four from play per game.

And with Laois having a clear-cut marquee forward, Dublin have a go-to danger-man as well. The St Maurs' forward Ciaran Archer hasn't so much risen from nowhere but his rise to key forward hasn't been as anticipated as Whelan's for example. 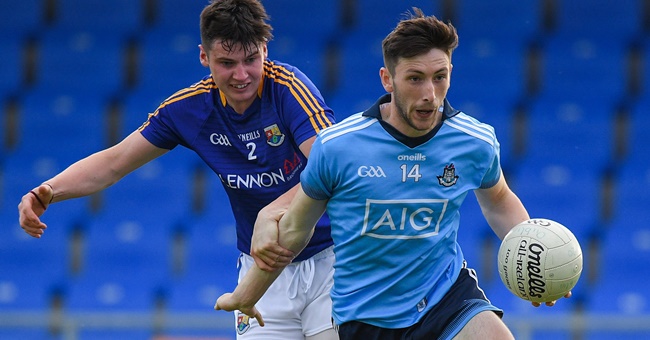 END_OF_DOCUMENT_TOKEN_TO_BE_REPLACED

While this Dublin age-group are no strangers to success and won the Leinster minor championship two years ago, Archer was a sub the day they defeated Louth in that final and again when they lost to Derry in the semi-final. He has filled out since then though and is now racking up big tallies for fun. With Dublin beating Wexford and Longford by a combined total of 40 points in the lead up to the decider, Archer has been on fire with 3-16 (3-4 from open play) to his name in two games.

Other big players for Dublin include Na Fianna's James Doran and the impressive centre back Neil Matthews.

"Laois certainly come into the Leinster Final fully tested, so we'll have to be at our best to be a challenge to them," said Dublin manager Tom Gray modestly to Dubs TV.

"Laois certainly come into the Leinster Final fully tested, so we'll have to be at our best to be a challenge to them".

Bring on the final!


popular
"If Murray is playing that first half for England, he's probably Man of the Match"
Jacob Stockdale and Johnny Sexton not spared by English press
Baz & Andrew's House Of Rugby - Twickenham carnage
Triple Crown wrenched away as England scrape Ireland off their boots
'Were they up for it more than us? That's my responsibility' - Andy Farrell
ROG hits the nail on the head assessing Ireland's performance
Tyson Fury reveals what happened when he sparred Anthony Joshua
You may also like
1 week ago
"At the end of it, you're just saying, 'thank God I didn't block that ball down'"
1 week ago
The GAA Hour | Football | Jonny Cooper interview and David Gough clarifies
1 week ago
"You're still trying to get your one-rep max higher, and your fitness higher"
4 weeks ago
Tipperary make statement of intent with battling draw against Dublin
4 weeks ago
"I was thinking, 'Oh my God, how am I supposed to play beside them?'"
4 weeks ago
Two giants rise above the fray
Next Page