It would have been very easy for the Trillick boys to curse their luck.

To throw their hands up to heaven and to feel sorry for themselves. This, a game they probably should have had wrapped up long ago, was a bitter pill to swallow and the blame game would have been an easy game to play.

For a while anyway.

That's not how the Trillick boys do their business though. They're a band of brothers whose bond stretches far beyond the Gaelic football field and though another Ulster championship loss will have hurt, it would take a lot more than a bit of hurt to split them up. 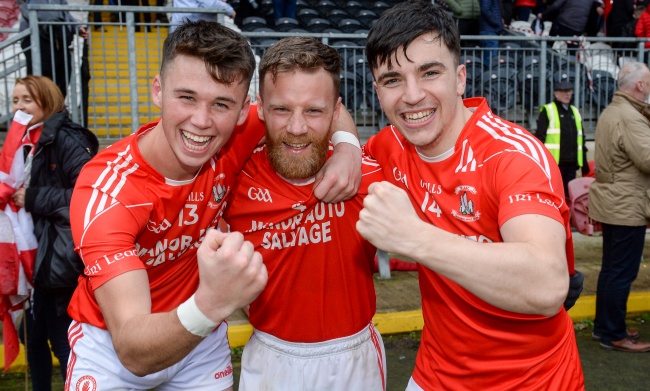 Brennan, the Trillick sharpshooter is one of the most naturally gifted players in all of Tyrone and he's the main reason Trillick made it to this stage in the first place, having starred in their county final win over Errigal Ciaran. Brennan kept Trillick afloat again on Sunday against Derrygonnelly Harps, with scores from play and from placed balls in the Ulster championship quarter final in Brewster Park.

With all the pressure on, he stepped up and slotted a gorgeous penalty too, to send them on their way in the shootout as well. 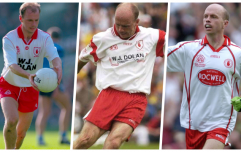 END_OF_DOCUMENT_TOKEN_TO_BE_REPLACED

But Derrygonnelly dragged them back. Into sudden death the shootout went and that meant Brennan was up again. The first is tough, the second is just a pure guessing game and Brennan had a near miss.

He slammed his second, decisive penalty off the post and that would be Trillick's final kick. Derrygonnelly were through. Devastation for the Tyrone boys but they showed togetherness right away.

With the Derrygonnelly fellas running towards their keeper in celebration, two Trillick outfielders sprinted towards Brennan to console him. Joe Maguire, the club's goalkeeper was quickly out to Brennan as well.

Win as a team, lose as a team.

The two @TrillickGAC players and their goalkeeper running straight over to Lee Brennan after his decisive penalty agonisingly hit the post.

Pure class. Win as a team, lose as a team. 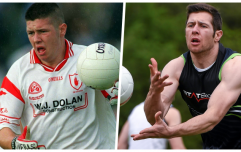 "Whatever you're eating, half it and whatever you're training, double it" - How Cavanagh had to drastically change his diet for senior county football

END_OF_DOCUMENT_TOKEN_TO_BE_REPLACED

It was contrasting emotions for Derrygonnelly, and their hero Conall Jones, who kicked a crucial free as well as their first and last penalties, talked Colm Parkinson through the emotion of it all on Thursday's GAA Hour show.

"It's very tough for the losing team, but I'm delighted with it," he said.

"The second one. I was happy enough, I was confident in myself knew where I was going and thankfully the ball went where I wanted to..."

"We thought we knew the goalie (Joe Maguire) seemed to be diving to the same side for all the right footers, so that's why I changed my mind..."

Now they're into Ulster's last four - with none of the remaining four having won the Ulster club championship before. It's wide open, and Jones is looking forward to it.

"There was a right bit of celebrating in Derrygonnelly on Sunday night. Kilcoo are a serious side, they'll be strong favourites to go on and win Ulster. You would have had Slaughtneil, Crossmaglen, Scotsotwn, Gaoth Dobhair - Kilcoo would have been there or thereabouts so they'll fancy themselves to go on now..."

You can listen to rest of The GAA Hour show here.


popular
Six minutes was all Alan Connolly needed to score two goals and set up another
Sensational scenes in Belfast as Antrim edge out Clare in a thriller
'Jesus Christ! How am I going to put up with this lad for nine weeks?!'
Gatland comments give insight as to why CJ Stander missed Lions call
Peter Queally vaults into Bellator title picture with stunning win over Pitbull
The Garry Ringrose narrative around the Lions Tour is complete bull
South African media shocked by Lions omissions of Sexton and Ryan

You may also like
6 months ago
Patton's cannonball helps Donegal edge the battle of Ballybofey
6 months ago
"Just to get that Tyrone jersey on my back and playing with the lads, it has been amazing."
6 months ago
"Conor McKenna is a better addition to Tyrone than what Tadhg Kennelly was to Kerry"
8 months ago
GAA voices need to make more noise in fight against disjointed restrictions
8 months ago
Donnelly back with a bang as Trillick win the shoot-out
11 months ago
No club football for nine years but Canavan was always going to make it work
Next Page