Some of these are truly amazing.

So much is going on in such a short space of time that you can sometimes miss magical moments, so we have took a look back at the most spectacular images captured by SportsFile in 2021.

They say a photo tells a thousand words, but some are so powerful that they can leave you lost for them also.

5. A smile to match the silverware 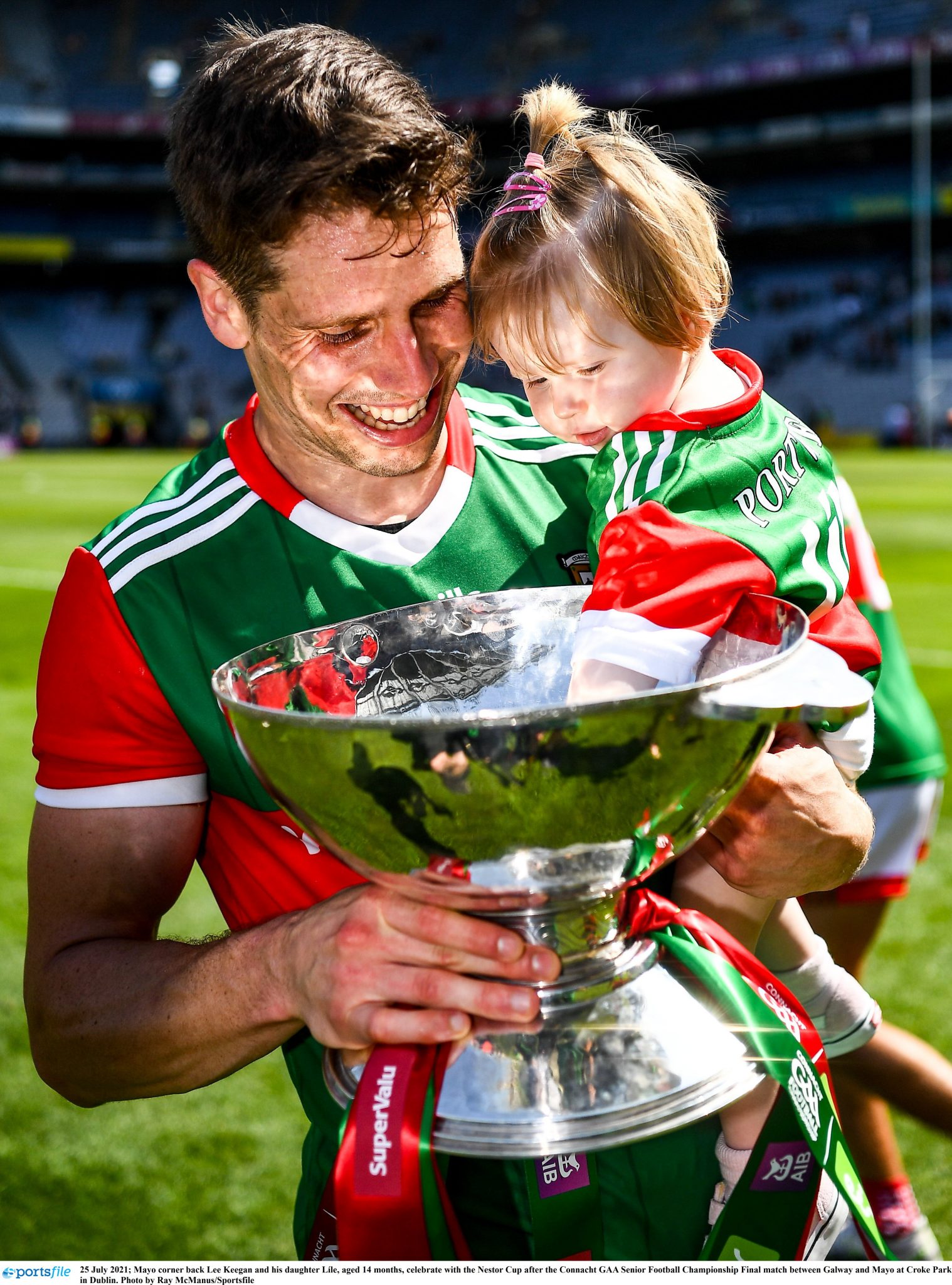 Lee Keegan admiring the Connacht trophy with his young daughter is enough to make your heart burst.

With inter-county stars sacrificing so much to achieve these moments, this image captures why they can all be worth it in the end.

4. Never EVER give up 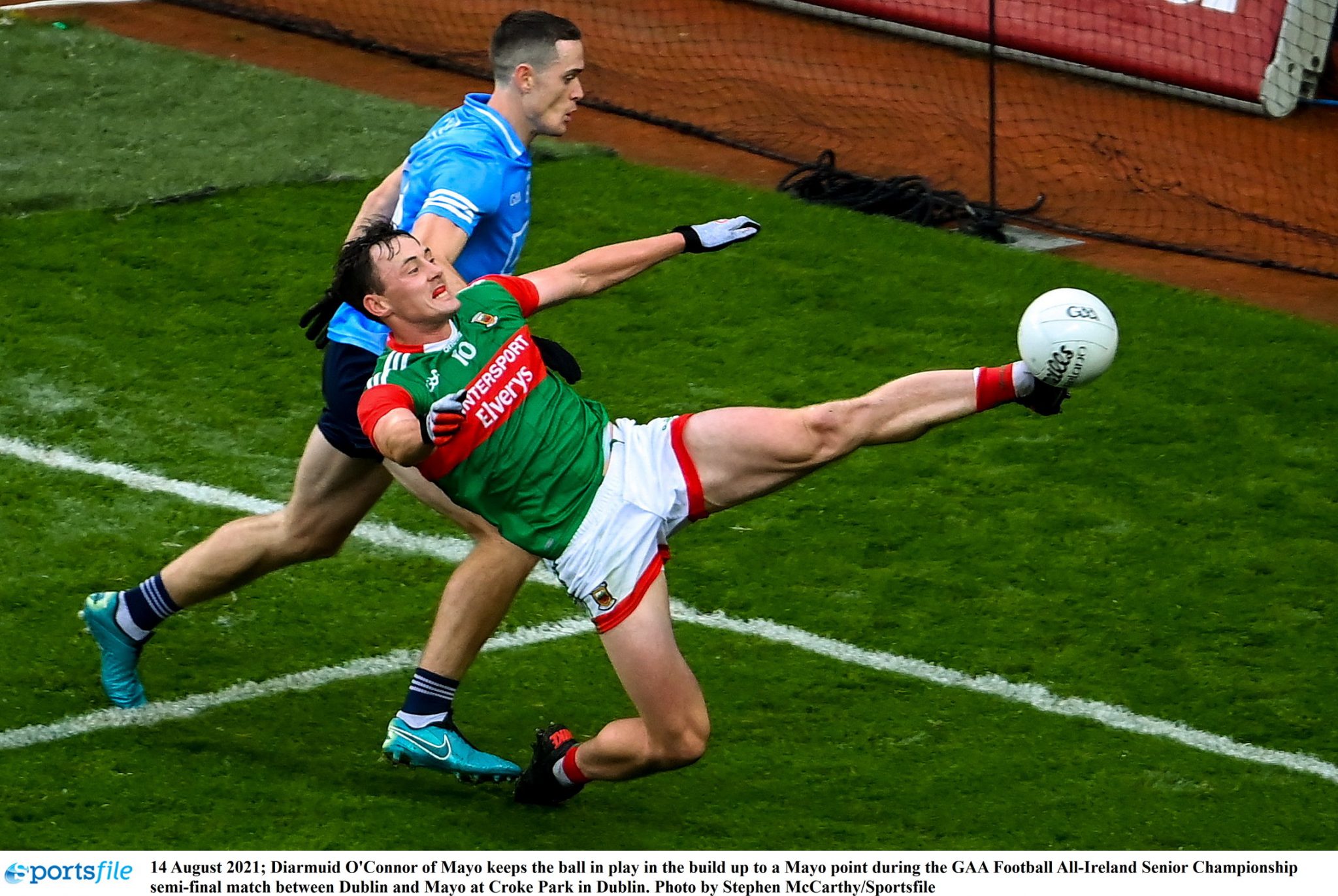 Diarmuid O'Connor wasn't listening to the media, critics or experts who thought that Mayo were doomed to suffer yet another loss to Dublin on the big stage.

END_OF_DOCUMENT_TOKEN_TO_BE_REPLACED

With the game seemingly going down the same old road, with the unbeatbable Dublin continuing their seven-year undefeated streak in the championship, O'Connor lunges himself for what is surely a lost cause, and with every ounce of will power in his body, being summoned to his left foot, he keeps the ball in play, and it eventually leads to the score that carries the game into extra time.

Mayo then went on to be the first team since 2014 to beat the mighty Dubs in the championship.

3. Sometimes your own achievements can be overwhelming 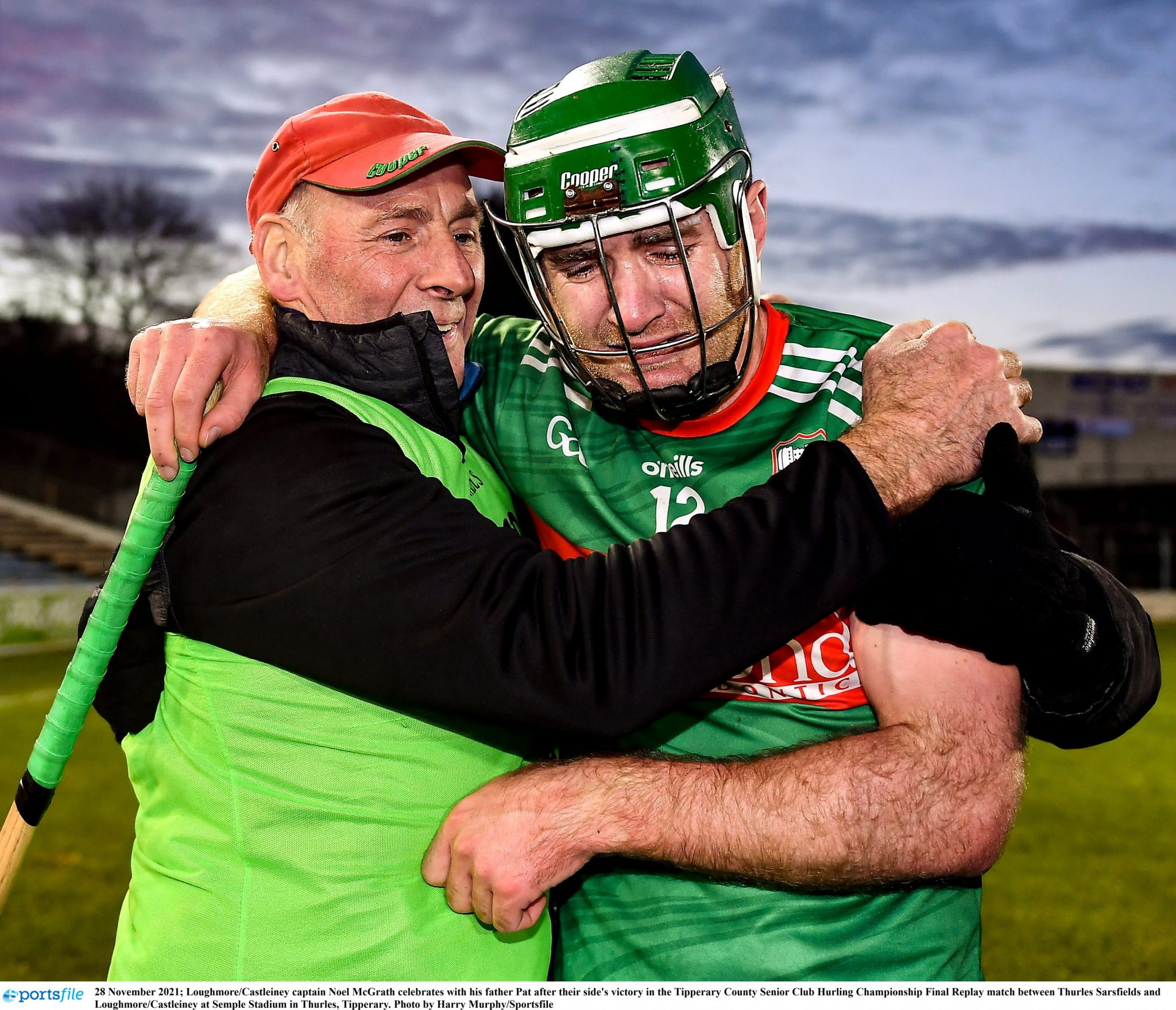 Noel McGrath celebrates with his father Pat, as Loughmore Catleiney complete an historic double, winning both the county hurling and football championships.

They etched themselves in history as the ultimate dual club, with the same manager for both codes, playing hurling one week, and then football the next, and most of the team doing both sports, it was truly phenomenal.

They epitomised everything that is glorious and possible with dual clubs, and hopefully others will learn from their example. 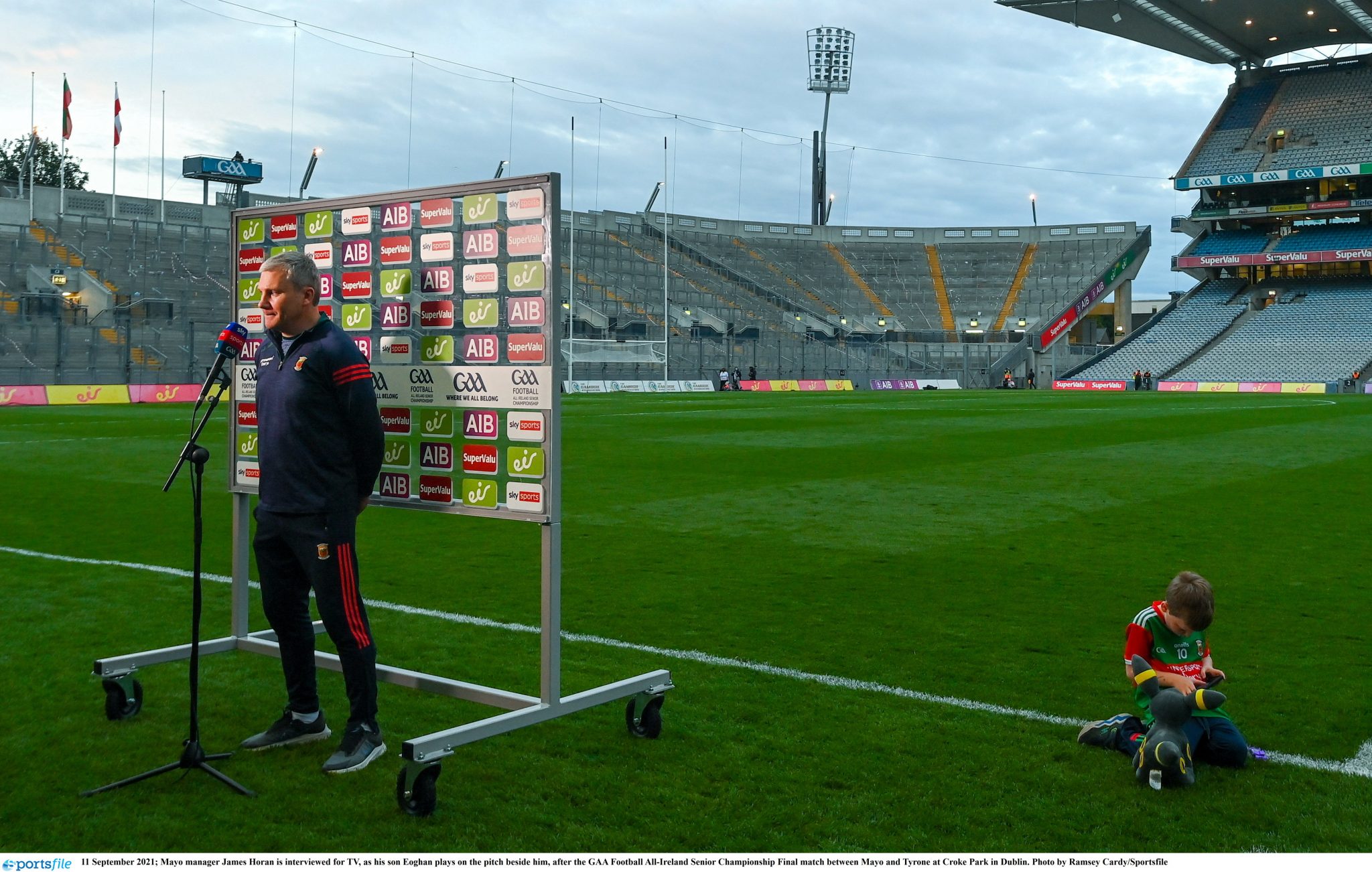 James Horan pictured delivering his post match interview after losing yet another All-Ireland final to Tyrone.

In what must have been a bitterly disappointing and difficult time, you can see his son sitting on the side, happily playing with his toys in Croke Park.

Not deterred by his county or his father's disappointment, or amazed by the fact he is sitting on the blades of grass where history is made, he has much more important things to attend to, and it's a beautiful reminder that sometimes football, is actually just a game, and not the life or death spectacle we can make it out to be.

1. Everything on the line 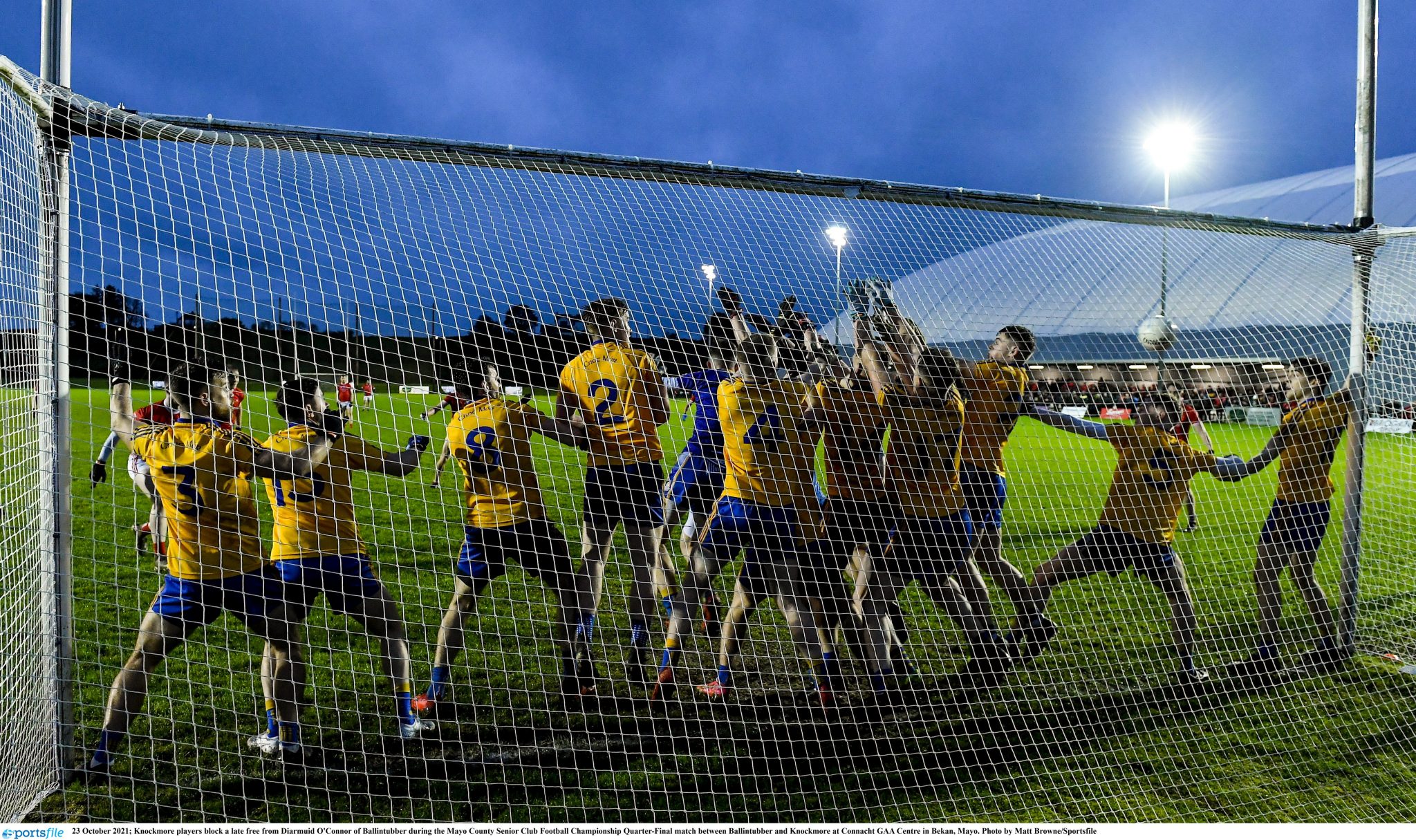 When Knockmore played Ballintubber, and gave away a late free from close range, the entire team stood on the line to stop a potential comeback from happening.

In this amazing image, you can see a whole squad united in their cause of defiance to not let their lead slip.

The referee actually gave away a penalty straight after this, deeming someone to be charging off the line, and substitute goalkeeper had to step up and stop Mayo legend, Diarmuid O'Connor from the spot to save the day.


popular
Ireland team to play Wales: Andy Farrell's XV, the big calls and bold cuts
Everton release brutal 59-word statement to confirm Anthony Gordon departure
Chelsea fire back and clear up why Hakim Ziyech's PSG move collapsed
Five confirmed changes and guidelines to have big impact on 2023 Six Nations
"Every team did it!" - Paul O'Connell on Roy Keane comment to Ronan O'Gara that he couldn't deny
Owen Farrell praises Johnny Sexton in revealing interview ahead of Six Nations
"It's crazy to think Bundee Aki might come straight in and start against Wales"
You may also like
6 days ago
Lidl launches One Good Club in support of youth mental health
2 weeks ago
O'Byrne Cup reduced to farce as Offaly withdraw from competition
2 weeks ago
Rory Gallagher expects Glen players to be back for Derry the week after club All-Ireland final
3 weeks ago
"That fecker, again?!" - A Dubliner's perspective of going up against Lee Keegan
3 weeks ago
The top five GAA players who never won the All-Ireland
3 weeks ago
Dessie Farrell reveals why Paul Mannion and Jack McCaffrey returned to Dublin
Next Page