It'd be like being thrown into the deep end.

Being an inter-county player has its serious demands. The average week normally goes something a bit like this.

This isn't even including the team meetings and one-on-one feedback sessions with management that are regular too.

It takes over your whole life - it is your life. Despite working a full-time job, being an inter-county player is a full-time job in itself between the training and the eating, the camps and the games.

And they do it all for nothing but the pride of playing for their county.

But next thing you know, you're done. The best of careers have to come to an end. Father time catches up with everyone.

Brendan Cummins announced he was hanging up his inter-county boots in 2013, 18 years after making his senior debut, and it was a career that finished with two All-Ireland medals so there are no regrets. The five All-Stars he amassed proved he was one of the best.

But now he's back with the club and things are going well with Ballybacon-Grange in a Junior final but it's always going to be weird going from the elite level of inter-county to Junior hurling club.

"The transition is gas," Cummins said.

"You go from a county set-up where there's 25-30 training every night. And then you go back to where training is down for half seven and it's only quarter to eight or eight before you get going.

"There could be just eight or nine or 10 lads. So you could say there's a bit of patience involved in that. At the same time, because we went back junior a couple of years ago, we were then in a grade we felt we could win.  And suddenly more guys came to the pitch and we're getting the benefits of that now."

Cummins was evidently unsure about leaving the inter-county scene. It made sense because of the family commitments and lack of game time. It made sense full stop.
But there's always going to be that nagging doubt of 'are you still good enough to play inter-county?' What if you went back with your club and were still playing well?
To combat that, Cummins decided to play outfield for his first year and ended up scoring 19 points in one game:

They make the difference https://t.co/AVfD8f7z60

"Yeah, I was inside against Cahir in Clonmel, it was mad stuff," Cummins said.
"There were a few frees thrown in as well, but it was just one of those days. I had played outfield in conditioning games with Tipperary the previous year so you do get to a level where you're moving that bit faster, so I suppose that was probably a carry-over. And then it was just one of those days where everything just went right.

"I played out the field because I didn't want to play in the goals having retired. Because if I was playing well in the goals I would have regretted my decision to leave Tipp. So I said I'd go out the field and there would be no hope then of saying I should have stayed another year or anything like that.
"Because I suppose my philosophy had always been you should leave a year or two early from the inter-county set-up. There's no good waiting until you've gone stale. That's the rule of thumb I worked off. So I played out the field and it worked out fine and then I was back in goals the following year." 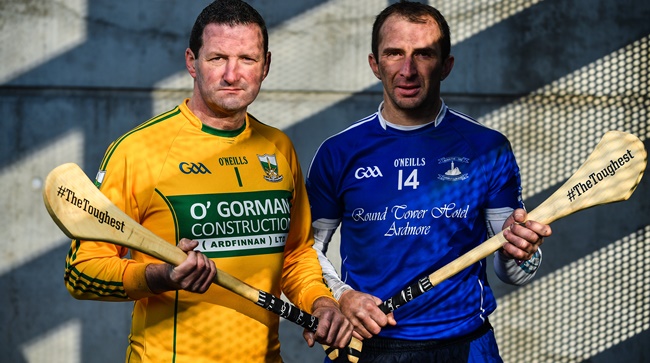 popular
Warren Gatland mentions three Irish players as potential Lions captain
The SportsJOE 12 o'clock quiz | Day 221
"We're doing it for the group and for what's going on in the country" - Andy Farrell
QUIZ: Can you guess the football club badge?
Two changes as Ireland name team for Six Nations title decider
Paul O'Connell names four Irish certainties for Lions, and one bolter
Gini Wijnaldum shares his favourite gym workout for the abs
You may also like
10 months ago
QUIZ: Name the 32 counties from these club championship winners
1 year ago
'The Iceman' inspiring Neil McManus to get the best out of himself and the Glens of Antrim
1 year ago
The club that started the year with no manager and ended up in an All-Ireland final
1 year ago
Quiz: Which classic club GAA player are you? Take the test to find out
1 year ago
Dr Crokes have a simple way to produce good footballers but not enough clubs do it
2 years ago
The best club football 15 in recent history
Next Page