"Both camps would be at training this week and thinking - we are going to win this match."

The Ulster final is upon us and it's Tyrone v Monaghan in a game that should be tighter than the modern player-fit jerseys.

Monaghan have the heart, the momentum and are sure in their playing style and identity.

END_OF_DOCUMENT_TOKEN_TO_BE_REPLACED

Tyrone have big names on the pitch and on the bench, with serious depth in their squad, a Darren McCurry firing on all cylinders and new lease of life about them.

"I think both will come down with their own style that they will both be happy with. I think both camps would be at training this week and thinking - we are going to win this match.

"Just looking at that small bit of extra depth that seems to be in the Tyrone squad, that bit of extra flair. I mean if you look at Paul Donaghy who didn't even get a run, when he had previously scored 10 points against Donegal. 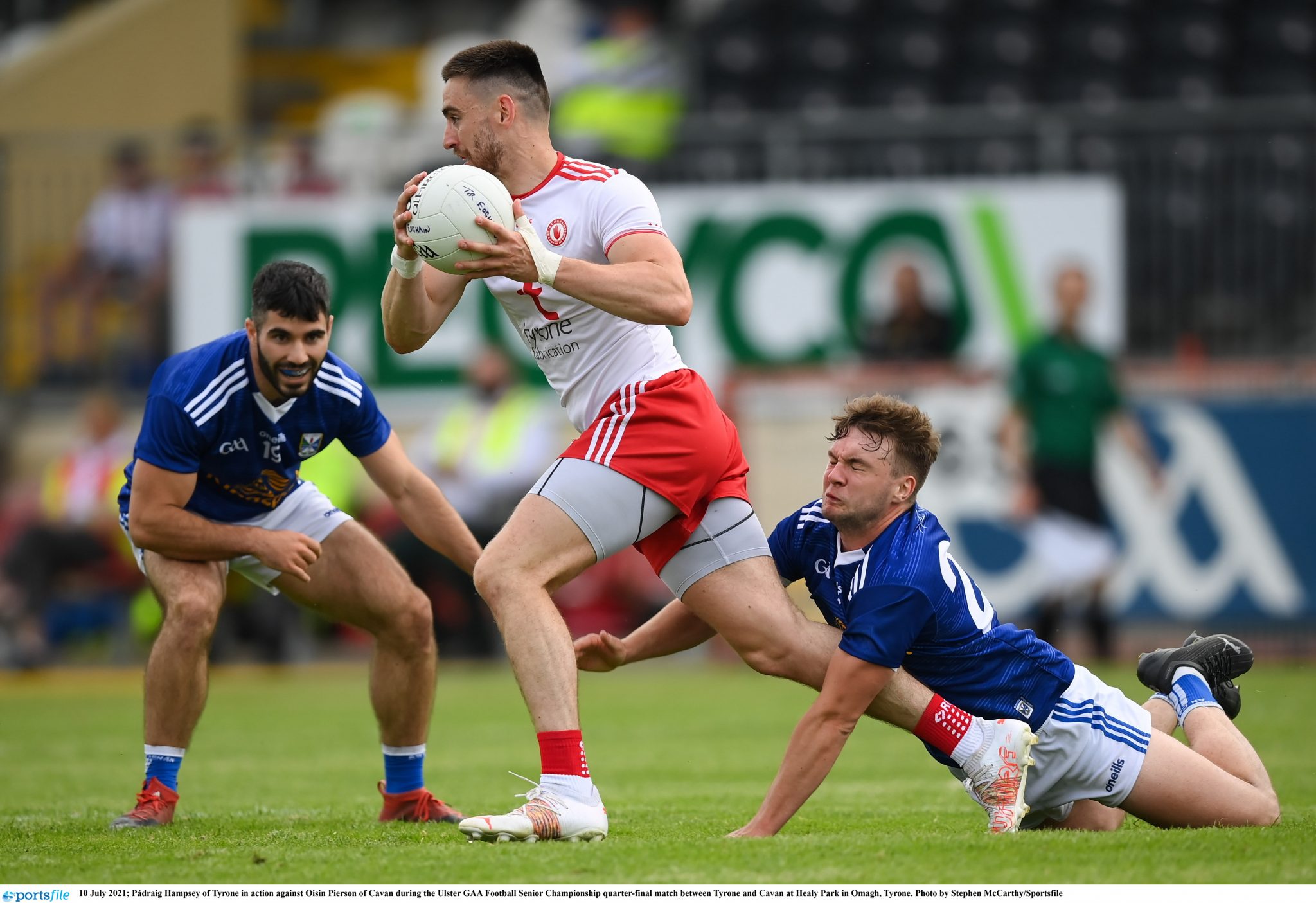 "If he's playing in Donegal, he's playing in some part of the match, that's the depth that they have. Like Mark Bradley, I've seen him at times, he's been almost un-markable at times, but he's not getting a run either.

"You're just not seeing that in other counties, and I think, with those players stepping up now, it's the freedom again after the Harte era.

"You see that with loads of teams getting a bounce with a new manager, I would say with Logan and Dooher, they're probably putting a bit more ownership back on the team.

"They would be like 'listen, this is your team, if you're having a huddle at training, you have to kind of raise this, you're calling what way we play these tactics, I'm just opening all of this up to the team and giving them a bit more responsibility.' 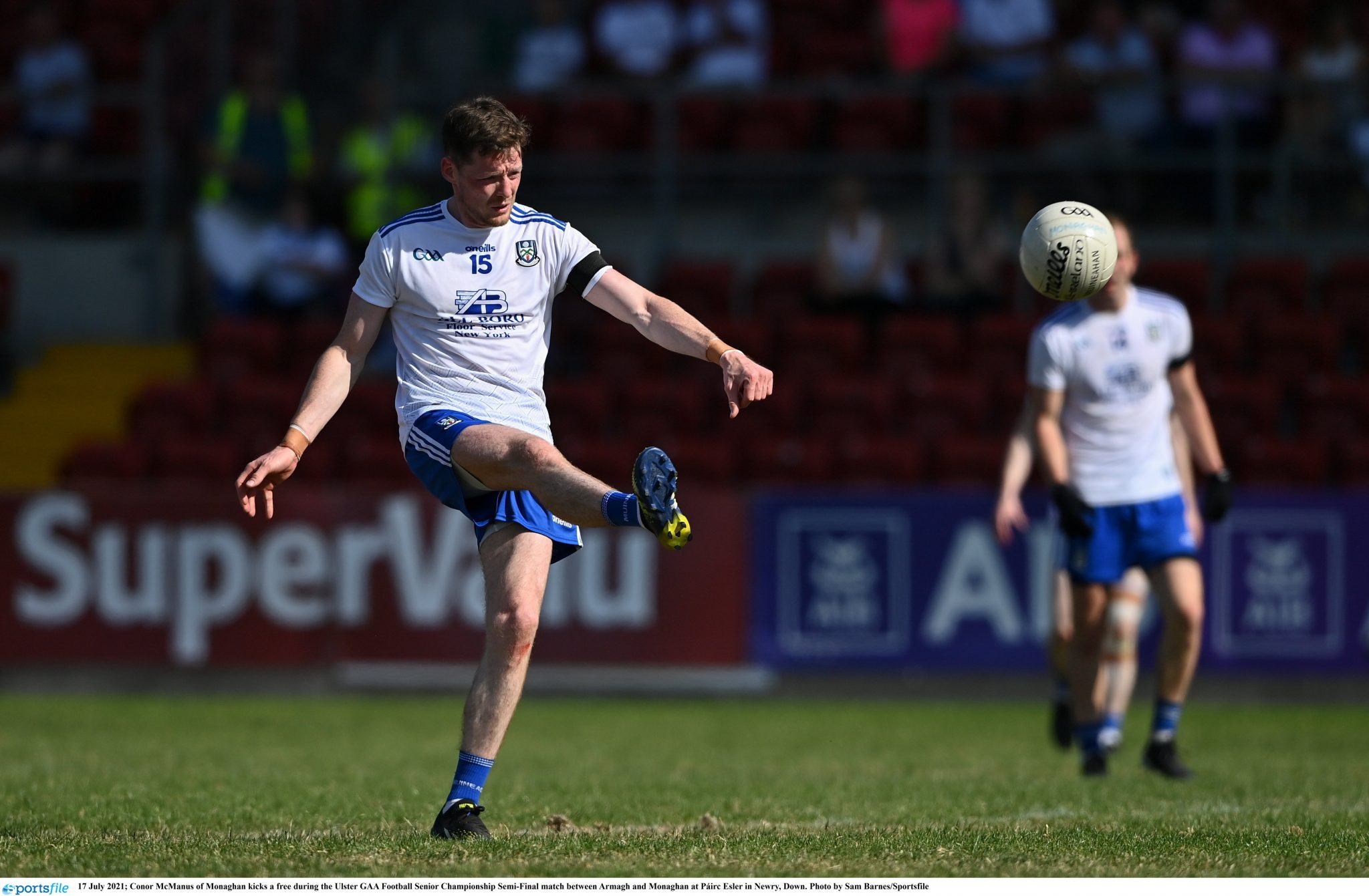 "So both teams would be coming in with that wee bit of flair and excitement, for Monaghan, they have been a disaster in Ulster since 2015, so this is a massive buzz and a massive lift to them.

"Of course, there is the sadness that is going into it as well, so there is so much back story in this, I certainly think it is the most fascinating pairing we have had in Ulster.

END_OF_DOCUMENT_TOKEN_TO_BE_REPLACED

"There is going to be a lot happening here, and how the players deal with decisions, for and against, is important. Long range kicking is a thing as well. If this comes down to a one-point game, look at the absolute coolness of McManus.

"I mean how many players would have thrown that ball back to Beggan and just said 'right, this is your thing.'

"I've seen McManus do this quite a few times, I mean most forwards would say 'I'll just leave that to him,' he says naw and just steps up and takes it.

"I think that lends to positives for them. If Beggan lands a few of them monster kicks as well from the 50, that could have a telling part to play in an Ulster final."


popular
"Some of the generals wanted me executed" - Irish rugby legend on flag caper that went wrong
"Johnno went, 'We’re not moving! You're trying to mess us about!'" - Ben Kay recalls red carpet controversy
Rio Ferdinand claims that Cristiano Ronaldo should have been told to 'sit down' against Young Boys
Garry Ringrose challenges "pretty ridiculous" changing conditions for women's players
Andrew Trimble has to put his puke in his pocket as Mulcahy struggles with heavy handed leadership
Neil McGee hasn't worked in eight weeks after back injury but still won't rule out championship return
It won't mean much but Pat Spillane's compliment to Mayo and to Lee Keegan says it all
You may also like
2 days ago
SportsJOE Gaelic football Team of the Year
3 days ago
"Why is he going for the top right hand corner?" - The GAA Hour break down Ryan O’Donoghue’s penalty miss
3 days ago
"What Tyrone winning brings is hope" - Jim McGuinness and Kieran Donaghy believe the GAA landscape has changed
3 days ago
Sean Cavanagh praises certain Tyrone players for stepping up and reaching their potential
5 days ago
Mayo are favourites but Tyrone will benefit from rocky road to the final
5 days ago
Fans try to sell their Gerry Cinnamon tickets so they can watch the All-Ireland final instead
Next Page