And didn't it work out well for Brian Howard.

He passed up the chance to go on Dublin's team holiday at the start of 2018 because he had an impression to make. They questioned his decision, they told him that the Dublin forward line was already a done deal and they wondered whether he was really going to push men like Connolly or Flynn out of the picture.

The Raheny man had a point though, and he was hell-bent on making it, as he told us on Monday afternoon at the launch of the AIB Future Sparks Festival.

"I just wanted to keep on playing football. I just thought that when they were all away, I could do a bit more fitness or play a bit more football...

And once given the opportunity, the 21-year-old was away in a hack. He ripped it up in the League and he got even better during the championship. He plucked balls from the sky, in possession he was always cool, calm and collected and all year long he just drifted past players like they weren't even there.

By the end of it, he was an All-Star and the second best young player in the country. It was some rise but he's taking it all in his stride.

"My first League start was against Kildare and I was obviously nervous in Croke Park for my first proper game starting there, but from on my confidence built and I learned by picking up little tricks from the other lads. 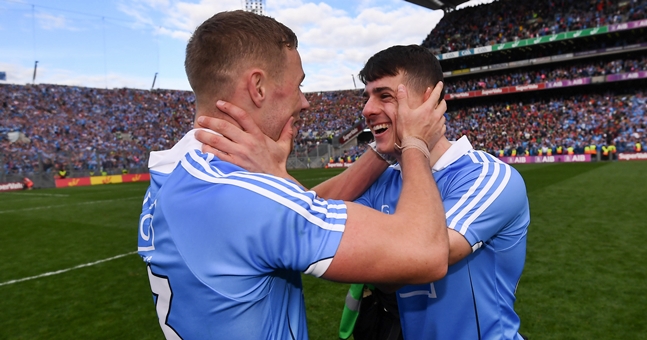 "I just kept developing, getting more confident. And Jim Gavin, he's a real man for if you're playing well then you'll get an opportunity, and, thankfully, I took mine."

Before that opportunity came along, Diarmuid Connolly had the whole country warned of Howard's abilities, and he was delighted to hear such compliments from a player he classes as an 'icon of the game.'

"Yeah, obviously, Diarmuid Connolly is such a massive player in Gaelic over the last number of years. I heard that, there was no added pressure from it, I didn’t feel it anyway - it was nice to hear from such an icon of the game, to hear that, not only does he know who you are, but also that he sees something in you. 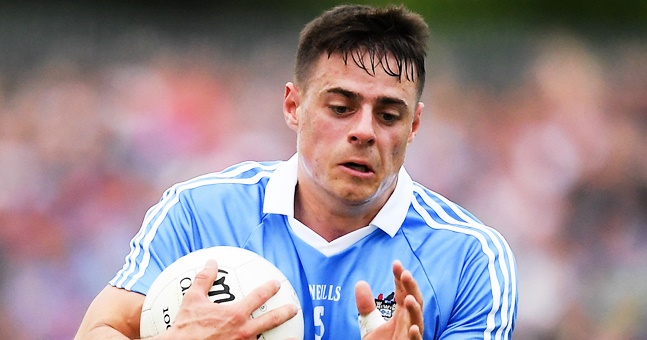 Diarmuid Connolly's prediction for Brian Howard was near prophetic

"It did, it gave me a confidence boost to hear it from him. It helped because, I knew, going back to training that there were lads seeing something in me - Jim had me on the team and other lads were giving little heads up as well - ‘oh you’re doing very well at this or, you need to work harder at this.’

"Obviously it was something that I never really dreamt of until I started playing with Dublin.  it's a nice cherry on top to win an All-Star, but our main focus was to win the Sam Maguire.

Then whatever came after that was just a bonus. We got through the All-Ireland and won the Sam Maguire so I thankfully then got an All-Star."

One of the many reasons he was one of the standout players in the country last year was his brilliantly deceptive sidestep. He sold many a player down the river with a late shimmy and he explained where it came from, and how there's even more to come this year.

“The thing is, I don’t even know what I’m going to do. If the defender can read it, fair enough but it was never something I worked specifically on, it was something that I always knew I had but I never know when I’m going to do it or use it up until the last second really, you’d look then and you’d be like ‘aw god I got around someone.’ It’s not something that I’ve really worked on, there are a few other things I can do but I mightn’t have shown them yet."

"I was playing a good bit of rugby there around fourth or fifth year...It was something I kept doing, there are loads of variations of (dummies) that you can do and some that I, hopefully, haven’t shown just yet."

This ability to express himself is key to his enjoyment of the Dublin set-up.

"100%, at the end of the day, we’re not robots, you go out and you’ve a job to do but on the back of that, you can express yourself which can help to make players stand out, whether it’s one on one or catching a high ball - it’s just something that we can do, there’s no pressure on us at all, if we do something bad, it’s just onto the next ball. The support from the management and your teammates is there all the time."

But now he's just rearing to get back into it.

"It doesn’t feel much different. I was dying to get back, the time off we had, I was itching to get back just as much as I was for the first year. There’s new lads coming in, there’s as much competition as there was last year so it’s just down to me now, and the team, it’s a team game as I said." 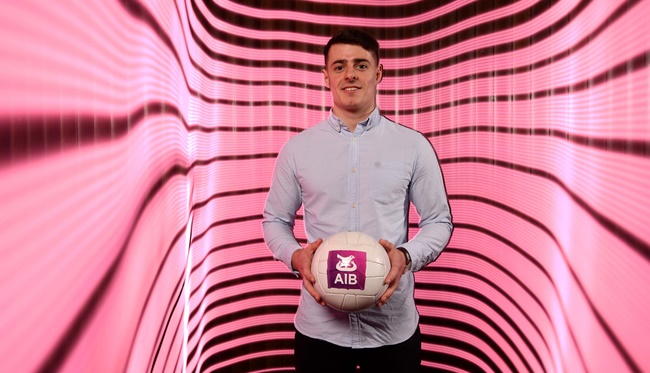 4 March 2019; Dublin footballer Brian Howard, who will be speaking at the upcoming AIB Future Sparks Festival 2019, taking place in the RDS on 14th March. AIB Future Sparks Festival brings together the best in Irish business, sport, entrepreneurship and technology to inspire over 7,500+ second-level students for their futures through a range of inspirational talks and panel discussions.