"You don’t want these guys."

A lot has been said about the melee that broke out between Armagh and Galway at full time in yesterday's quarter final.

The main consensus is that it was disgraceful scenes that tainted an unbelievable match, a game for the ages that should go down in history for all of the right reasons.

Speaking on the latest episode of the GAA Hour, former Dublin star Barry Cahill noticed one other thing that shouldn't even have been a problem during all of this. 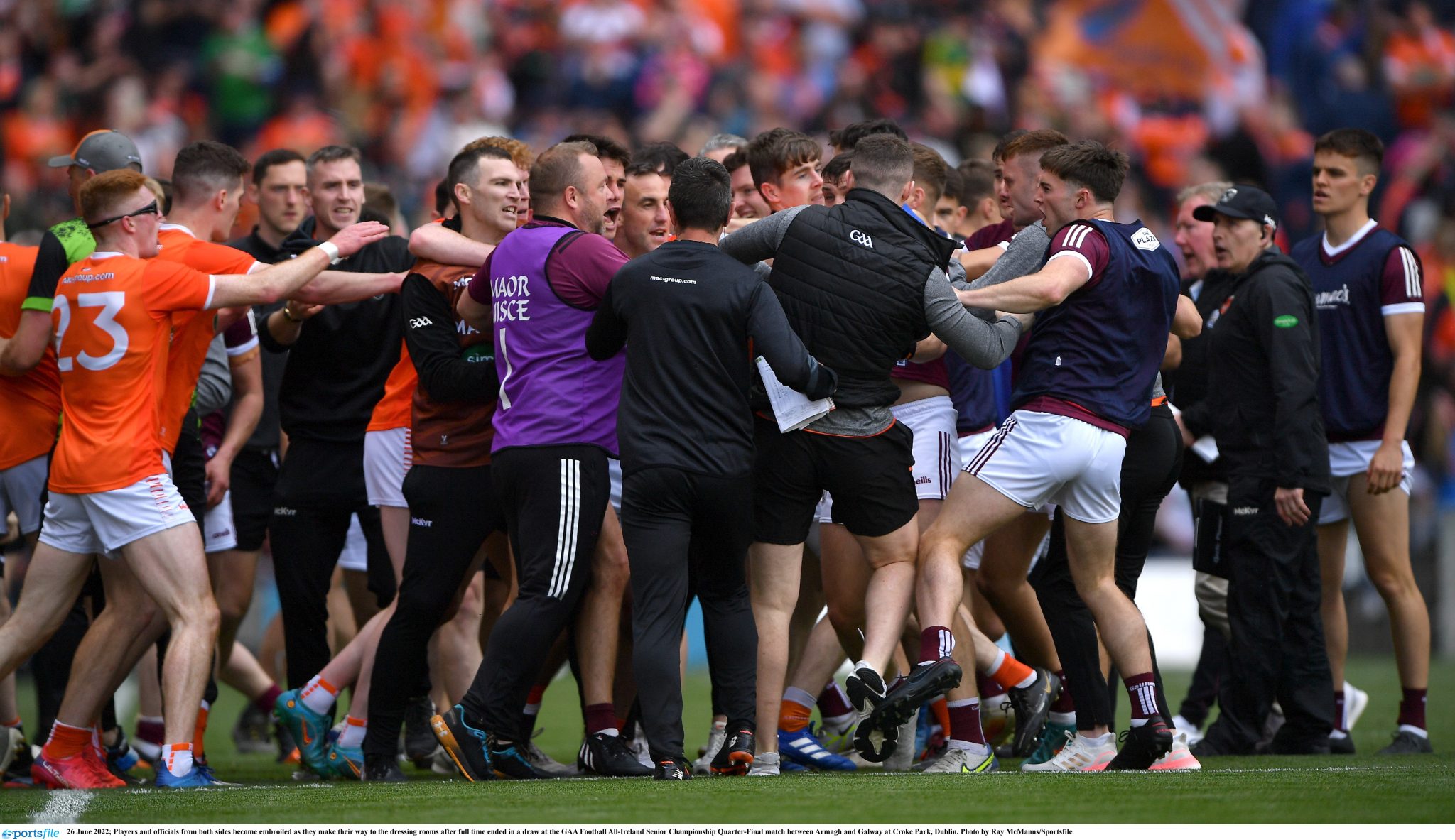 "It needs to be stamped out and obviously there was a couple of players there involved, seen from the Armagh side, outside of their 26-panel, which they have absolutely no business being there.

"In my time with Dublin, we would have had a panel of 35-40 players training every night, but obviously you only have 26 on the match day, and it would be 26 that would travel to the game, tog out, and the guys who were the extended panel, might meet up with us after the match.

"But we wouldn’t have them around on the actual day itself, but a couple of those guys, they actually ran about 100 yards, you know, from where they were sitting on the hogan stand, to get out onto the Cusack." 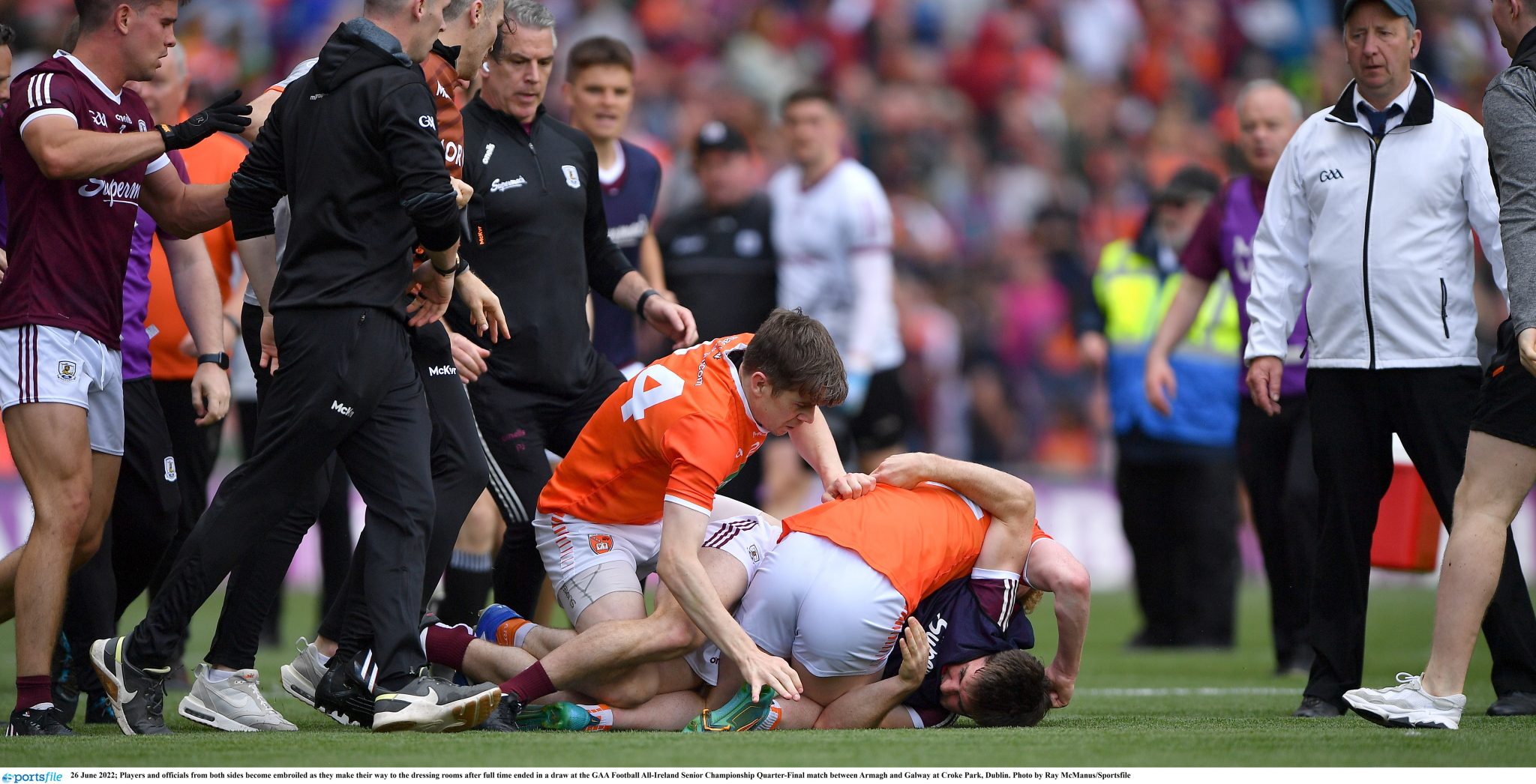 The presenter and former Kerry star Darran O'Sullivan, was also in agreement with the match day panel issue.

"I couldn’t understand where they were going, like genuinely, I was there watching it, like… because the whole point of the squad is subs being off the pitch, and now the less numbers on the pitch is probably for these reasons, that when things get heated, it’s less people involved. 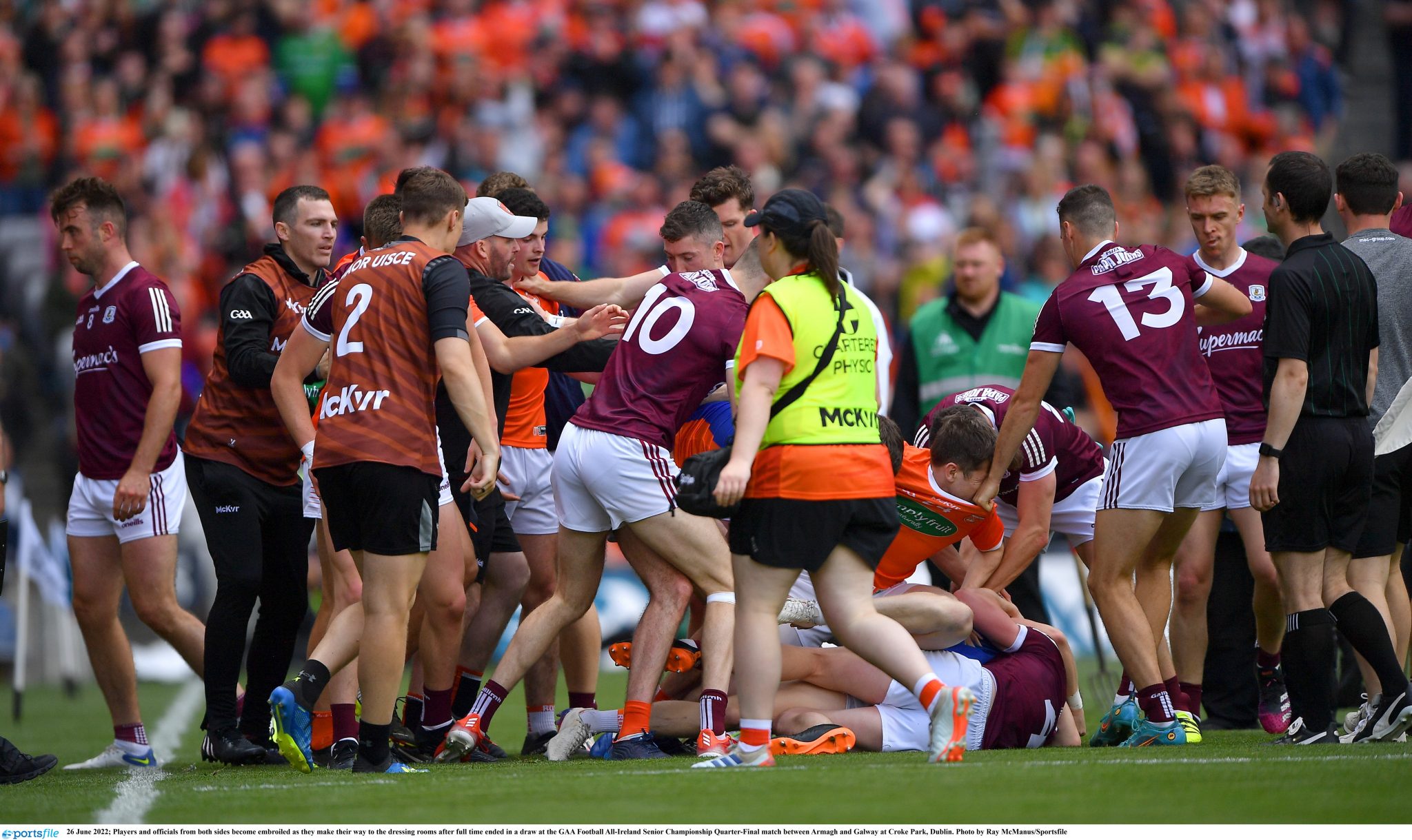 END_OF_DOCUMENT_TOKEN_TO_BE_REPLACED

"They’re a bit of a distraction if anything, you know?" Added Cahill.

"But the eye gouging incident is disgraceful. And like, it was on Damien Comer, who was one of Galway’s key players, if Comer had reacted with a punch or something like that, and a referee or a linesman saw, Comer would have been getting a red card, and gone for the extra time, and probably would have cost them the match."


popular
Iran demand action by FIFA after USA team change flag on social media
World Cup 2022 Day Nine: All the major action and talking points
Argentina reach World Cup last-16 with convincing win over Poland
"Nowadays, even if I don't hit a ball, I don't care as long as we win" - Gleeson learning from the past
Cristiano Ronaldo 'agrees £173m-a-year deal' with Saudi club
World Cup 2022 Day 11: All the major action and talking points
The FootballJOE Qatar World Cup 2022 Geography Quiz
You may also like
3 weeks ago
Munster, Connacht and Ulster GAA clashes stack your TV guide this weekend
3 weeks ago
Jamie Clarke takes sabbatical from soccer to commit to Crossmaglen
4 weeks ago
Paul Finlay reveals secret to high performance in your late 30s
4 weeks ago
The one moment that shows why David Clifford is the best player around
1 month ago
Quiz: Can you name these intercounty GAA teams from their nickname?
1 month ago
The five most unlucky players to miss out on an All-Star
Next Page