"Dublin aren't at the level that we're used to seeing."

Another win, another Leinster title and another spot in an All-Ireland semi-final for Dublin, so everything is peachy, right?

Nope, regardless of the result, it's hard to get away from the fact that this Dublin side have been below their usual standards, and it hasn't just been a one-off, it's been in the last two or three games.

END_OF_DOCUMENT_TOKEN_TO_BE_REPLACED

That's a long enough run to cause some concern for the current champions, especially as they go up against a Mayo side that seem to be motoring well.

Speaking on the GAA Hour, Colm Parkinson lists all of the errors and mistakes that the Dubs did against Kildare last weekend.

"You look at Dublin yesterday, they were way off colour as far as I would be concerned, and they still won Leinster by eight points.

"There was no huge celebrations, there is no doubt that Dublin aren't at the level that we're used to seeing. 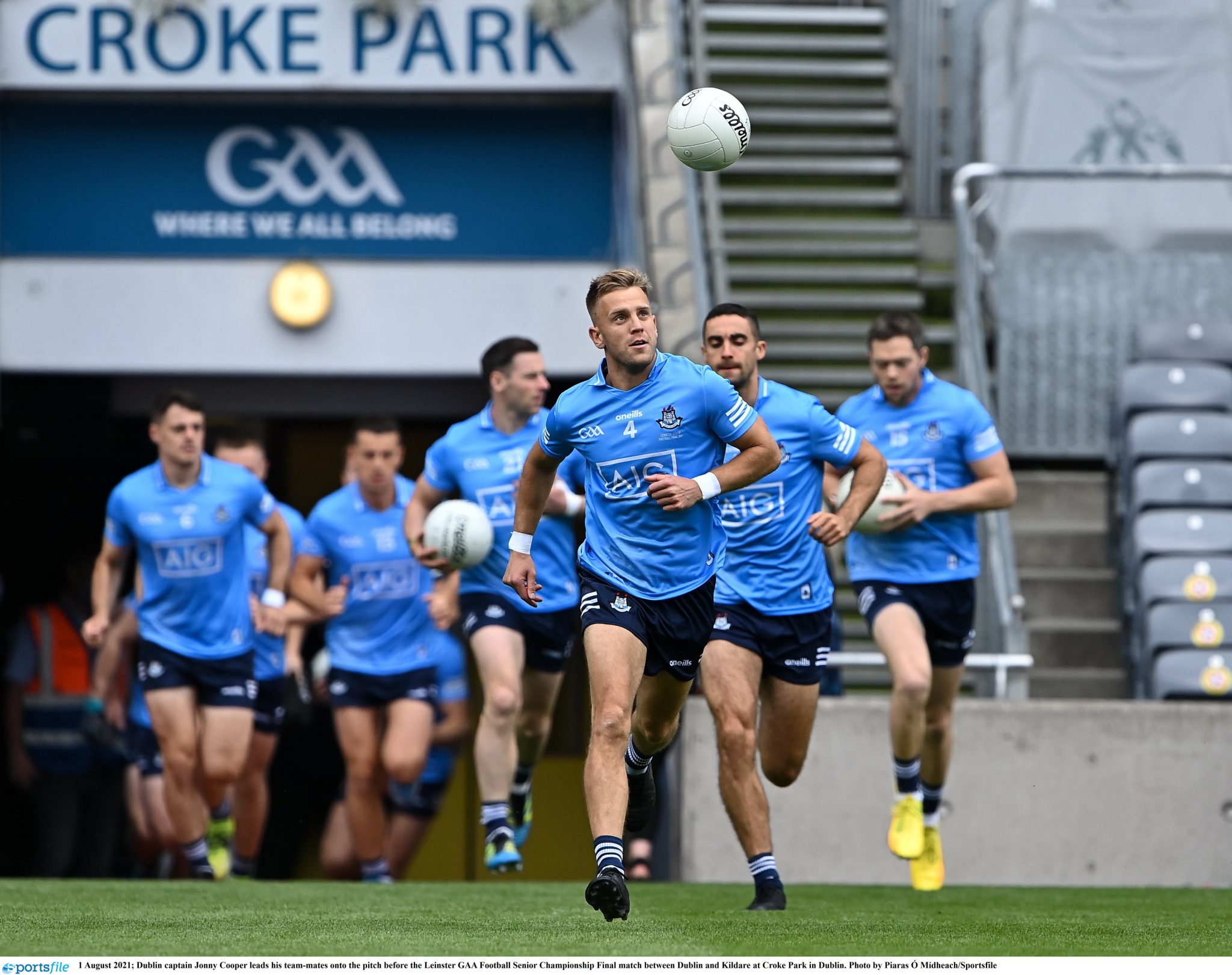 "I'll give you some examples - Con O'Callaghan tapping it into the goalie's hands from the 14-yard line.

"Con running into Ciarán Kilkenny in the second half, not really knowing where he was going, he had a nightmare.

"Kilkenny got done for over carrying twice, now the first time was very harsh, James McCarthy got turned over, you don't see that.

"Dean Rock driving a 'Gary Owen' up in the air, when do you see that? And then running  after it!

"He had a face on him on the bench it looked a little bit like he wasn't too happy about being taking off.

"Fenton, nightmare, not in it at all, and hit an uncharacteristic wide, which he would usually get. Niall Scully had a half-hearted left foot shot blocked down, in front of Hill 16. He could have scored a point way before that.

END_OF_DOCUMENT_TOKEN_TO_BE_REPLACED

Former Dublin legend, Alan Brogan was also on the show, and he gave his opinion and the supposed chinks in the Blue's armour. 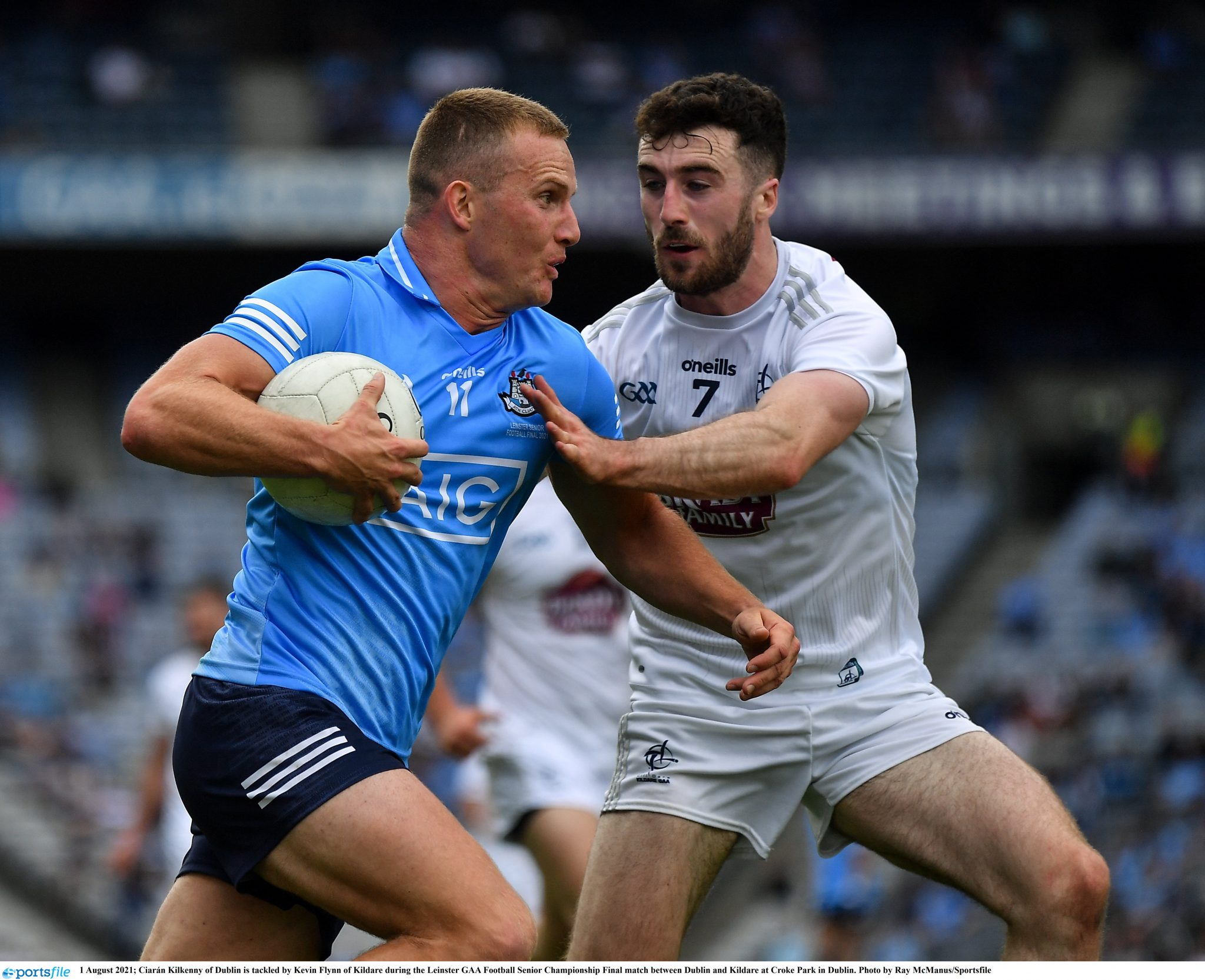 "It was a disappointing enough performance from Dublin if you're looking at it, and you take away the opposition, and the competition that it was.

"If you look at the Dublin performance, there was lots of stuff that they would be annoyed about.

"It's probably no harm that it's happened now, but to be fair, they haven't been great the last couple games either. 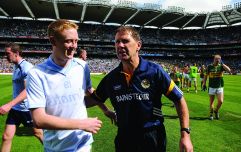 END_OF_DOCUMENT_TOKEN_TO_BE_REPLACED

"The whole pace of the game was terrible, in fairness to Kildare, I thought they defended quite well, and they stuck in the game in the first half but they never really showed any intent to try and go to win the game.

"They kind of let Dublin play this possession game where they passed back and forth the field, and they never pushed out or tied to force any turnovers, or forced Dublin to come and really beat them.

"So even though Kildare did okay defensively for periods of the game, they never really looked like they wanted the game."


popular
Galway fans' frosty reception for Davy Fitz doesn't make any sense
The most Stone Age tackle you've ever seen gets South African lock straight red card
Ryan Manning hacked to the ground by Henri Lansbury in ruthless assault
'Brian was a genius... he would've killed you to even win a game of touch'
"Johnno went, 'We’re not moving! You're trying to mess us about!'" - Ben Kay recalls red carpet controversy
Michael Schumacher paralyzed and suffering from memory and speech problems
Final question of Ryder Cup press conference has Team USA in all sorts of trouble
You may also like
4 days ago
SportsJOE Gaelic football Team of the Year
5 days ago
"Why is he going for the top right hand corner?" - The GAA Hour break down Ryan O’Donoghue’s penalty miss
5 days ago
"What Tyrone winning brings is hope" - Jim McGuinness and Kieran Donaghy believe the GAA landscape has changed
5 days ago
Sean Cavanagh praises certain Tyrone players for stepping up and reaching their potential
1 week ago
Mayo are favourites but Tyrone will benefit from rocky road to the final
1 week ago
Fans try to sell their Gerry Cinnamon tickets so they can watch the All-Ireland final instead
Next Page