#TheToughest: The best club football team of all time, as voted by you

This team would take some beating.

It would take no beating.

For the last seven weeks, you've been voting for the best club footballers of all time and the final result is mightily impressive.

END_OF_DOCUMENT_TOKEN_TO_BE_REPLACED

The only stipulation all along was that players had to have won an All-Ireland with their clubs to be considered and, having whittled it down province by province, position by position, the team of 15 is just beautiful.

Crossmaglen dominate the side, and rightly so. Having boasted perhaps the greatest and most successful club team ever through the 21st century, an Armagh man makes every line on the pitch.

Six Cross' players are joined by two Ballinderry men to complete an Ulster stronghold on the team with Connacht well represented throughout as well.

The last position was that of the goalkeeper where Paul Hearty just edged out Shane Curran in the vote:

But marvel in this selection of 15 because it would bright up a rainy day.

Here it is: the greatest club football team of all time. 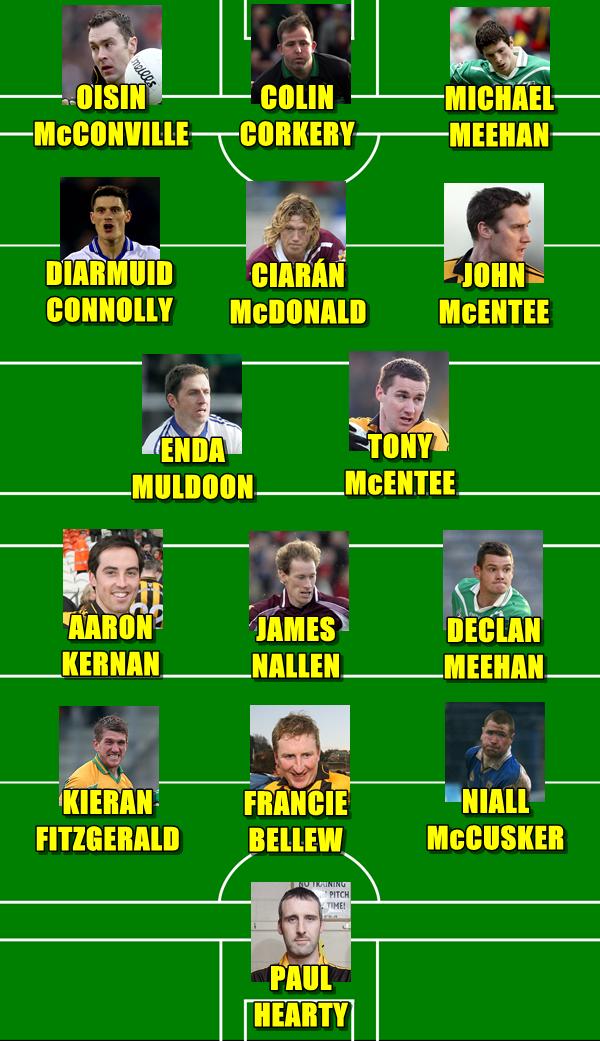 You may also like
1 year ago
Hard to argue with Club hurling team of the year as Ballyhale and Borris-Ileigh dominate
2 years ago
'The Iceman' inspiring Neil McManus to get the best out of himself and the Glens of Antrim
2 years ago
The club that started the year with no manager and ended up in an All-Ireland final
2 years ago
Quiz: Which classic club GAA player are you? Take the test to find out
3 years ago
Dr Crokes have a simple way to produce good footballers but not enough clubs do it
3 years ago
The best club football 15 in recent history
Next Page