#TheToughest: Chrissy McKaigue's summation of Slaughtneil is what every GAA club should strive for

There was a moment during that historic All-Ireland club semi-final that summed up all that is good about Slaughtneil.

Chrissy McKaigue, right in the middle of one of the most possessed performances you are likely to ever see, pulled away from danger, shook off a challenge from Diarmuid Connolly and won a free.

He jumped into the air, fists clenched, teeth being bitten and he celebrated with pure and utter passion. If ever an image screamed Slaughtneil, that was it.

END_OF_DOCUMENT_TOKEN_TO_BE_REPLACED

The Derry champions were all but written off even after all they have been through. Even after their camogie team and hurlers joined them in Ulster glory, Slaughtneil were still fancied to be put away by St. Vincent's but it's never that black and white on the foothills of the Glenshane mountain. 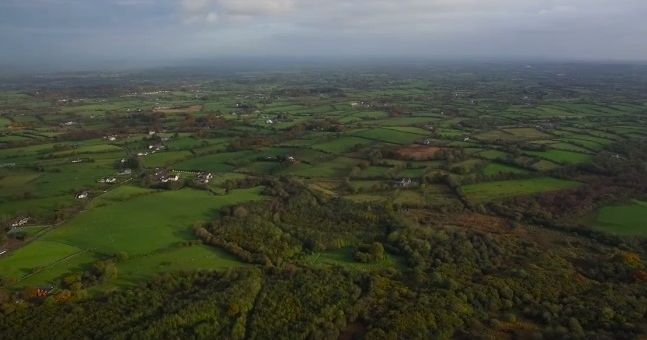 There's one constant and that is pride of place.

Slaughtneil want it more than most others have even thought about wanting it. They want to represent themselves with distinction. They want to wave their flag all over the country and they'd crawl through mud, glass, and their own blood to get a chance of doing that.

@eoin_mcguigan Blood on the Bas, on the togs, the jersey, legs and hand - and he was annoyed at coming off - I think he's the gem! #Cutler pic.twitter.com/de3ciTK7Y4

END_OF_DOCUMENT_TOKEN_TO_BE_REPLACED

"You have to go out and you have to earn respect," that's how Chrissy McKaigue sees it. They don't feel sorry for themselves in Slaughtneil because they haven't the same size of catchment area as other clubs.

They never felt inferior when, before 2014, they had just one Derry football championship to their name. Before 2004? None.

Reputation means very little. It's about what you do on the pitch on a given day and time and time again, these men and women from Derry are rising above themselves, defying the odds, and bringing the country to a standstill for these magical hours some Sundays.

"One thing our club doesn't lack is showing a wee bit of passion. That's probably why so many people have learned to respect us a bit more in the last couple of years," Chrissy McKaigue spoke on The GAA Hour football show, sponsored by AIB.

"In today's modern era, that's quite nice to see in sport because everybody's going out to please other people, or they're scared of other people's opinions, but in Slaughtneil we just embrace who we are. We're a very passionate bunch."

Who they are has gotten them this far. Why would they ever change?


popular
"I remember someone saying, 'This guy's the best of the lot of them. Just wait for him'" - Brian O'Driscoll
"I trained with a guy that was born in 2004 the other day. We reckoned Earlsie could be his father!" - Peter O'Mahony
Nigel Owens on most annoying players to referee (three of them are Irish)
The story of the GAA's greatest ever minor
Six All Blacks but no Ireland players in world's top 20 list headed by Antoine Dupont
Longford GAA movie explores the tale so many young footballers can relate to
"I asked one question and lads slagged the arse off me!" - Johnny Sexton on Roy Keane chat
You may also like
2 years ago
'The Iceman' inspiring Neil McManus to get the best out of himself and the Glens of Antrim
2 years ago
The club that started the year with no manager and ended up in an All-Ireland final
3 years ago
Quiz: Which classic club GAA player are you? Take the test to find out
3 years ago
Dr Crokes have a simple way to produce good footballers but not enough clubs do it
3 years ago
The best club football 15 in recent history
3 years ago
Six underage sensations who lived up to the hype
Next Page