Thursday morning would've been a surreal experience for Bernard Brogan.

He woke up, went to work and, for all intents and purposes, it was just a normal everyday Thursday. That's where it gets surreal for a man like Bernard Brogan.

Where 45 footballers up and down the country were waking up to the news that their performances during the 2016 season had earned them an All-Star nomination, there was no such reward for the Dubliner. There really is a first time for everything.

END_OF_DOCUMENT_TOKEN_TO_BE_REPLACED

A quick glance at the legendary attacker's portfolio and you'd think he's been doing the rounds for the guts of two decades. 10 Leinster medals, four All-Irelands, four All-Stars, and a Footballer of the Year award in 2010 would almost make a liar of the 32-year-old when he tells you he played his first game for Dublin nine years ago but that's the deal. 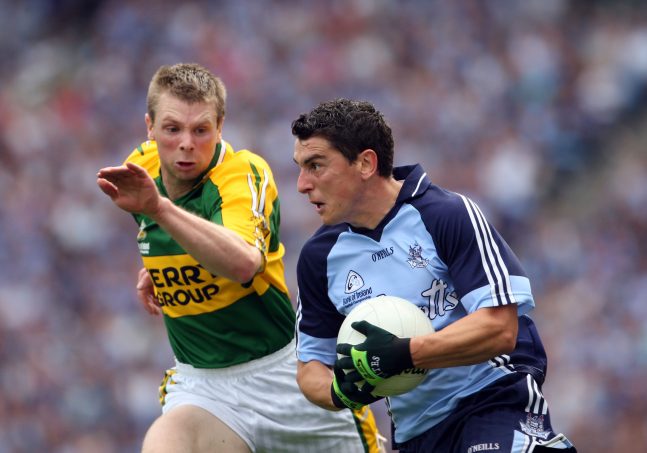 Brogan never played county minors. He went to trials for sure, but he wasn't picked, simple as that. Mick Bohan was the manager at the time and he just wasn't sold on Bernard Jr, the teenager.

"I've mentioned it to him several times! He's heard about it alright," the Plunkett's man can laugh about it now but it was a tough gig at the time for him especially when his brother was starring for the seniors.

"I was at the trials but I never got on it. At my age group, there was myself, Ross McConnell and Eamon Fennell who didn't get on it but we all went on to play for Dublin.

"People develop at different ages. I actually played minor hurling for Dublin, that's where I was when the minor footballers were playing. It's a story I always tell whenever I'm talking to kids underage: if you want something enough, keep going after it.

"People develop at different ages and different times and, if you work hard at something, you can get over the line."

It was just a setback and not one that was going to stop him in his pursuit. But he's had plenty of setbacks since.

"When I didn't get on [the minor team], Alan was playing senior at that stage and I went after it more," he told SportsJOE.

"I went out kicking on my own, I really wanted it, I went to the gym more and I went after it and that's what got me there in the end.

"It took me a long time to get there. When I eventually got onto the panel at 21, it took me three years. I didn't make my debut until I was 24 so I was three years as a sub under Pillar (Caffrey).

"Brian Fenton never played minors, there are loads of lads. Kevin Mac (Manamon) never played. There are a couple of lads like that who never played and kind of just came into a bit of form as they got older.

"At the end of the day, it's the guys who want it more than anyone else usually end up there - the guys who are willing to put the effort in and the training and to sacrifice.

"When lads are out drinking pints at 18, 19, 20, these are the guys that are playing with their clubs and sacrificing and training extra. People can get very disappointed if they don't make their underage team - their minor or the under-16 teams - but there's always hope." 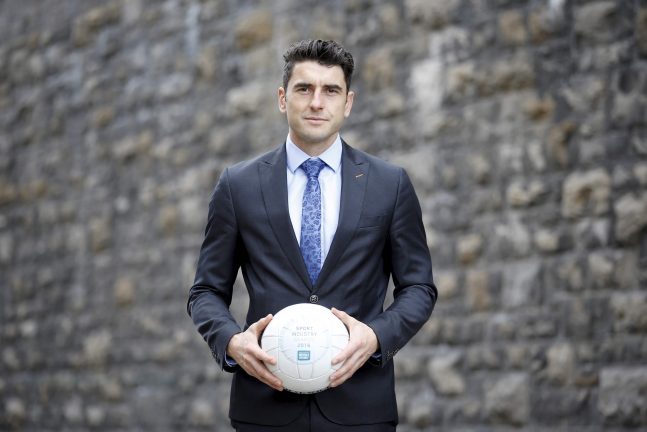 END_OF_DOCUMENT_TOKEN_TO_BE_REPLACED

Even nowadays, after almost a decade as Dublin's main man, Brogan isn't immune to the hurt the lay man can experience.

He was dropped for the All-Ireland final replay but he never let it get him down. He came back with bite, he came on with fire, and he helped guide his county over the line once more. He had a duty to them.

"It was obviously disappointing but I knew there were going to be a couple of changes just to keep things fresh," he said.

"The team hadn't performed or individuals - myself included - so it was a different role for me. I actually enjoyed the role: t was a different mindset going into the game, I knew I was going to play 20 or 25 minutes so it was about getting my head right and showing the team that I wasn't going to throw my toys out of the pram.

"I sucked it up. We always talk about how amazing Kev Mac has been when he came off the bench, I've quoted him manys a time so when it was my time to do that, I wasn't going to let him down or other lads who've done that job and kept positive and delivered when they came on.

"It was my time to do that.

"There's definitely a lot of humility about the group and that's part of our culture, the culture that Jim [Gavin] has instilled - having respect for your team mates and respect for the jersey."

He had been fighting too long just to get it in the first place. He appreciates every second he gets in that Dublin jersey.

Bernard Brogan launched the Sport Industry Awards in Dublin on Thursday. The closing date for entries is October 20 with the awards to be held on November 10 in The Mansion House. 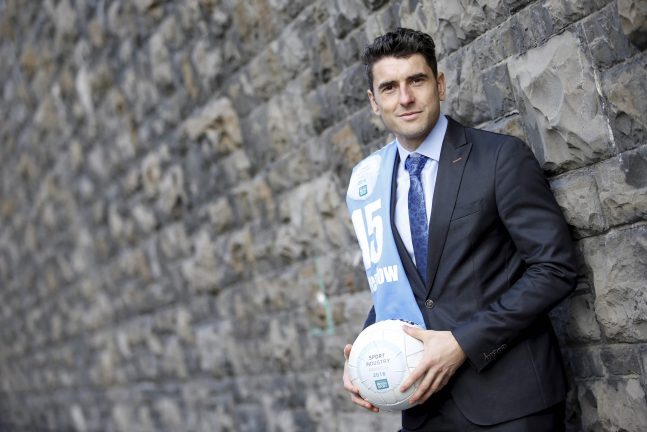 
popular
Roy Keane reacts to Brazil's jubilant celebrations in first half demolition job
World Cup 2022 Day 16: All the major action and talking points
Didi Hamann thought Brazil substitution was "disrespectful" to South Korea
Roy Keane handled Gary Neville’s goal celebration as most Irish fans would
Portugal boss could strip Cristiano Ronaldo of captaincy
Rory McIlroy explains 'falling out' with Shane Lowry that lasted a few years
Roy Keane cracks up ITV pundits with description of Senegal supporters
You may also like
2 weeks ago
"I was living day to day" - Shane Carthy and Cormac Ryan open up about their past and present struggles
2 weeks ago
"I'll try get that little bit faster, that little bit fitter. I'll try to put on a bit more weight" - How Gannon aims to improve during off-season
2 weeks ago
"I couldn't get over the amount of differences between the hurling and the football" - Leaving hurlers was never an option for O'Donnell
3 weeks ago
Shocking scenes as brawl extends into the stands during Oulart-the-Ballagh vs Naomh Barróg
3 weeks ago
"We've kind of gone away from stats" - the personal goals Dias sets for himself each game as a midfielder
1 month ago
GAA JOE Team of the weekend
Next Page