There are three things certain in life - Taxes, death and Neil McGee at full-back for Donegal

No player has made more appearances for Donegal than the forever present, Neil McGee.

The Gaoth Dobhair man has competed for his county for 16 years, making his debut way back in 2005, and cementing his reputation as one of hardest, toughest and powerful full-backs in the game.

He was vital to their All-Ireland success in 2012 under Jim McGuinness, and despite being the ripe old age of 35, he hasn't lost any of his aura.

END_OF_DOCUMENT_TOKEN_TO_BE_REPLACED

However, although his body has held up well through injuries during his career, he does have one recurring problem with back spasms.

Unfortunately, on Sunday against Tyrone, he was forced to leave the pitch after a fall saw him clutching his back and leaving him relatively immobile, but in a great deal of pain. 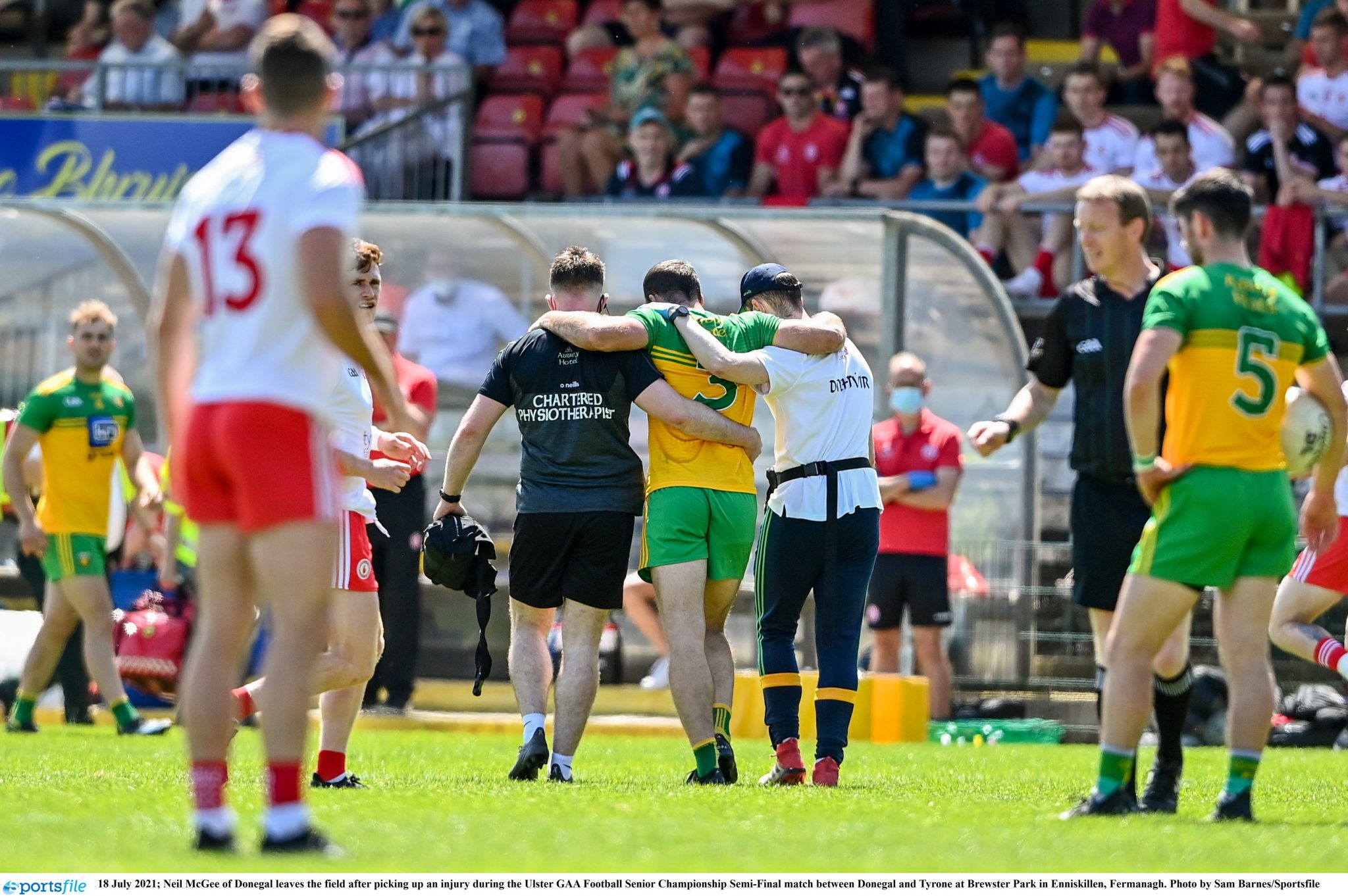 He had to sit on the bench and just watch his county crash out of the championship at the hands of Tyrone, and it begs the question - will he be back next year?

END_OF_DOCUMENT_TOKEN_TO_BE_REPLACED

There's no doubt he has the hunger, desire and sheer stubbornness to continue. This has been evident since his teenage years when he wasn't selected for trials at county minor, but just showed up anyway.

He went on to win three All-Stars, five Ulster championships and of course, lifted one Sam Maguire.

The towering titan will go down as one of the best full-backs to ever play the game, and stories of his sharp tongue, heavy hits and tactical understanding, will echo through Donegal pubs before and after matches, regardless of whether he is playing or not.

Next year would be McGee's 18th season in the yellow and green jersey, and although you can't rule it out, it's difficult to see how his back will recover and strengthen in time, for another crack at the whip. 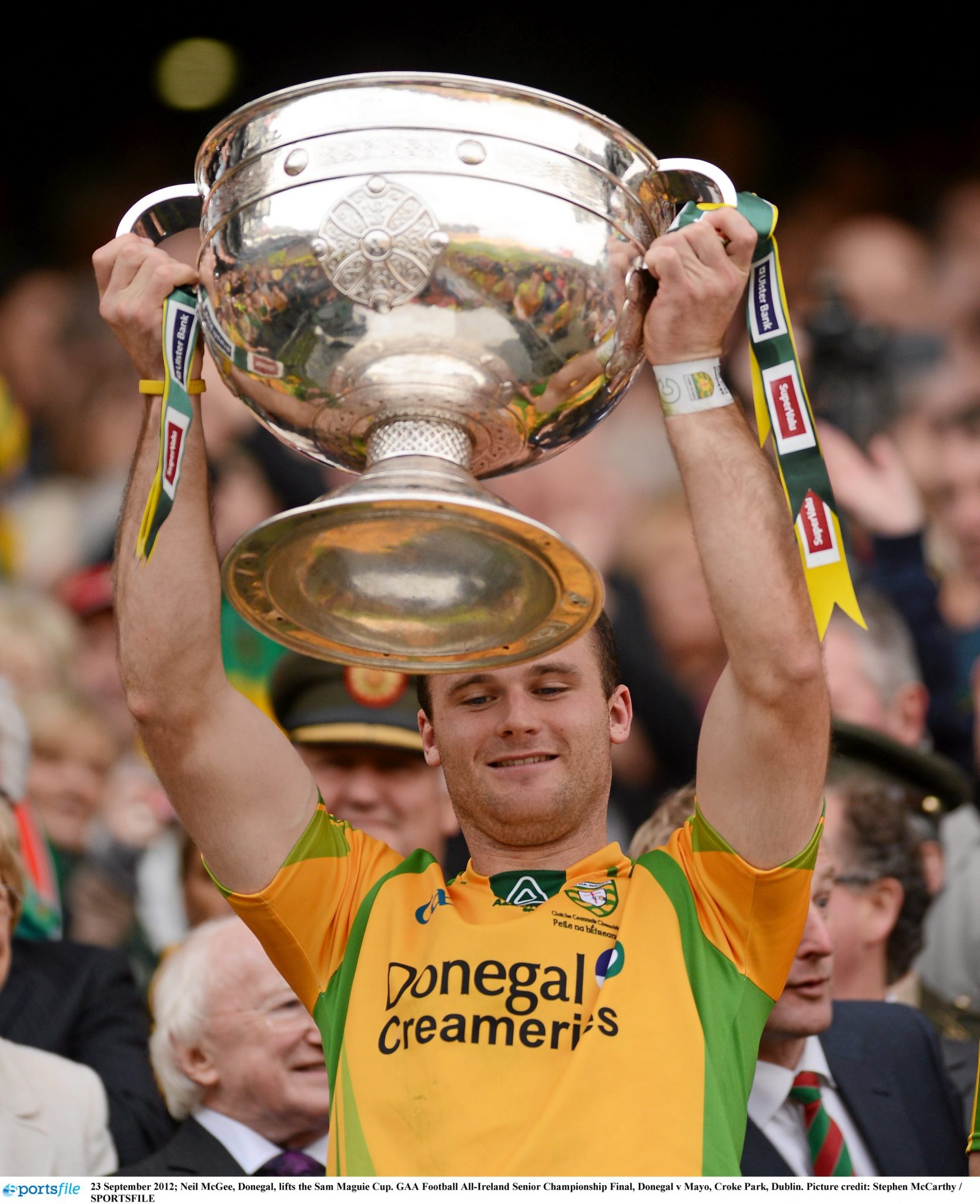 END_OF_DOCUMENT_TOKEN_TO_BE_REPLACED

Full-forwards everywhere would rejoice at the idea of their tormentor finally leaving the battlefield, but for GAA fans all over the country, it will be sad to see him go.

Up until now only three things have been certain life - taxes, death, and Neil McGee lining out at full-back.


popular
Gearoid Hegarty's harsh red card leads to a heated debate in The Sunday Game studio
French media rave about Caelan Doris and 'Playstation rugby' from Leinster
Tailteann Cup draw doesn't pass without controversy as repeat-pairings and regional draws come under scrutiny
Liverpool and Chelsea fans go viral after bizarre FA Cup final confrontation
Real Madrid unveil new home shirt featuring iconic retro numbers
Austin Gleeson sent off as Seamus Harnedy stands up again with an absolute stormer
Rory Gallagher absolutely loses his mind celebrating as Derry beat Monaghan in Ulster semi-final
You may also like
3 days ago
"I enjoyed it" - Padraig O'Hora opens up on his battle with David Clifford in League final
4 days ago
The All-Ireland hangover is a real thing, Dublin's dominance just made us forget about it
4 days ago
David Clifford tells Darran O'Sullivan how handles all of the pressure and attention he receives
5 days ago
Three hurling games, one Ulster championship clash, and an u20 All-Ireland final on TV this weekend
6 days ago
Mickey Harte says 'it's nearly too late to market Tailteann Cup well now'
6 days ago
Andy Moran is 'disappointed with the way they set up' Tailteann Cup
Next Page