The GAA got itself in all sorts of bother last summer when trying to sort out the issue of players lifting and striking penalties in hurling from almost inside the 14-yard line.

It was all in response to the furore surrounding Anthony Nash and others lifting and striking of the ball to score goals. 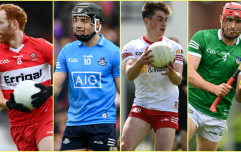 END_OF_DOCUMENT_TOKEN_TO_BE_REPLACED

Despite being a problem for about 20 years, it all came to a head  in June when Nash's attempt on goal was stopped bravely by Stephen O'Keefe but was deemed to be putting players in harms way.

Ultimately they decided to not allow the ball travel past the 20 metre line and have three players to stop the shot.

It was a farce and totally took the advantage out of being awarded a penalty.

Well today it's been announced that the GAA are going to trail one-on-one penalties in the Walsh Cup and Waterford crystal competitions in January. 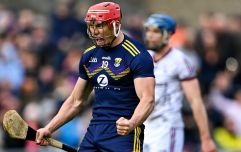 END_OF_DOCUMENT_TOKEN_TO_BE_REPLACED

The statement says 'The Munster and Leinster Councils have agreed to trial a proposal on the penalty puck in which only the goalkeeper may stand on the goal-line.

We wonder what goalkeepers think of this.


popular
Pitch-side microphone picks up Eric Dier joke about Mo Salah
'ROG isn't that sort of guy' - Brian O'Driscoll on first Ronan O'Gara encounters
Cutting through the contradictions from one of the worst television segments of the year
Aiden McGeady details the abuse he suffered after playing for Ireland instead of Scotland
Noel Gallagher left 'covered in blood' after headbutt from Ruben Dias’ dad
Roy Keane shows great comic timing after Jack Grealish party invite
France the sore losers as Ireland Men reach first ever Sevens World Series final
You may also like
1 month ago
Dessie Farrell puts to bed Con O'Callaghan return rumours
2 months ago
"Hurling's a great game, but it's not everything" - Davy Fitzgerald on Paul Shefflin tragedy
2 months ago
Ballyhale Shamrocks 'shocked and saddened' by sudden death of Paul Shefflin
2 months ago
It's a hurling fiesta this weekend with some football sprinkled in as eight games are live on TV
3 months ago
Five must-see GAA games live on your TV this weekend
3 months ago
GAA to remain with cashless ticket system despite Ticketmaster's "technical error"
Next Page