"From an 80-year-old man, to the children who were there, they were going berserk."

It's almost too tight to call between Mayo and Tyrone in Saturday's All-Ireland final.

There are so many factors that come in to it, squad depth, injuries, shooters, defences, free-takers, fitness, it can all be broken down to different elements that may swing the game in one county's favour.

END_OF_DOCUMENT_TOKEN_TO_BE_REPLACED

However, one aspect that cannot be ignored is the Mayo fans. You only have to watch the Dublin v Mayo semi-final to see how relentless they are, ad the impact they have on games.

Speaking on the GAA Hour, Colm Parkinson asks the question: Are Tyrone prepared for that?

"The game will be chaotic, Mayo might get two scores in a row, now their fans will cheer every pass, every score, every turnover, and it’ll be fever pitch, and lads, you have to be ready for that." 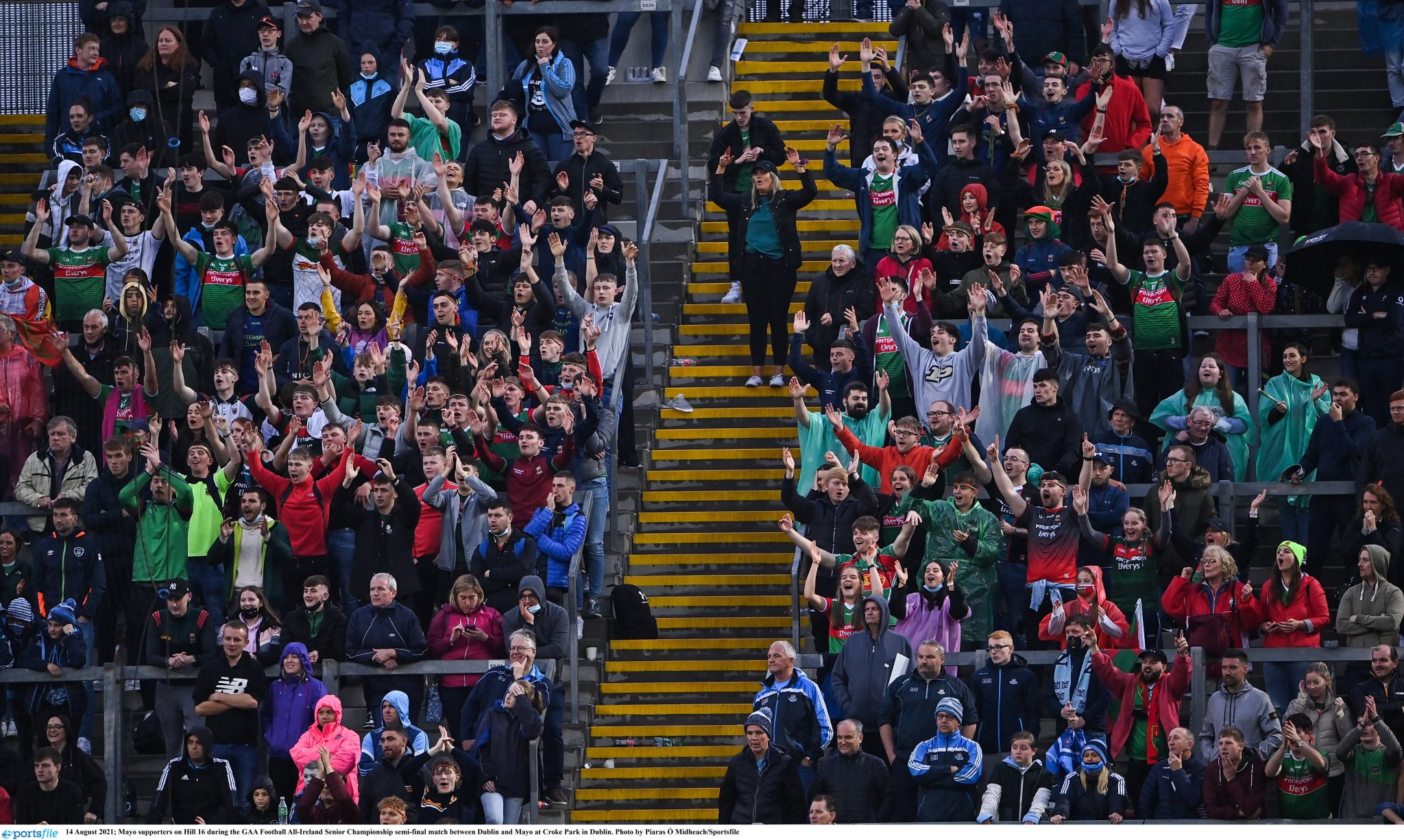 Former Armagh star Aaron Kernan, also weighed in on the discussion, explaining the pros and potential cons of the frantic Mayo crowd.

"Yeah, and again, just looking back over the Dublin Mayo semi-final, like from an 80-year-old man, to the children who were there, they were going berserk.

"As soon as this comeback was on, you could see them, they were literally jumping up and down, looking at each other as much as to say ‘we’re on our way back here.’

END_OF_DOCUMENT_TOKEN_TO_BE_REPLACED

"They all get involved in it. I suppose it just goes back, I remember walking into Croke Park in the 2017 All-Ireland final, and the sun was splitting the stones, and the green and red of Mayo came on, and I have no, well Tony McEntee was coaching them at that time, but I had no vested interest in Mayo football. 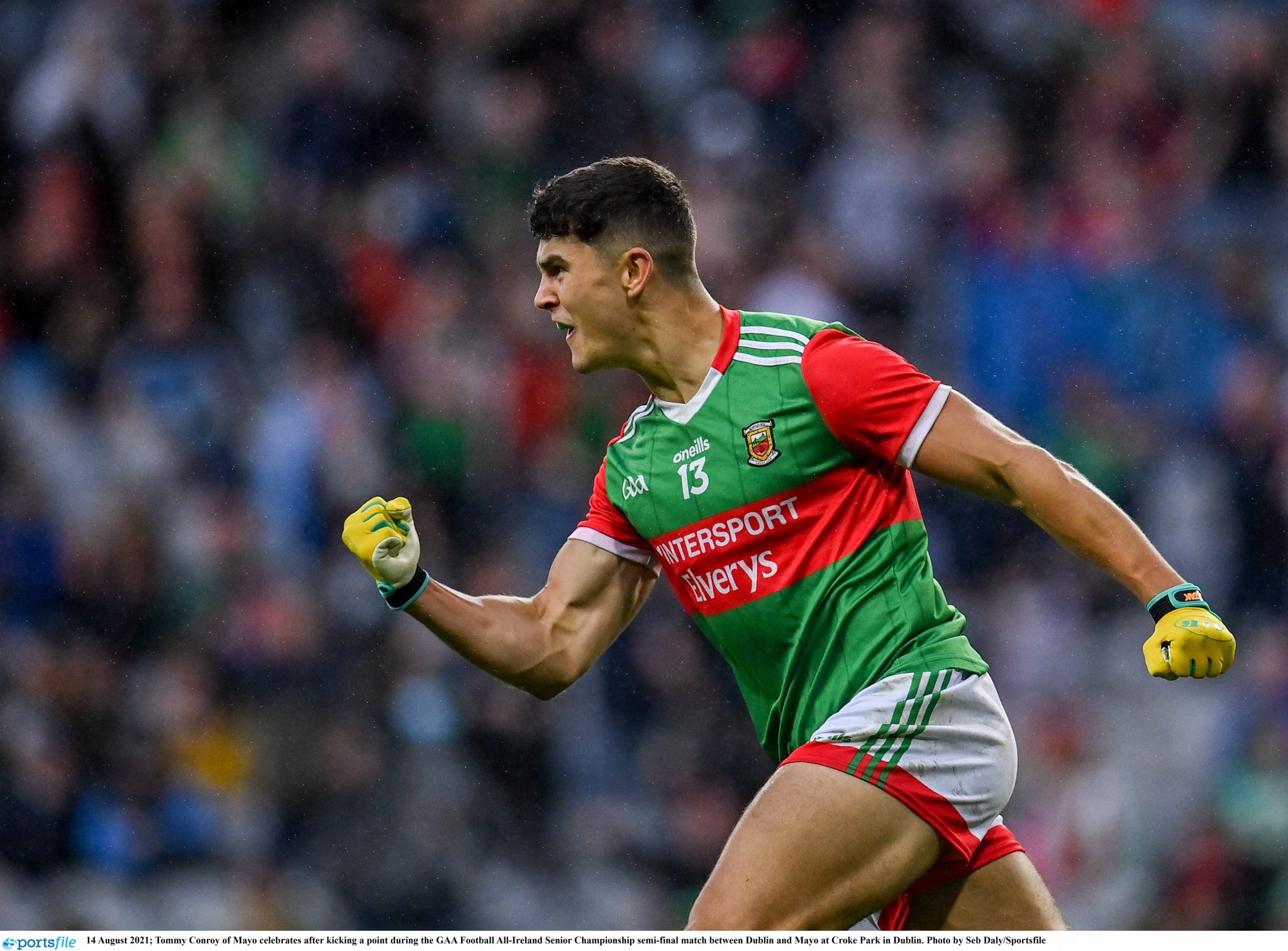 "The hair was standing on the back of my neck, the atmosphere at that stage, like the place went mental. There’s probably very few counties that really, really engross themselves in a game. Literally kick every ball, and it has to fuel you.

"But, the big thing is, they’re well used to it.

"Where you would have had the fear maybe, with some teams, once that sort of swell of emotion comes from the support, the players then, the adrenaline just goes through the roof, you make the big catch, or a block or something like that there, and you hare off doing something you shouldn't do.

END_OF_DOCUMENT_TOKEN_TO_BE_REPLACED

"They can still stay in the moment, and continue to do the simple things well, but I would say it is a case of, this is building from whatever, since Horan came in, 2010, 10 or 11 years of it, so it has become something that the whole group has become used to, and accustomed to.

"I definitely think it helps them, but I don't think there’s a hindrance, I don't think they get caught up in it as players, which is great for their perspective. I suppose we’re all passionate and we can all lose the run of ourselves.

"But they seem able to just keep a lid on it."


popular
Frank Lampard pays emotional tribute to Seamus Coleman in front of Everton squad
Rory McIlroy in awe of "unbelievable" Tiger Woods but better off without him
No need for Sky Sports to apologise as Shane Lowry stays in PGA mix
Rangers legend says he and Roy Keane didn't speak during Man United spell
Steven Gerrard makes Liverpool admission ahead of Man City title decider
Dele Alli praises 'legend' Seamus Coleman after Everton avoid relegation
PSG offer Kylian Mbappe 'complete control' with insane contract offer
You may also like
5 days ago
Eamon McGee reveals what Rory Gallagher was like under Jim McGuinness
5 days ago
If you're going into battle alongside Gareth Mckinless, then you will always have a chance
6 days ago
Rory Gallagher absolutely loses his mind celebrating as Derry beat Monaghan in Ulster semi-final
1 week ago
Monaghan will be a "different kind of challenge" compared to Tyrone says Derry boss
1 week ago
"I enjoyed it" - Padraig O'Hora opens up on his battle with David Clifford in League final
1 week ago
The All-Ireland hangover is a real thing, Dublin's dominance just made us forget about it
Next Page