The magic of 2003 has been resurfaced by this Tyrone team, and something special is on the horizon

Nostalgia is a powerful thing, and my déjà vu senses have been tingling all week.

I was only nine years old when Tyrone won their first All-Ireland, back in 2003. I remember all of my cousins, aunts and uncles coming round to the house to watch the game - my auntie Eileen being the sole, but brave Armagh supporter.

There were party snacks, we played football outside (before and afterwards), we had a flag hanging out the window, and everyone was head to-toe in red and white.

END_OF_DOCUMENT_TOKEN_TO_BE_REPLACED

My little brother who was celebrating his third birthday on the same day used to do a party trick where he would sit down, and say "down Derry" before jumping up and shouting "up Tyrone", much to the amusement of everyone (except my Derry-born father).

My mother, who knows little to nothing about sport, could barely stay in the room, watching the game unfold through her hands which were covering her face.

I had never seen or felt anything so important before. I didn't completely understand it, but as far as I was concerned, the entire world had paused and was watching Tyrone v Armagh. 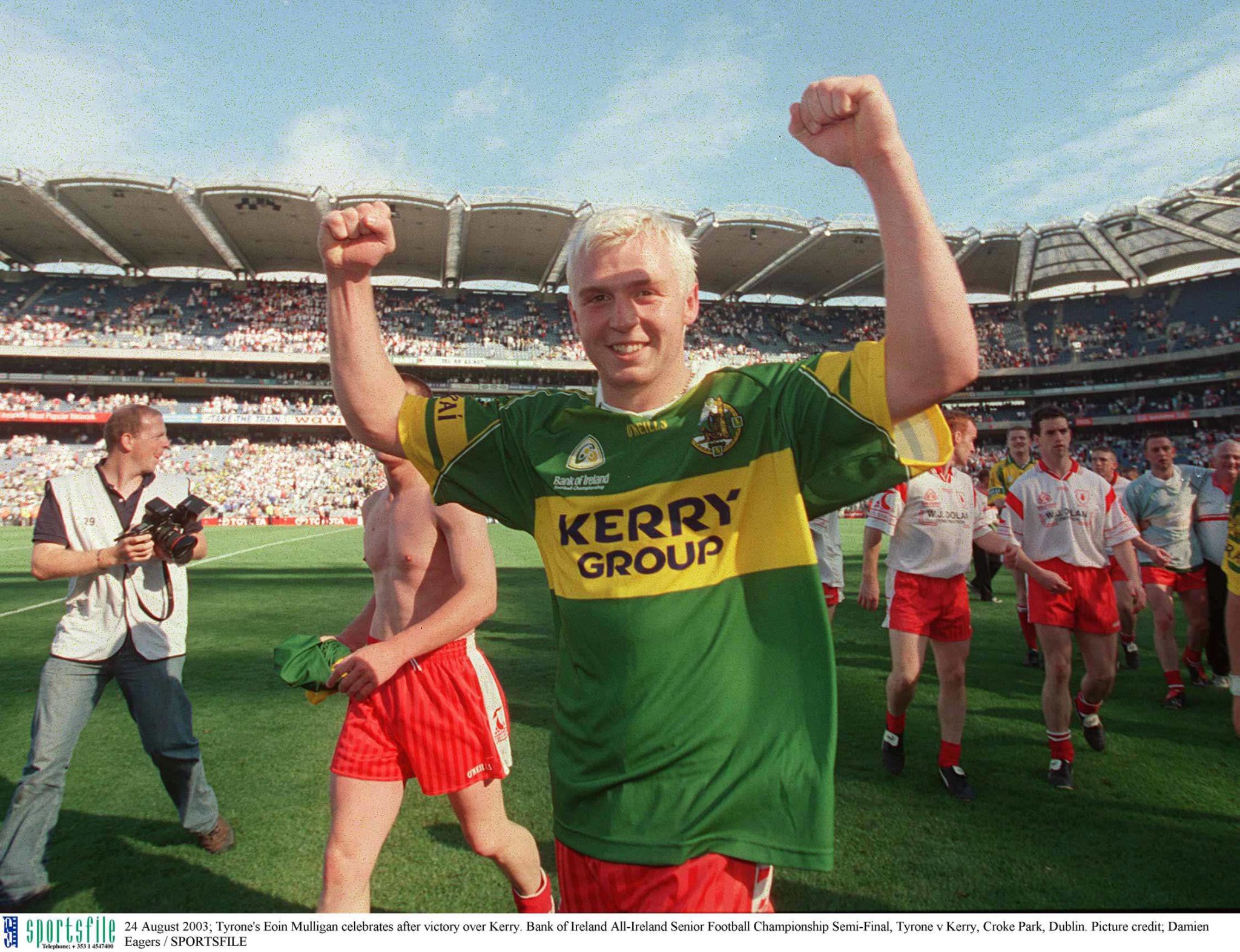 END_OF_DOCUMENT_TOKEN_TO_BE_REPLACED

Then it happened, the whistle blew and Tyrone were All-Ireland champions for the first time in their history.

We all jumped up and down, before getting in the car to hit the streets of Cookstown with flags sticking out the windows and the horn beeping with all the other Tyrone cruisers and passers-by.

We then rendezvoused at my grandparents' house and waited with huge anticipation and excitement as my Granda, Laurence Bell, a lifelong Tyrone supporter, was coming home from Croke Park.

He was there in 1986 and in 1995 and when Tyrone had reached the finals but couldn't get over the line, so to see his face when he came through the door was a special thing.

He sadly passed away earlier this year, and not many people can say they held the 'Happiest Man in the World' title, but on the 28th September 2003, my Granda was that man, no contest. 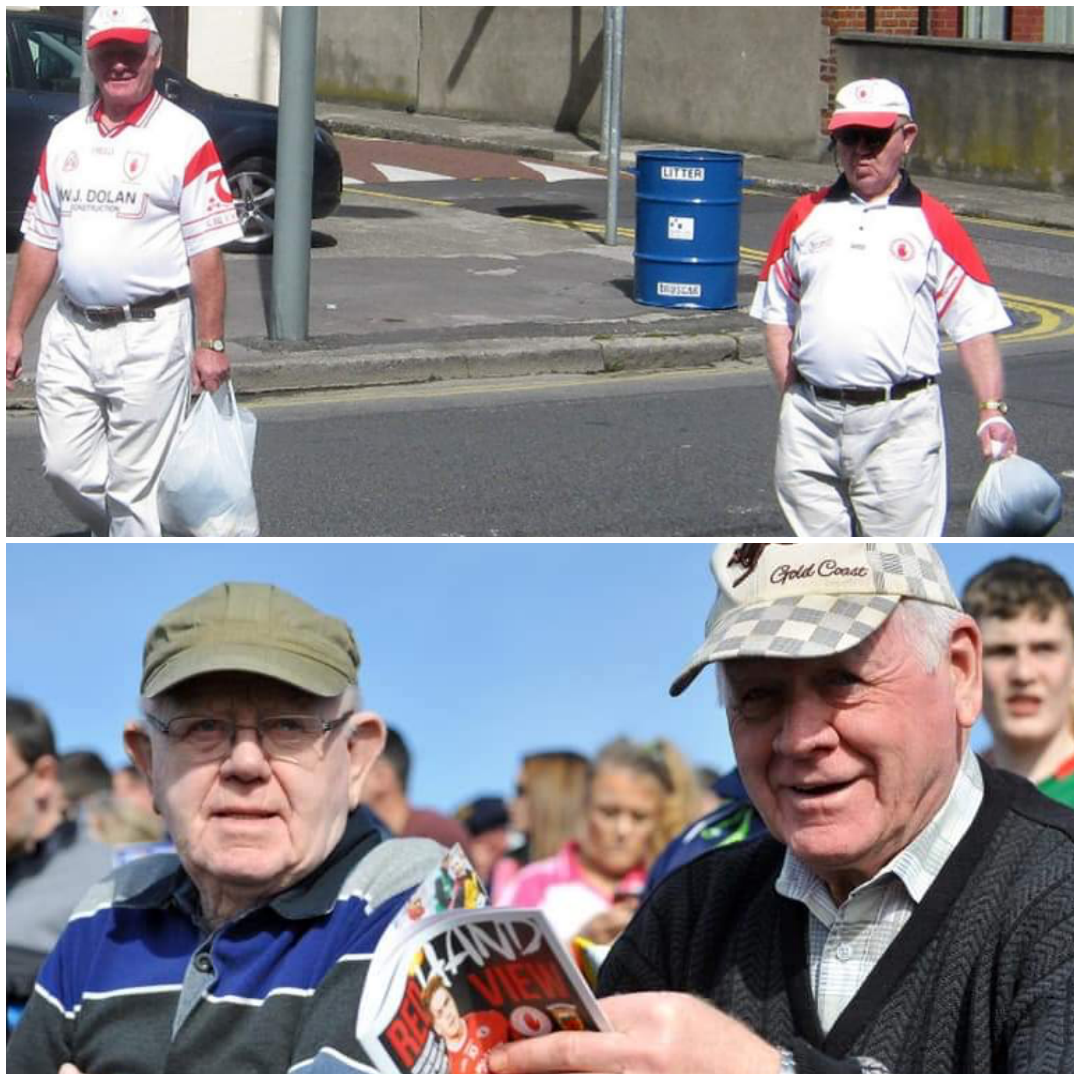 Between crying, joking and laughing, the heights of emotions that reached everyone in the county has stayed with us forever, but in recent years it has been dulled a little.

That's not to say we haven't been successful, but since 2008, there hasn't been that feeling of magic, that feeling of anticipation, knowing but not knowing, that we're on the cusp of something special here.

Even with all of the Ulster titles and reaching the 2018 final, it was great and wonderful, but it wasn't the same.

I had put it down to childhood perspective, but then when Kerry lined out against Tyrone on Saturday evening in Croke Park, it suddenly came back.

It makes no sense whatsoever; all of the logic would dictate that Kerry were going to win this game.

Just a couple of months previous they had absolutely slaughtered us in the league, we just about beat Monaghan in the final, and we were struck hard by a COVID outbreak. 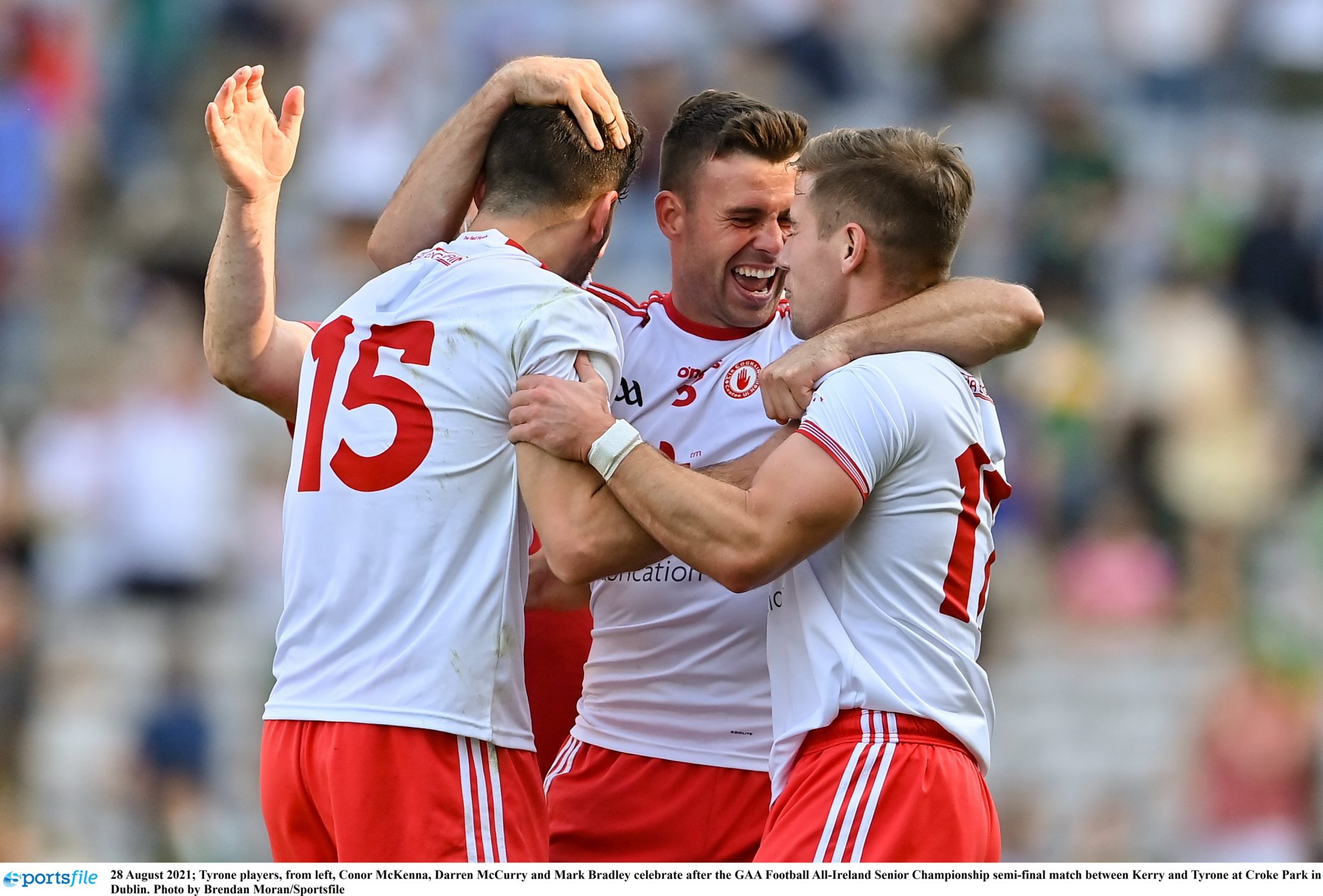 But if matches were won purely on paper, the bookies wouldn't be in business, and sometimes in sport logic is the most illogical thing of all.

When you look pragmatically at the team - Conor McKenna, Mattie Donnelly, Darren McCurry, Paudie Hampsey, Peter Harte - then you wonder why we never thought these players would be on par with Kerry.

To think that Cathal McShane, Mark Bradley and Darragh Canavan then came off the bench - the depth in the squad is frightening.

Throw in the fact that players like Kieran McGeary and Conor Meyler are playing the best football of their lives, and the new management team  is steeped in their own success from their playing days, Tyrone should never have been so harshly written off.

Everyone said Tyrone didn't score enough goals, a remark that was made about the 2005 team as well, and just like in '03, '05, and '08, they were all down as the underdogs against Kerry.

However, the performance they put in wasn't just one of technical brilliance, it was pure, unadulterated, unfiltered heart. A dogged spirit, that simply refused to give in, refused to believe the Kerry hype, and could care less about what was thought about them.

They knew something we didn't, they knew that this group of players were special.

Well, we all know now.


popular
Talksport presenter puts Martin O'Neill to the pin of his collar over Declan Rice and Jack Grealish
World Cup Power Rankings: The top eight pundits of the tournament so far
Ariel Helwani shares Paddy Pimblett WhatsApp messages as spat becomes public
Rory McIlroy explains 'falling out' with Shane Lowry that lasted a few years
"There's no soccer, hurling, or rugby" - Kilcoo's secret to success
World Cup Power Rankings: The top 10 players at the tournament ahead of the quarter-finals
Roy Keane scores winning goal past Micah Richards in ITV v BBC pundits match
You may also like
3 weeks ago
Former Errigal Ciaran manager reveals what a young Peter Harte was like
4 weeks ago
The ultimate Gaelic football quiz 2022
4 weeks ago
Munster, Connacht and Ulster GAA clashes stack your TV guide this weekend
1 month ago
Jamie Clarke takes sabbatical from soccer to commit to Crossmaglen
1 month ago
Paul Finlay reveals secret to high performance in your late 30s
1 month ago
The one moment that shows why David Clifford is the best player around
Next Page