We haven't even hit the semi-finals yet, and the reality is, you can be average all season, but if you explode on a semi-final or final, then you can pocket the All-Star regardless of what went on earlier in the year.

So in many ways, it's completely pointless to start naming potential candidates now, and there can be no real guarantee with still so much football left to be played - but let's do it anyway.

With the provincial titles wrapped up, and quarter finals done and dusted, we have surely seen enough to at least speculate which players are at showing All-Star-form. 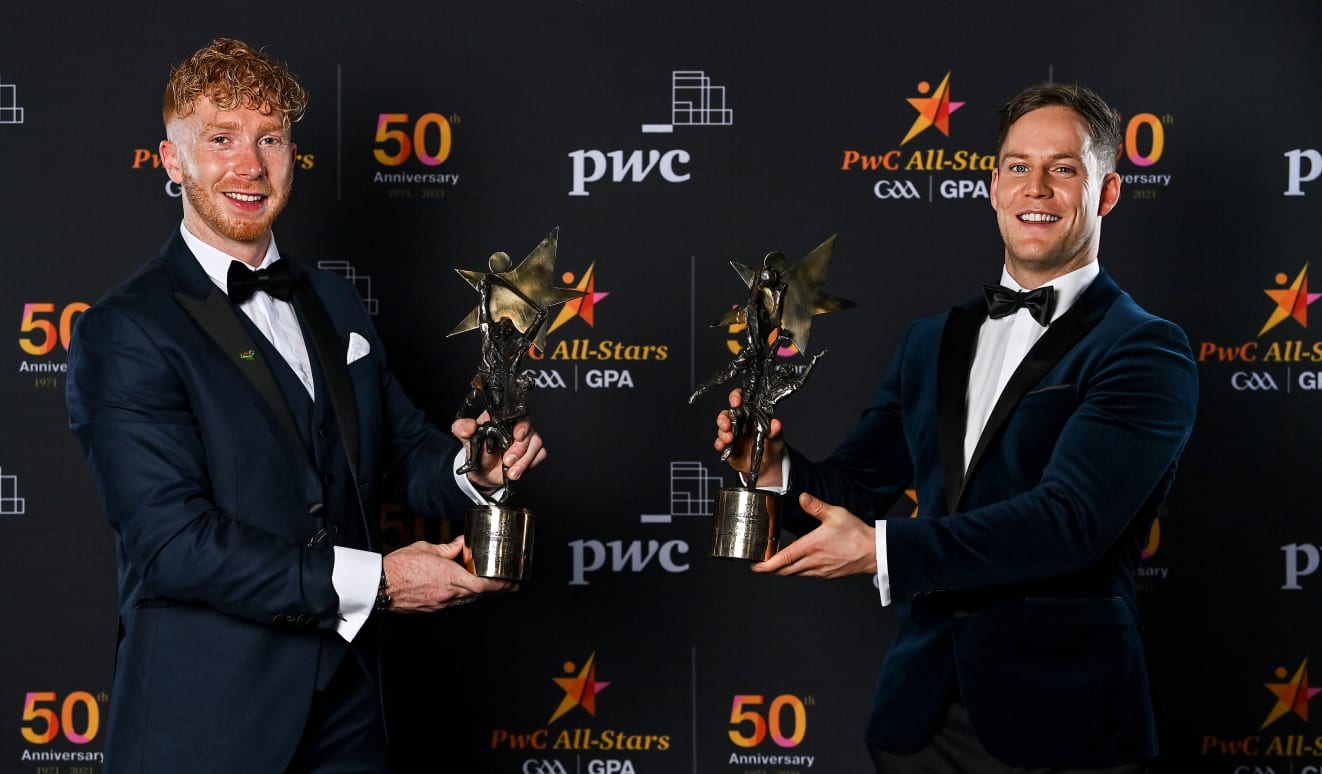 So, with all of the data we have seen before us, here are three players who are sure to be in for an All-Star this season.

END_OF_DOCUMENT_TOKEN_TO_BE_REPLACED

Since returning from Australia, the Derry midfielder has been a revelation for the Oakleaf county. His athleticism, his scoring prowess, and fetching ability, have made him a colossus in the middle of the park.

At the weekend, he ran the show against Clare, kicking scores, taking charge, breaking tackles and scoring a beautiful goal just for good measure.

His maturity and presence was key to helping his county lift their first Ulster title in over two decades, and you can tell that he and his teammates are still not satisfied, with even grander prizes in sight. 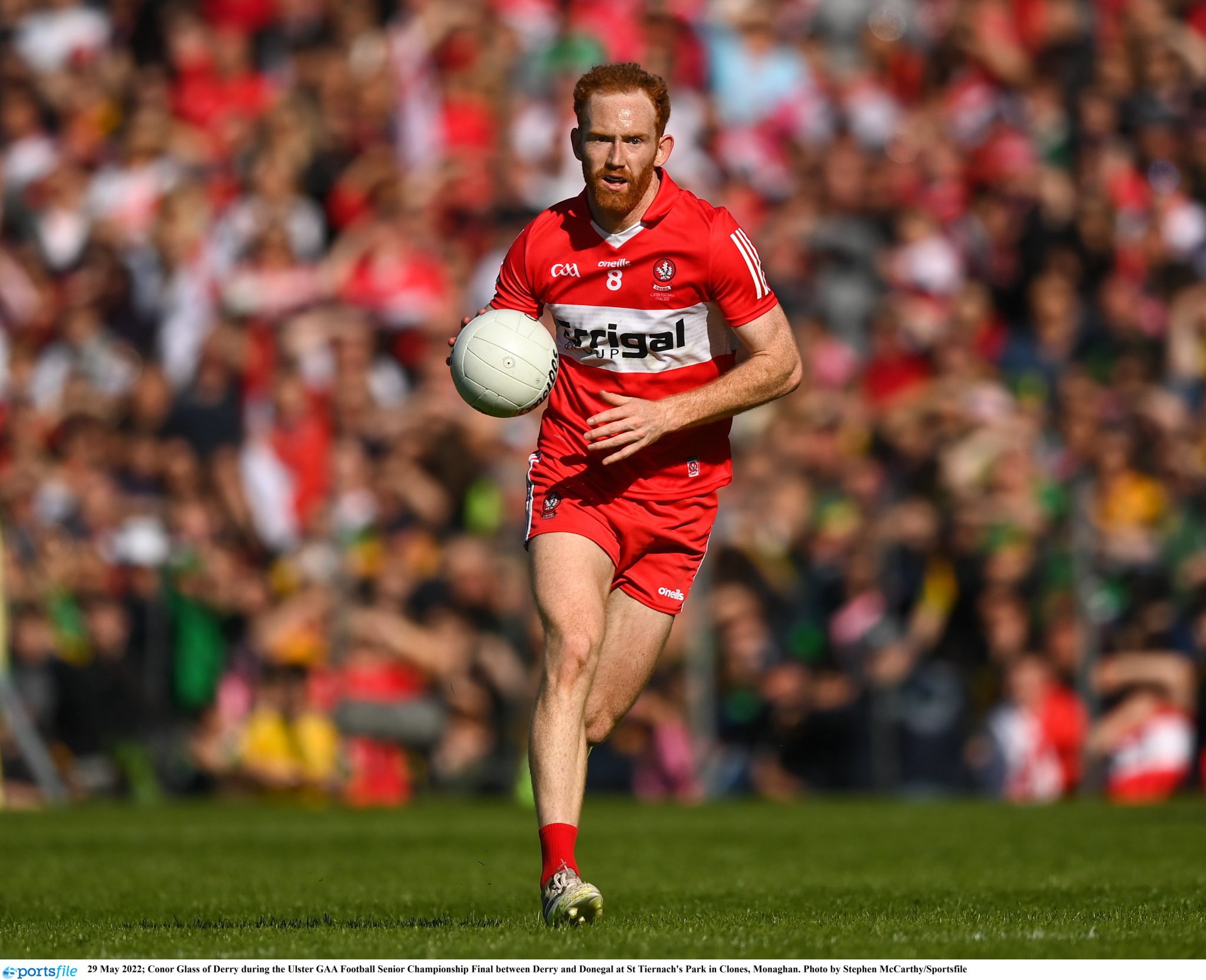 END_OF_DOCUMENT_TOKEN_TO_BE_REPLACED

The Galway midfielder has been exemplary this season, but his heroics against Armagh in the quarter finals is the stuff of All-Star quality for sure.

His Man of the Match performance, could not have came at a more crucial time, when Rian O'Neill slotted home that unbelievable free kick to send the game to extra time, all of the momentum was with the Orchard county.

Already everyone on social media was labelling the Tribesmen as 'chokers' and 'bottlers' but McDaid took the game by the scruff of the neck, won some unbelievable balls, chased down every lost cause, and came up with an incredible goal to ensure that Armagh couldn't rob them of their semi-final place. 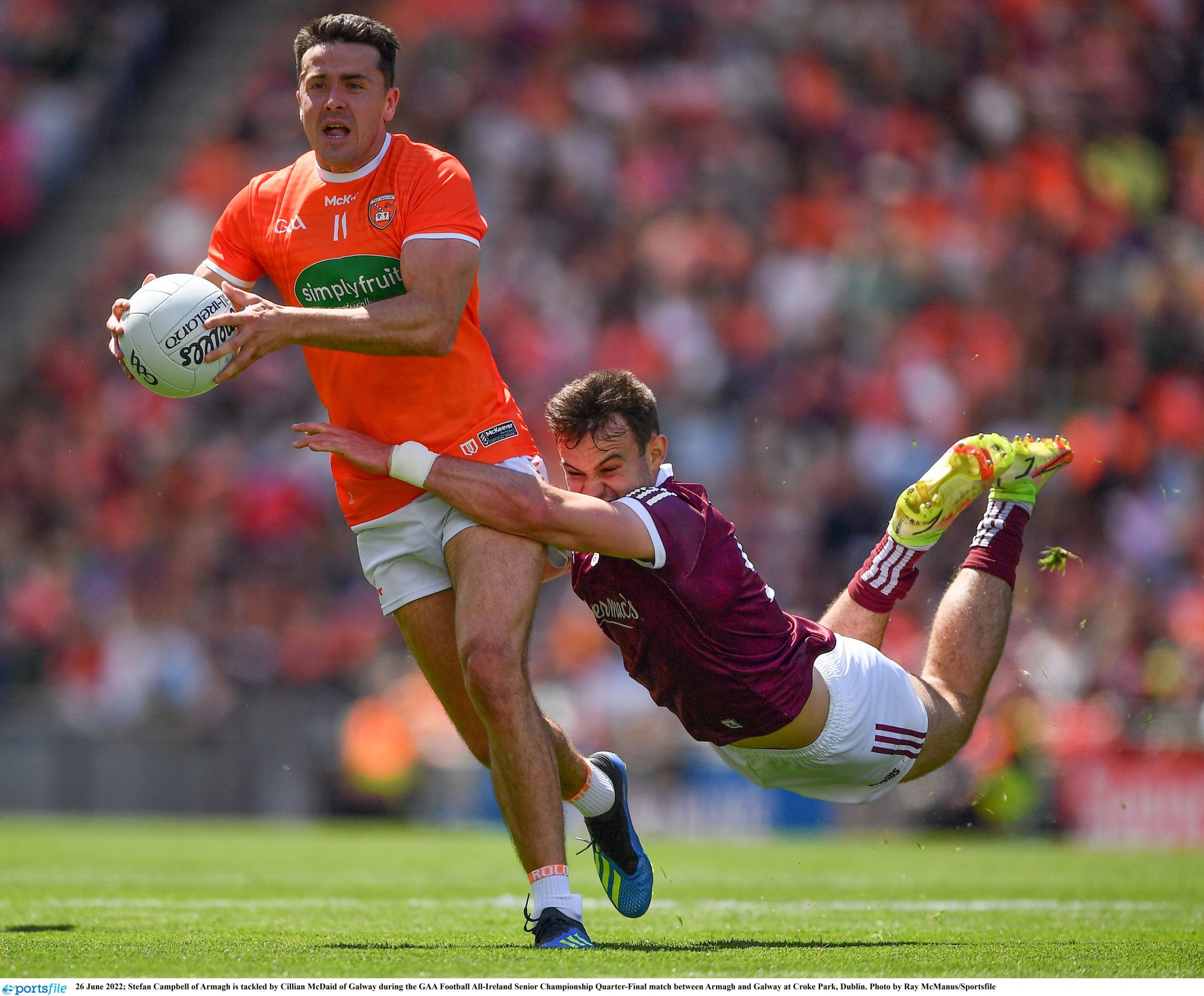 His main concern which could threaten his potential All-Star, is the fact that he's in direct competition with his midfield partner Paul Conroy, another man mountain who has been playing out off his skin this season.

The Kerry corner back is such a consistent force for The Kingdom, and even without reaching a final last year, he managed to claim an All-Star for his performance against Tyrone.

Against Mayo, he had the daunting task of marking the top scorer in GAA Championship history, Cillian O'Connor, and not only did he win that battle, he actually outscored him from play. 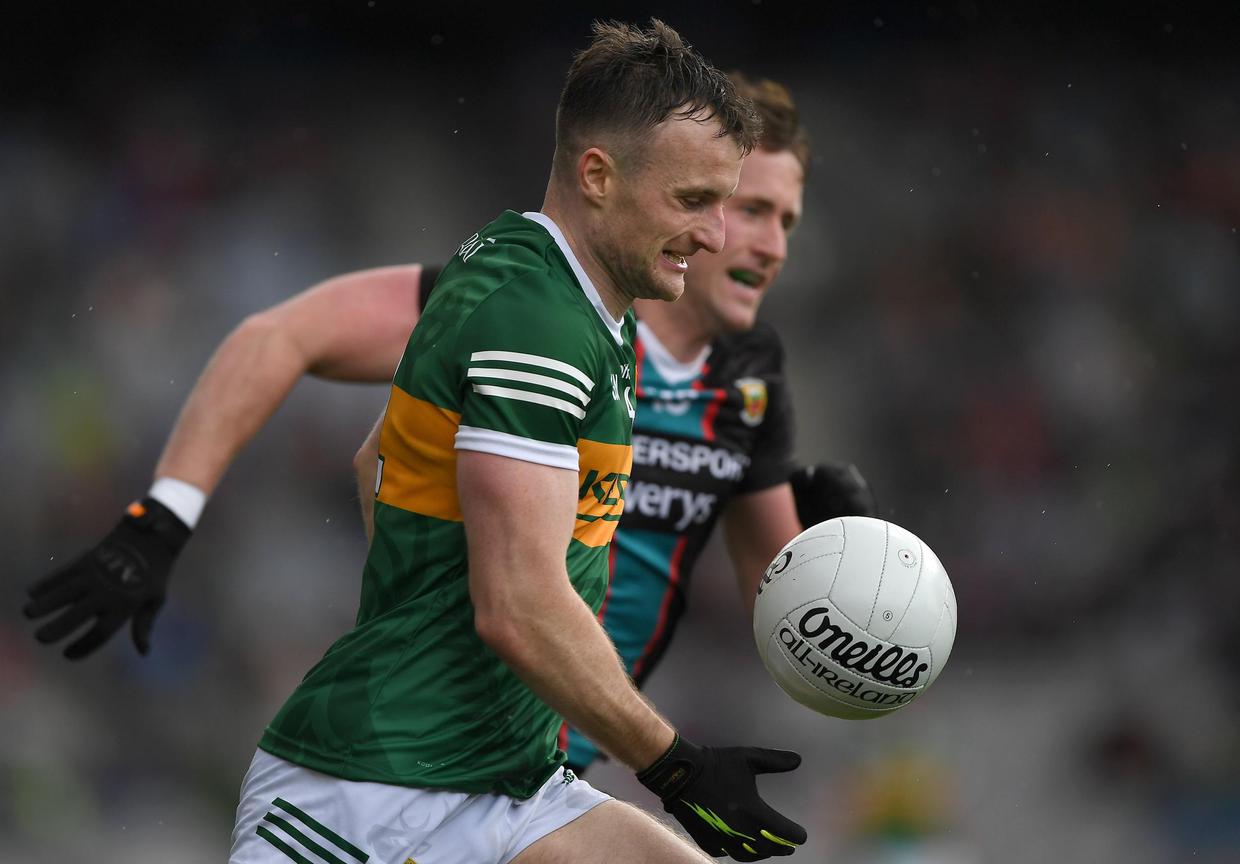 Remarkably, the corner back kicked 0-3 compared to O'Connor's single point outside of his two from the dead ball situation, and his energy and relentless intensity is such a weapon for Jack O'Connor's side.

He will face an equally difficult task when he lines out against the marksmen of Dublin, but if he continues this sort of form, he's sure to secure that All-Star for the second year running.

The Armagh goalkeeper has been a revelation for the Orchard county this season, a stroke of genius by Kieran McGeeney really. 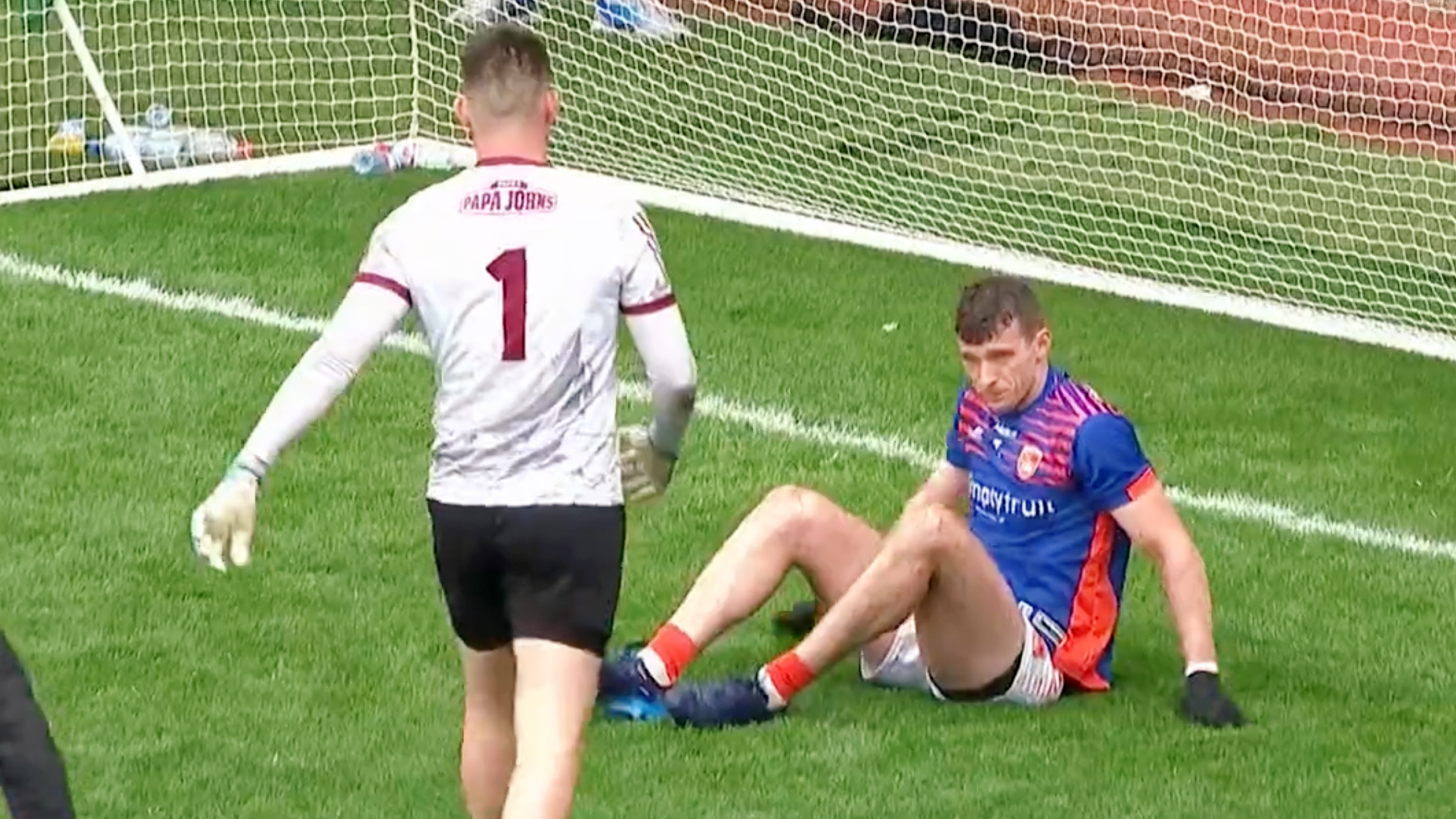 His speed, fitness and bravery to run from deep just opens up a can of worms for the opposition as they don't know how to mark or contain him.

Compared to other goalkeepers you could argue that his shot stopping isn't of the same quality, but looking at the other semi-finals, it wasn't Rafferty's uneasiness in-between the posts that leaked goals.

Scoring two points from play alone is the stuff of legend, and despite the fact that he won't feature in the semi-finals, it would take something monumental for the remaining goalkeepers to take this All-Star from him.


popular
Antonio Conte 'banishes' four Tottenham players from first-team
"He can add something to our attacking line up" - Jamie Clarke signs for Northern Irish soccer club
Ranking the best county GAA songs of all-time (32-1)
"I’ve never heard someone say something as stupid” - Katie Taylor blasts Jake Paul's rematch comments
Barcelona allowed to register four new signings, but Jules Kounde misses out
Roy Keane makes three surprise picks in Man United's greatest Premier League team
"It was unfair on the Galway backs” - Tomás Ó Sé admits that Kerry benefitted from unfair rule
You may also like
5 days ago
Referee mic was trialled during hurling final and proves why it should be introduced permanently
5 days ago
Colm O'Rourke belives that Shane Walsh should at least wait a year before making club transfer
1 week ago
Antrim star saves someones life in the morning and then scores 1-15 for his club in the evening
1 week ago
"I just can’t agree with it" - Darran O'Sullivan critical of Shane Walsh's transfer to Kilmacud Crokes
1 week ago
Mayo star scores an outrageous total of 1-17 in Chicago championship game
1 week ago
The GAA hasn't gone away you know - Some great games on TV this weekend
Next Page