The Diarmuid Connolly saga is both strange and potentially sad

I can still remember the linesman's name, that's how much coverage Diarmuid Connolly's push on Ciaran Branagan received last summer.

As soon as Connolly's left hand touched Branagan's right shoulder in Dublin's 12-point win over Carlow, the GAA world had something to talk about for the next month as we watched Dublin walk their way through yet another Leinster Senior Football Championship.

Everyone from Pat Spillane to Bernard Flynn to Mattie Forde weighed in on the incident, as one of Dublin's most volatile footballers had his 'good name' allegedly attacked by a post-match television show.

END_OF_DOCUMENT_TOKEN_TO_BE_REPLACED

Jim Gavin did, albeit under different circumstances. The Dublin manager thought a lot about Connolly's push and maybe not enough about how to handle the analysis of his indiscretion.

Dublin are back with a win. But Diarmuid Connolly couldn't escape controversy. Potential ban for this? #LeinsterGAA #GAA #GAAclips pic.twitter.com/w9EcI831If

END_OF_DOCUMENT_TOKEN_TO_BE_REPLACED

Gavin decided that the best course of action would be to engage in a broadcast media ban with both RTE and Sky Sports for how they analysed the incident.

He cited pre-determined statements, the rulebook being read out against Connolly and the subtle differences in freedom of expression rights in the Republic, but whatever you think of Gavin's media ban, whether it was justified or whether it was absurd, he did it because he wanted to stick up for one of his players.

At least that's what you'd like to think. Otherwise, maybe he just wanted to use Connolly's push as an opportunity to stick it to Pat Spillane, RTE, Sky Sports and whoever else thought they could question  Dublin or their players' behaviour.

But let's just say, he engaged in the broadcast ban to protect Connolly. 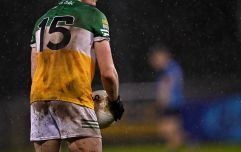 END_OF_DOCUMENT_TOKEN_TO_BE_REPLACED

That's an extraordinary leap to make for a player that should have always been suspended given the lettering of the law.

Gavin put his reputation on the line to try help clear the name of one of his players, and whatever his reasoning may have been, you'd like to believe that his media ban came from a place where he looked to protect his player. 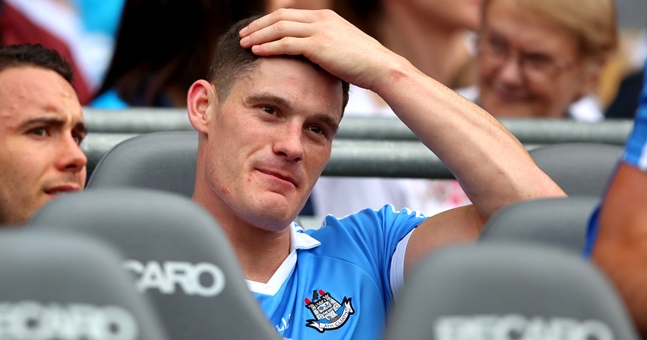 Fast forward three months and Connolly had served his ban, trained on his own and returned for Dublin's All-Ireland semi-final against Tyrone.

However, he didn't return as he was expected to: he came on in the 69th minute in a 12-point walkover as Dublin stormed their way to a third consecutive All-Ireland final.

In that final, Connolly was a half time substitute for Eoghan O'Gara and immediately brought a sense of calm and experience to proceedings as Dublin edged their way past Mayo for the second consecutive year to win their third consecutive title.

Connolly had paid the price for his push with the GAA but was seemingly still on the outside with Dublin where he's remained ever since.

He's played just over 210 minutes between last year's league and championship, including just 26 minutes in the league against Mayo this year, completing just one full match against Carlow, the game in which he was suspended.

Reports have been linking him with a reunion with former Dublin football manager Pat Gilroy who has reportedly been looking to bring Connolly over to the Dublin hurlers.

Connolly is an accomplished club hurler with St. Vincent's but Gavin insists his lack of gametime in the league stems from Dublin's desire to rest a player that has played 210 minutes since the start of last year's league campaign:

"At the moment we are giving Diarmuid a rest - as we are to a couple of other players who didn't partake today," said Gavin after the draw with Galway earlier this month.

"Kevin McManamon is just back from Boston. He was there with the Irish boxing team in his capacity with them. And Darren Daly as well.

Then he didn't feature in the last game against Monaghan. Who knows if he's being rested? Who knows if Gavin is serious when he says Westmeath are a serious team? 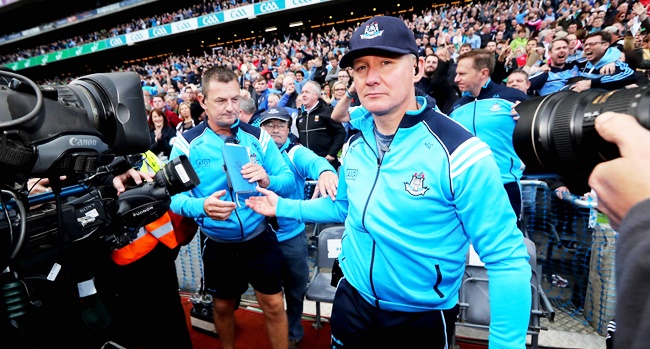 Logic dictates that a player that has completed just one intercounty game since last summer does not need to be rested, just as one Leinster final appearance in a decade, followed by two back-to-back shellackings in successive finals, would suggest that Westmeath aren't a serious team - not by Dublin's standards.

Diarmuid Connolly may have been largely spared during this league campaign, but if the reports linking him with a return to hurling are true, would this not be a sad finish to one of the finer intercounty careers of this decade?

The push on Branagan was far from the first indiscretion of Connolly's intercounty career, and while he has been no angel in blue, he's still won five All-Ireland finals and has been one of the best forwards of his generation.

If he returns to hurling and bows out of intercounty football this year with just 26 minutes against Mayo, it's a testament to Dublin's strength and depth, but if this is to be it for Connolly and his intercounty career, well there's better ways for him to bow out.

The majority of sportspeople generally have no say in this particular matter. Father Time tells them when it's time to go rather than waiting until it suits the player.

At 30 years of age, Connolly could still be some time away from receiving that particular call, but by the same token, he is seemingly no closer to a call from Gavin to go back into the first team either.

There's so much uncertainty with Connolly. Maybe the push on Branagan pushed him to the outside with Dublin. Maybe he's carrying an injury. Maybe Dublin actually have the strength and depth to rest him.

But maybe he does go to hurling. Maybe he calls time on his intercounty football career. Maybe he bows out with five All-Ireland medals on the peripheries of a historically great side.

The Dublin response has been, and most likely will continue to be, that he's being rested, but if he leaves under the current circumstances it will be a sad end to what has been one of the greater intercounty careers.

It's unlikely that there will be a great Croke Park send off for Connolly, a lap of honour, or god forbid, a Testimonial dinner, but I'd say he'd settle for a full game at this point.

But if Gilroy calls, and Gavin persists with this 'rest' rationale, how much longer does Connolly wait before putting his future ahead of what he's achieved in the past?

The clock continues to tick.


popular
Ireland team vs. France: Form players rewarded and a welcome return
Man United could be blocked from playing in the Champions League next season
French media's opinion of this Ireland team becomes clear as vital clash nears
Lionel Messi makes decision on Barcelona return
Clive Woodward happy to 'eat humble pie' after bold comments about Ireland
"I should have been more mature" - O'Sullivan's injury trail a cautionary tale for Sigerson casualties
Eight players to watch in tonight's Sigerson Cup semi-finals
You may also like
1 month ago
Dessie Farrell reveals why Paul Mannion and Jack McCaffrey returned to Dublin
3 months ago
Hurling finals and provincial action all on TV this weekend
4 months ago
David Clifford vs Sean O'Shea, Donegal senior final, and Dublin hurling all on TV this weekend
4 months ago
Paul Mannion's return to Dublin panel may have to wait following serious injury
4 months ago
Na Fianna forward goes full 'Mugsy' with great point as Ballyboden crash out of Dublin Championship
2 weeks ago
"A replay is the likely outcome" - Joe Brolly weighs in on club final drama
Next Page