This is Kieran McGeeney's eighth season in charge.

If you have played any sport at any level, then you've probably played under a manager that you're not exactly a fan of.

You disagree with their training sessions, their mannerisms, their tactics, the match day teams that they pick, and you just cannot warm to them.

END_OF_DOCUMENT_TOKEN_TO_BE_REPLACED

However, you want to win, so you bite your tongue, swallow your distaste, and try and convince yourself that the manager is right, but at the first whiff of failure and the second things go wrong, you've your hands on your hips, you're shaking your head and muttering expletives under your breath. 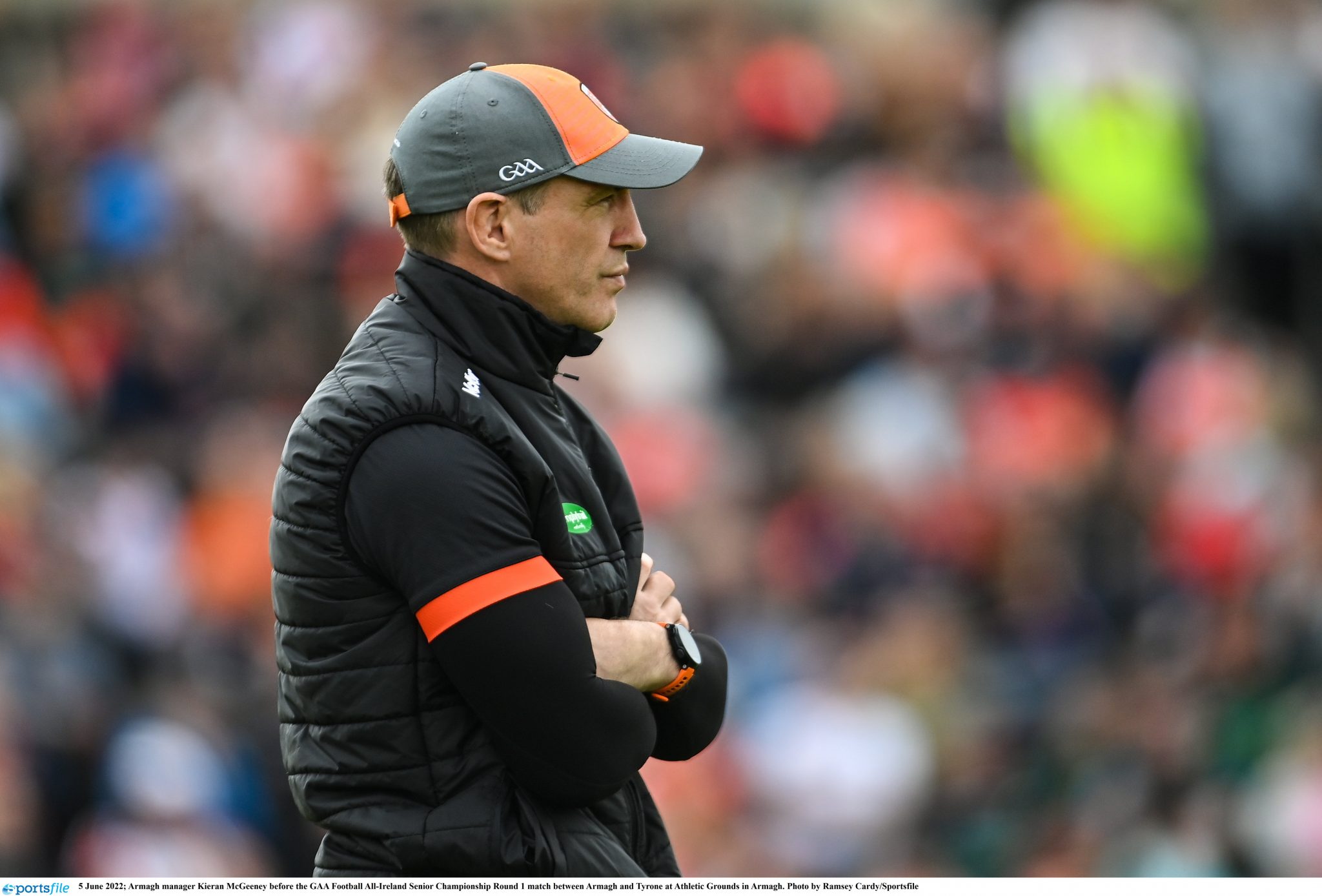 The head has dropped because it didn't have far to fall; you were never inspired enough to look upwards and your wallet is full of spare change because you didn't totally buy what the gaffer was selling you.

The Armagh inter-county team do not have this problem. Despite being in charge for eight years, Kieran McGeeney commands the utmost respect from his players, and they are willing to prove to everyone that he is the man to take them forward.

The former county captain has already achieved the hardest feat that any manger or coach can get, which is gaining total belief from his players that what they are doing is the right way to do things. 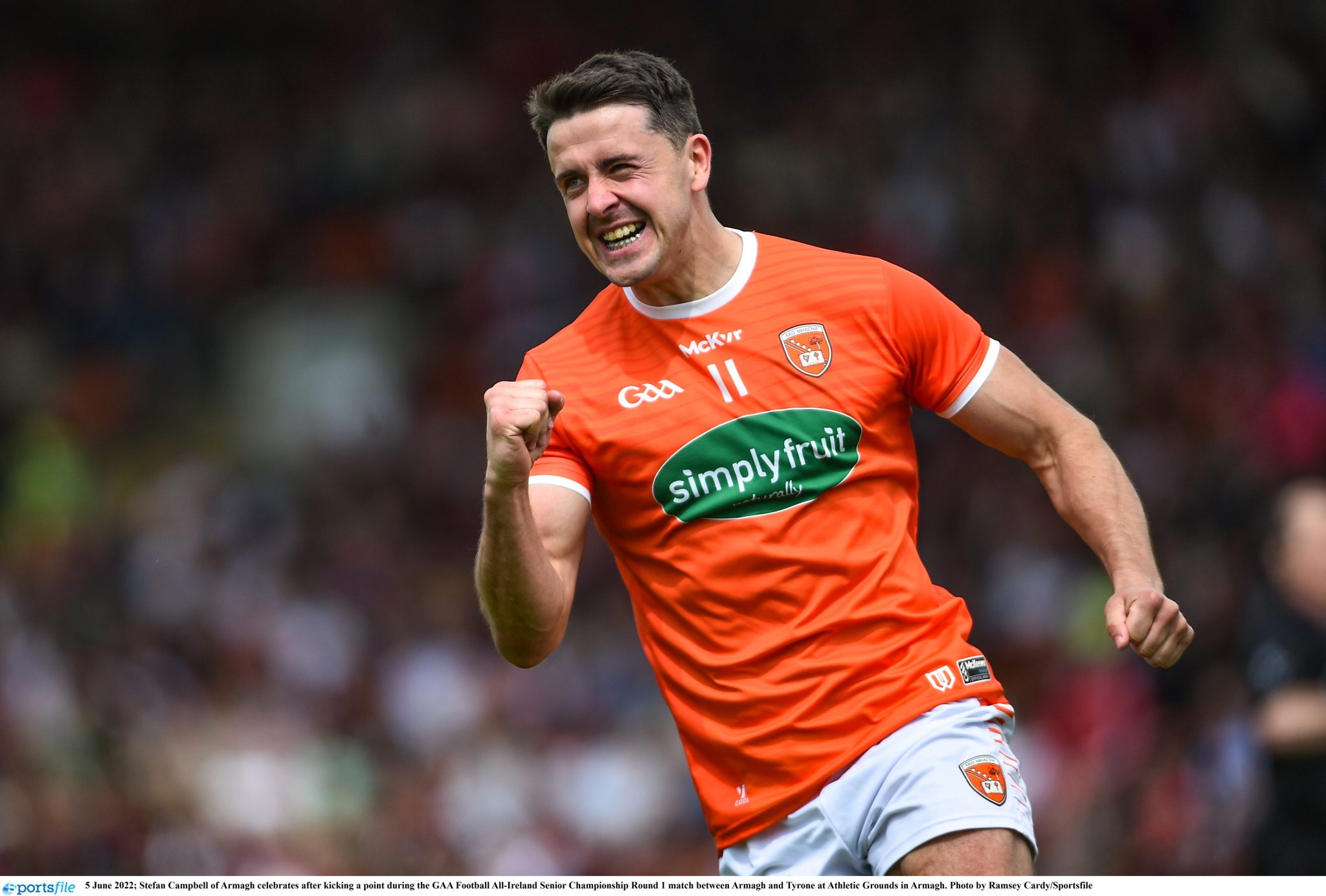 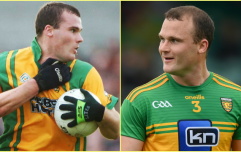 END_OF_DOCUMENT_TOKEN_TO_BE_REPLACED

It's been a long and slow process, and although it certainly hasn't been linear, the upward trajectory that the Orchard county has been on is now clear to see in black and white.

The league was the first mission - as they were initially buried in the depths of Division Three - and no team worth their salt can aspire to compete with the top sides while playing most of their football there.

Throughout the years, with literal ups and downs, McGeeney finally guided them to the top table, solidified their spot there last season, and then attacked it like ravenous animals this year. 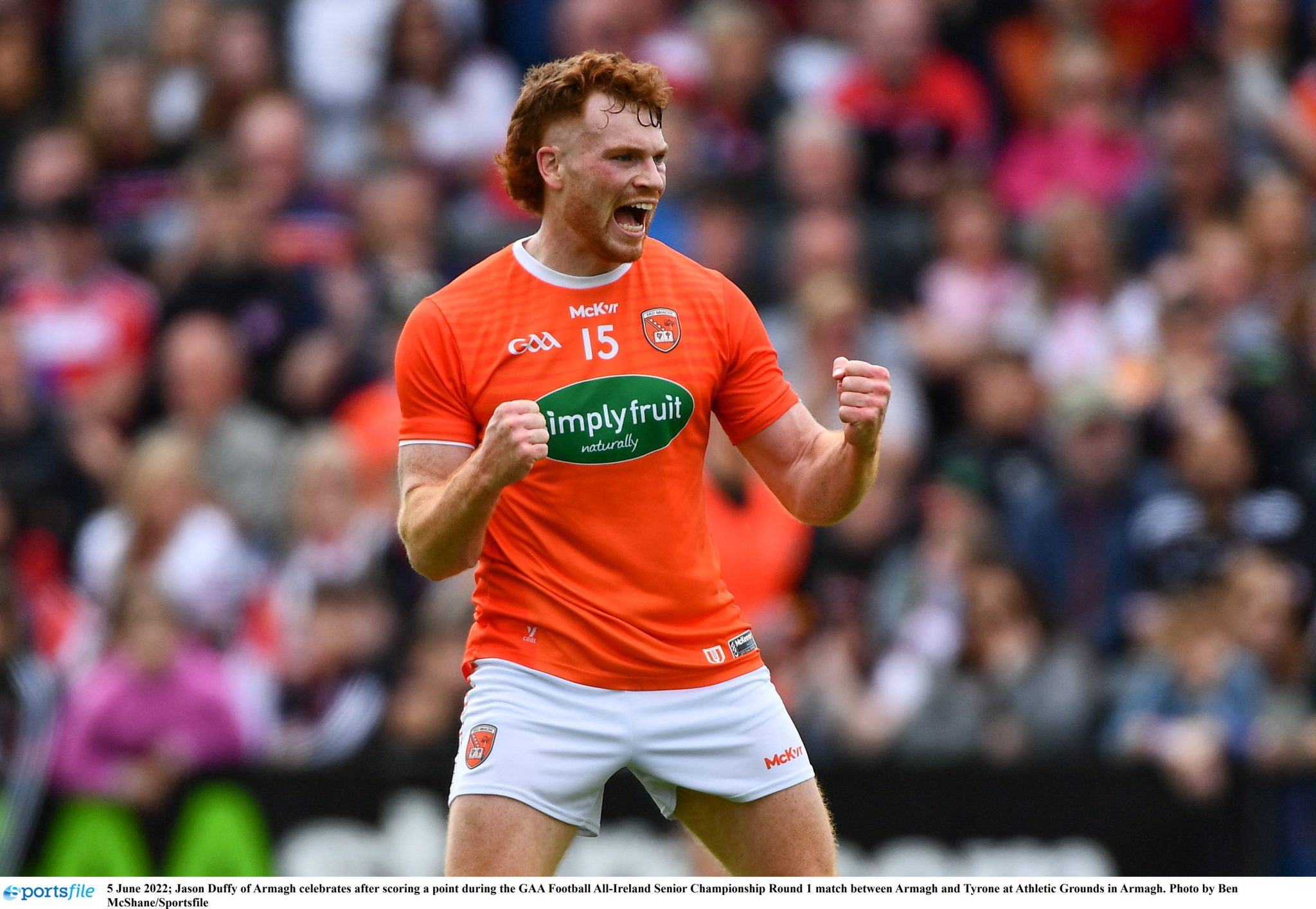 END_OF_DOCUMENT_TOKEN_TO_BE_REPLACED

After a brilliant start to the campaign, they struggled to maintain their high level of form, and this unfortunately carried though to the championship, where they crashed out of Ulster following a dismal performance against Donegal.

The bitter disappointment that they would have felt in this defeat - with so much promise already built up this year - would have been very difficult to spit out.

Usually with such a defeat, fingernails are on full display as the index starts to be pointed and furiously wagged with contempt. 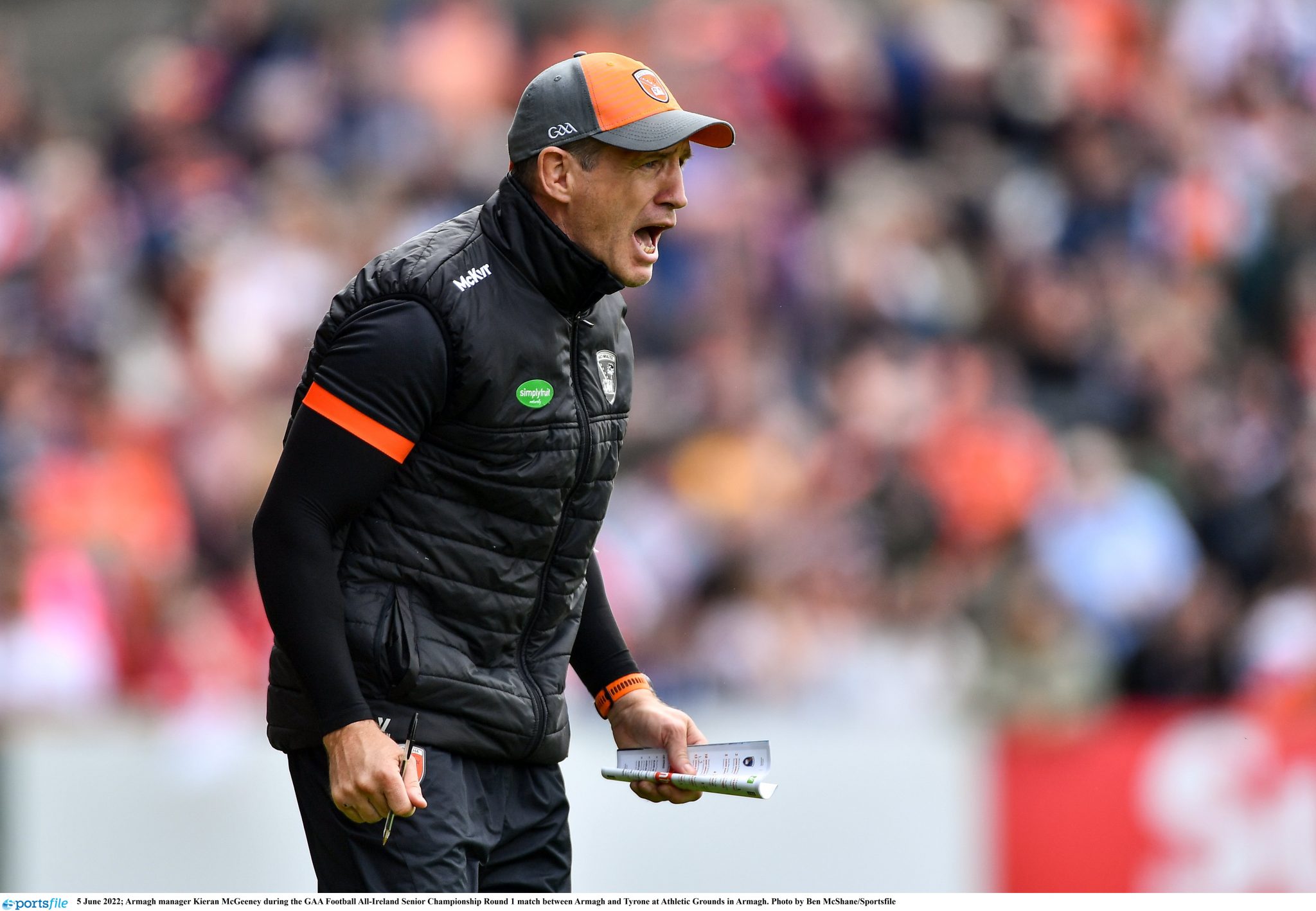 Outside of the Armagh camp, the media had already started to murmur 'what ifs' regarding the future of McGeeney, especially as they had now drawn the All-Ireland champions in the back door.

Would a loss spell the end for the former centre half-back? Has he been in the job too long? Who should take over if Tyrone were to beat them?

After yesterday afternoon, these questions have all been swept up and locked away in a cabinet labelled 'future problems' because the players responded in a way that shows they believe there is only one man they want in charge. 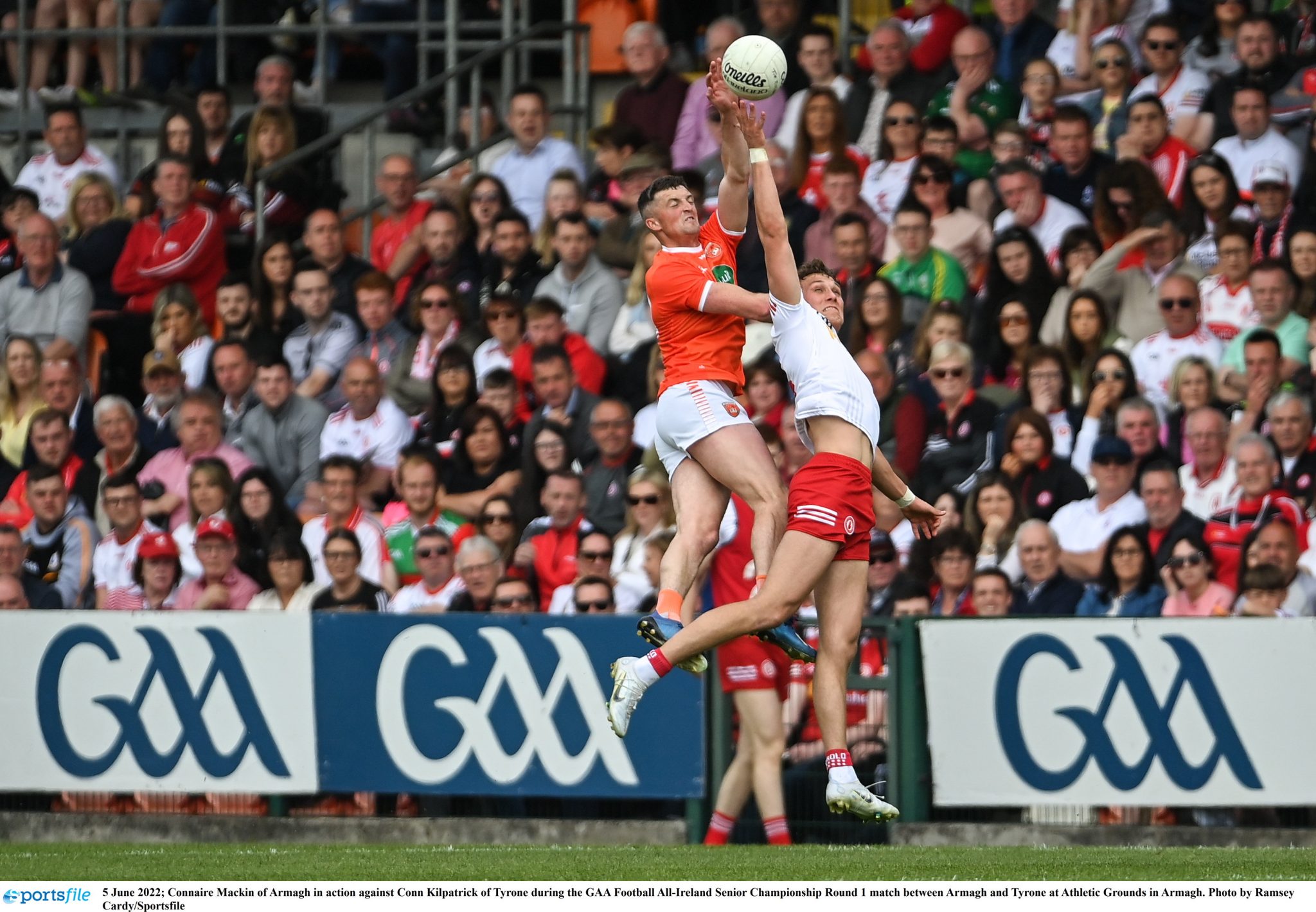 After leaking an early goal thanks to Conor McKenna, it would have been easy for the men in orange to drop their heads and admire their boots, but they simply skipped past it like it was a Facebook ad for a razor you already bought, and then scrolled down to the other side of the field, where they swiftly retaliated with a goal of their own.

From there, the home side completely took over and players such as Connaire Mackin, Stefan Campbell and Ethan Rafferty went on to decimate the Red Hands.

The selection of Rafferty in goals raised a few eyebrows considering the fact that he is traditionally a forward, and when it didn't have its desired affect against Donegal in the Ulster Championship, many were surprised to see him between the sticks again next time out. 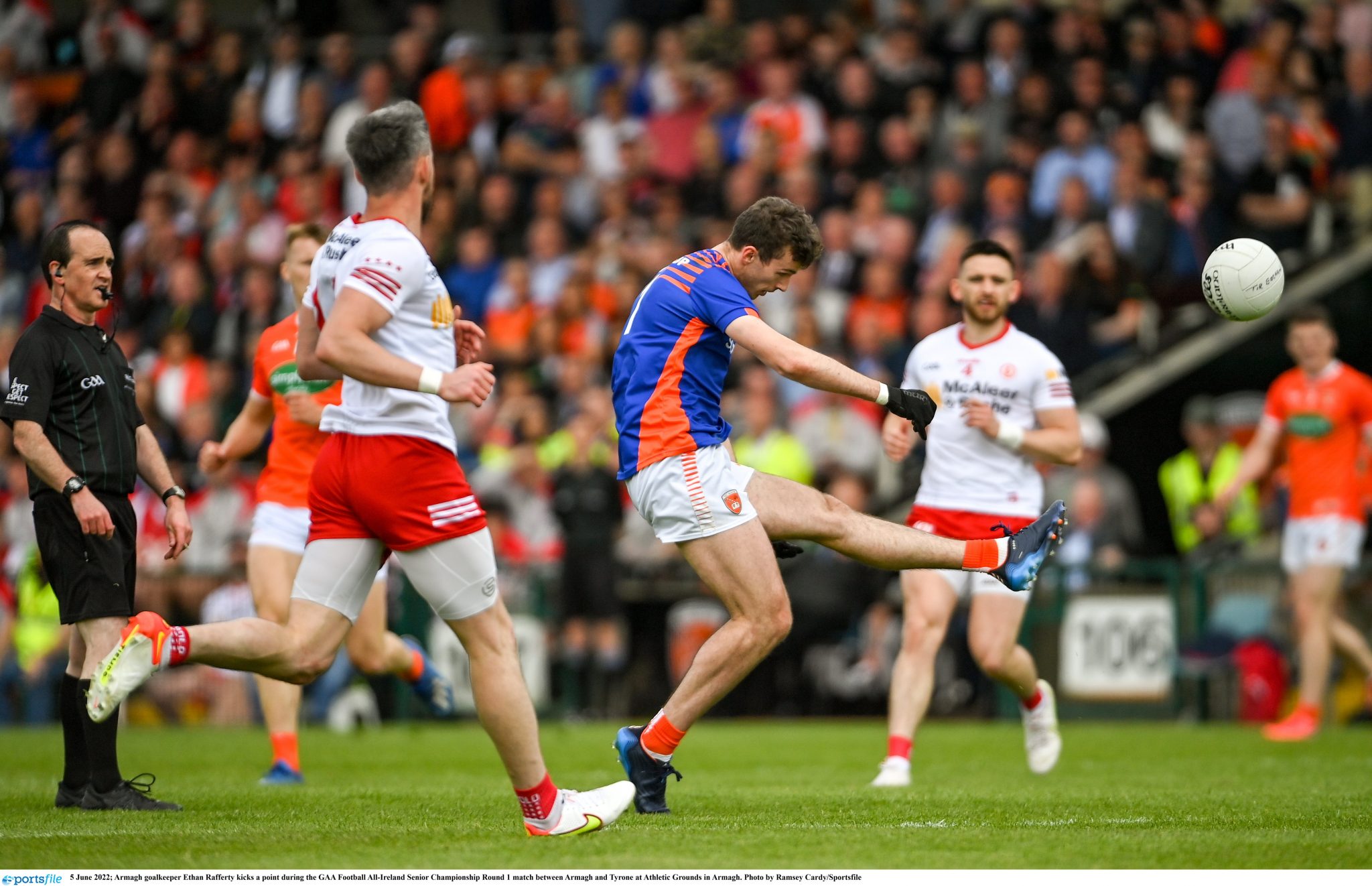 McGeeney though, stuck to his guns, his principals, his plans, and his soldiers followed them to the letter of the law, so it must be satisfying to see the sweeper keeper kick two scores from play and become the first Armagh goalkeeper to score in the championship.

Not that McGeeney would care at all what others though about his decisions; that's probably his biggest strength, a complete disinterest in exterior criticism and a deep conviction that he knows what he's doing is best for the team. 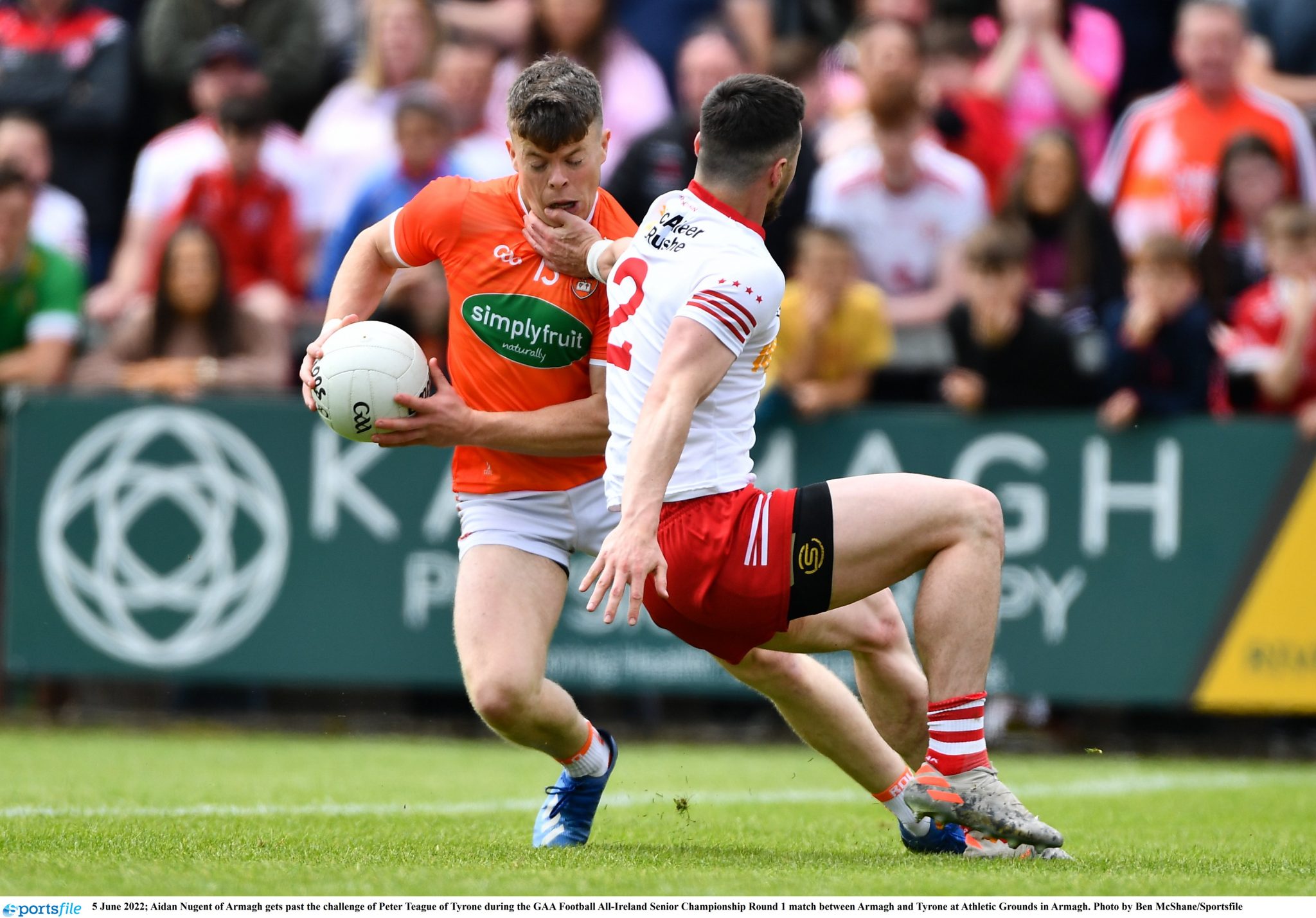 In a game where longevity is a rarity for managers and coaches - especially when the success is not always so obvious, like All-Ireland and provincial titles - the consistency of this team's progression under Geezer continues to be very impressive.

Armagh now march on to the next round after dumping out the reigning champions, and the familiar foes of Donegal await them.


popular
"No" - Anxious wait for Jacob Stockdale injury update after latest blow
Players and mentors line up to shake referee's hand as 'Respect the ref' kicks off in Wexford
"It’s basically like a mix between rugby and soccer" - Paul Mescal attempts to explain Gaelic football on American TV show
Peter O'Mahony sparks melee after angry reaction to Zebre goading
Philly McMahon story best captures the kind of club-man St Vincent's legend Brian Mullins was
Former Manchester United teammate admits that he "idolised" Roy Keane
Na Fianna forward goes full 'Mugsy' with great point as Ballyboden crash out of Dublin Championship
You may also like
4 days ago
The return of Paul Mannion and Jack McCaffrey proves that Pat Spillane is wrong about split season
4 days ago
Cavan and Mayo club championship games live on TV this weekend
1 week ago
All-Ireland final date set to be moved yet again as GAA reshuffle the calendar
1 week ago
The five types of five-a-side players filling your team during the GAA off-season
1 week ago
Oisin McConville: "I think Ray Dempsey would have been a better choice for Mayo, genuinely”
1 week ago
Two senior club hurling games and one football championship final on TV this weekend
Next Page