"We heard a few club members saying that we didn't beat Cross that year."

Maghery Seán MacDiarmada stunned the Armagh GAA scene, back in 2016, when they won their first ever Senior Football Championship title. It was quite the achievement for a club that had, at that time, been going 110 years with only intermediate and junior success to its' name.

The only niggle, in the months that followed that success, was having to hear that they never met the mighty Crossmaglen Rangers on the way.

"A championship medal is a championship medal," Maghery's Aidan Forker reasoned on The GAA Hour. "But the year we got beat in the final, in 2017, we beat Cross in the semis. we had great ding-dust battles with them over the years. It's always been nip and tuck."

When league play resumed, earlier this summer, Maghery Seán MacDiarmada defeated Cross. However, most expected the 45-time Armagh champions to make it three successive county finals in a row, last Sunday, when the two sides faced off.

Maghery trailed by two points at half-time but plundered three goals in the second half to ultimately win out 4-9 to 0-17 and claim only their second senior title. Forker, who scored 1-3 in that final, spoke with Colm Parkinson about what the title means to those involved at the club. 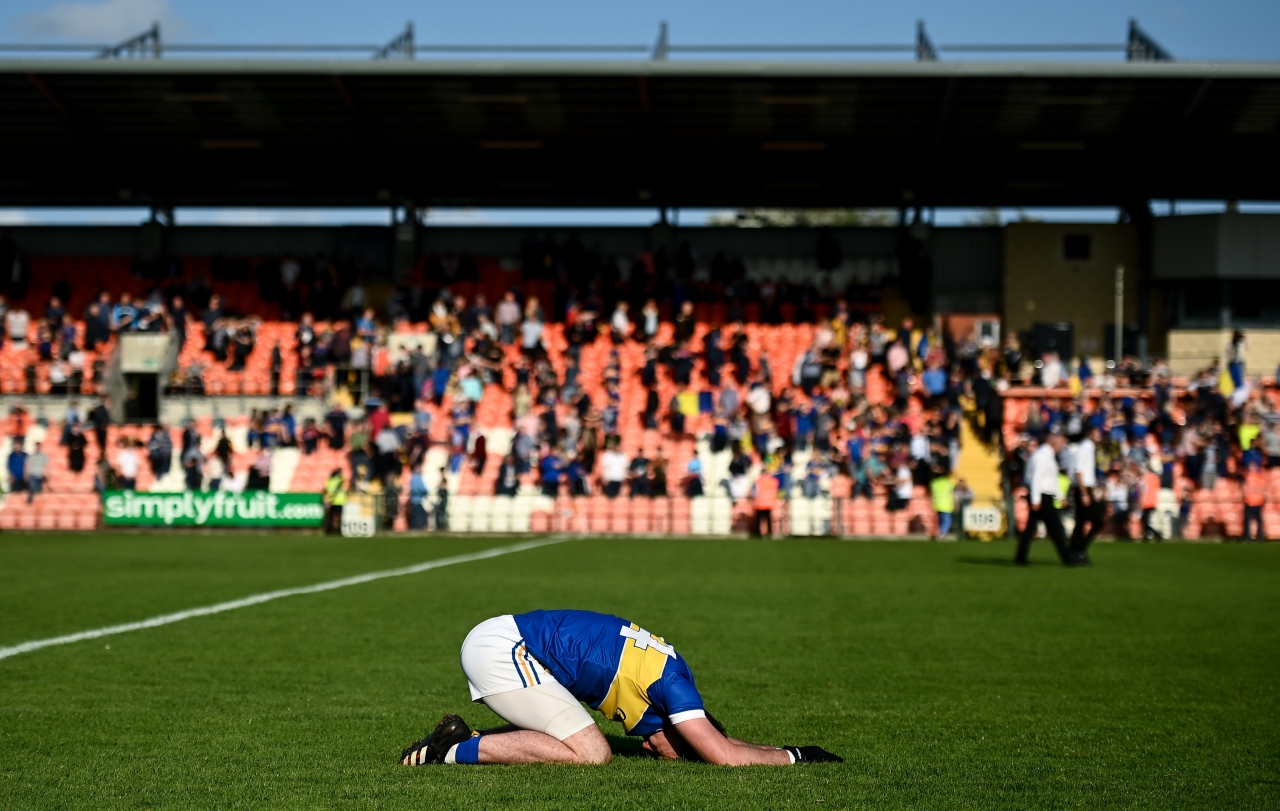 Forker, who has been deployed as an attacking wing-back by Armagh boss Kieran McGeeney, was used much higher up the pitch for Maghery and revelled in the pre-match instructions to drive at the Cross defence and go for goals.

END_OF_DOCUMENT_TOKEN_TO_BE_REPLACED

He would have spent some of his club career fighting and scrapping against the king-pins of Armagh football so denying Crossmaglen Rangers their 46th senior title is right up there in his list of career achievements. On what that county title means, he says:

"Maghery is a wee, small community. There's only around 200 homes in and around this area and a lot less families. Listen, it's probably the golden era for this club. We would have had good quality coming through, in ones and twos, but never in a team sort of setting. At underage we never had much success. We were always playing at intermediate level.

"Us boys coming through, we had an amalgamated team. We had to join with another club just to make up the numbers. We were a product of that system.

"But, look, we always produce good footballers. It's just about trying to bring one or two through [to the senior pane]. There's a good spread of age ranges in the team - boys who have been about the block for maybe 20 years and boys who are just coming through. They've all sort of come together in the melting pot, as a team, for the past five or six years and we were just trying to capitalise on it. It would have been a shame if we had just won one championship. We had a wee bit of hurt from the 2017 final, and feeling that we didn't do ourselves justice in the second half and thankfully we righted a few wrongs with this one."

To put their victory in context, Crossmaglen had won the last 23 county finals they had reached.

The beasts have been slain and Maghery celebrated heartily and, Forker adds, in a socially distanced and responsible matter. They will soak it in a while yet before turning their attention to great deeds, in Ulster and beyond.


popular
Conor McGregor bought out of Proper 12 whiskey company
Sean O'Brien's parting gesture won't soon be forgotten by Scott Penny
The SportsJOE 12 o'clock quiz | Day 312
Leinster reach PRO14 Final but Ulster have every right to feel aggrieved
QUIZ: How well do you remember the 2010 World Cup?
Here's a list of 23 people who own a greater share of the UFC than Conor McGregor
QUIZ: You have 90 seconds to answer this tricky football question
You may also like
2 days ago
"The minute it left my boot, I knew it was going over" - Tipp's 2020 pilgrimage began with a challenge
1 week ago
"Hang on lads, there is more to life outside of Dublin" - Connellan is a rebel with a cause
2 weeks ago
"If we moved we were dropped" - Good memories come flooding back for Ryan
3 weeks ago
"The more you win, the more motivated you become"
3 weeks ago
"Angry" Sligo manager McEntee calls on GAA to stand up to government and get some clarity for its members
1 month ago
"My thing was just to play the game, have the craic and enjoy it afterwards"
Next Page