Anton Tohill's tears tell a story of their own but it's the reaction of his teammates that tell you just how hard this man has worked for his moment.

The Collingwood team huddle almost erupted with excitement, all jumps, roars and backslaps on Tuesday when head coach Robert Harvey let them know that Derry's finest Anton Tohill would make his AFL debut this Friday night. In what was clearly an emotional moment for the player himself, what stood out even more was the joy and excitement of his teammates for a 21-year-old who is quite clearly a popular member of the team.

Having made the move to Australia in 2018 after standing out for the Derry minors, Tohill served his time as a rookie before catching the eye in the VFL this season. It was his impressive displays for Collingwood's second string that saw him move up the ranks to where he is now, to the target that will have been on his mind ever since the Pies first called three years ago. 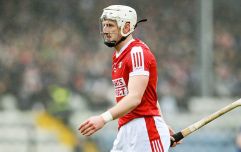 END_OF_DOCUMENT_TOKEN_TO_BE_REPLACED

At that rate and when you consider that many Irish exports don't make it to the first team at all, Tohill's emotion was understandable and it was refreshing after Harvey called him out as the team's 9th debutante for the year for the game against Port Adelaide this Friday night.

The tears were flowing as Derry's Anton Tohill found out he'd make his AFL debut this Friday night.

This would have been the aim when he moved Down Under three years ago and it's clear how much it means to him 👏pic.twitter.com/AcOqjZgM34 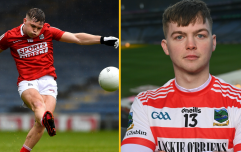 END_OF_DOCUMENT_TOKEN_TO_BE_REPLACED

Tohill senior went onto succeed in every sport he turned his hand to, even earning himself a trial for Manchester United and after all that, the old seanfhocal still rings true - Briseann an dúchas trí shúile an chait...


popular
Man United could be blocked from playing in the Champions League next season
Man United vs Leeds: Why the game won't be shown on Irish TV
French media's opinion of this Ireland team becomes clear as vital clash nears
Ireland team vs. France: Form players rewarded and a welcome return
Eight players to watch in tonight's Sigerson Cup semi-finals
Clive Woodward happy to 'eat humble pie' after bold comments about Ireland
"I should have been more mature" - O'Sullivan's injury trail a cautionary tale for Sigerson casualties
You may also like
1 month ago
How many of the 65 county senior champions for 2022 can you name?
3 months ago
All provincial first round fixtures confirmed as race for All-Ireland club hots up
3 months ago
GAA JOE Team of the weekend
3 months ago
Bray, Walsh and Mackey nominated for the top award in camogie
3 months ago
GAA JOE Team of the weekend
3 months ago
Shocks in Wexford, Leitrim and Monaghan on blockbuster day of county final action
Next Page