"Sure everyone breaks ribs" - O'Connell made of tough stuff

Quiet these days for Martin O'Connell.

With restaurants and hotels only at half capacity, the pork and bacon trade is slow for this supplier. Thank God for the football. He's the Walterstown intermediate manager and he's delighted to be back.

"That's my adopted club now, I've been living here this 20 year. Ah sure these last few weeks have been strange, the days have been quiet so it's great to be back out doing a bit of training with the lads..."

END_OF_DOCUMENT_TOKEN_TO_BE_REPLACED

Since he was 15 years of age, the Millennium Man has known nothing else. Coming from St Michael's, a small rural club club just outside of Kells, he grew up in a place where the youngsters played with the adults. Not by choice but because they were needed to field a team.

Time moves on and some things change but at 49 Martin O'Connell was still filling in for his home club. In 2015 he played in goals for their juniors, Mr. Versatility just can't keep himself away from it. 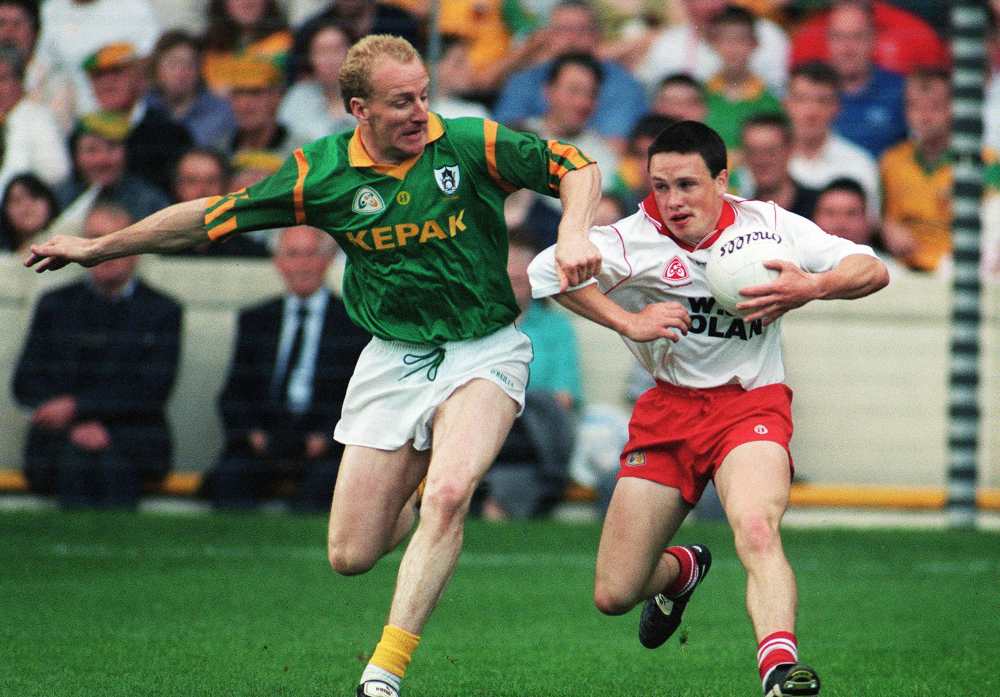 "I started playing adult football when I was 15, thrown in corner forward. Sure look, from a young age, there was nothing else. You'd ride your bike over to the football field and spend the day there."

In at 15, in competing with the monumental men of the Meath club scene. That was a rude awakening but a boy quickly becomes a man and this baptism of fire helped mould a teak-tough defender, one of the gutsiest players of Meath's greatest ever era.

"Training with older fellas and that, you earned your ball and you got tougher really...it was tough football. You had to get tough because if not, you were going to be wiped out..."

O'Connell learned to stand his ground. It wasn't long before his performances with the club and with the Meath minor team earned a call-up to the county seniors but things were slow to get going in the first few years and that all came to a head in '87, when O'Connell, disgruntled at being played out of position, dropped himself off the panel. O 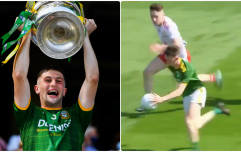 END_OF_DOCUMENT_TOKEN_TO_BE_REPLACED

"My favourite position was probably left half back but I learned that the hard way. When I left the Meath panel in '87 because I wasn't being picked at wing half back, I thought I was doing the right thing but I soon realised it was the wrong thing and I was praying Sean would ring me back. Thank God he did. Ever since that, if he asked me to play in the goals, I would have played in the goals if you know..."

From there, Mr Versatility was born. From then on, the blond bombshell would inspire Meath with his strength, agility and anticipation. His kick-passing was inviting but it was that extra edge to his game, that aggression and that bravery which set him apart. A childhood of mixing it with bigger men stood in good stead, whenever a block was needed or a body required, O'Connell was standing up in the brave new world of the Sean Boylan era.

Honoured to talk to two Millennium Men in our midst, Brian Whelahan and Martin O'Connell.

They had some great stories to tell about being named on the best GAA team of all time ⭐️https://t.co/rouOxXmAYR

"I was one of the smallest in the family, all the other brothers were very tall. I didn't start shooting up until 14/15 but I was over 6 foot when I was playing. 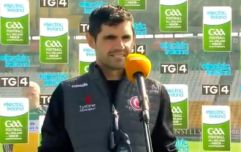 END_OF_DOCUMENT_TOKEN_TO_BE_REPLACED

"I was one of these fellas, I was versatile, I could have played anywhere with the club, I mightn't play brilliantly but I was comfortable enough in most positions - I used to play centre half back or wing back or even midfield or wing forward. But yeah, left half back was my favourite."

The litany of war-wounds suffered are a testament to the man's determination but O'Connell insists he got away scot free. "Sure everyone breaks ribs," he says.

"I broke the collarbone, broke my hand, broke my ribs naturally enough of course, sure everyone breaks ribs. I had a disc removed in '97 but I did well really with injuries, I didn't really get them until the end of my career."

"I had an awful lot of tough fellas around me and that made the game a little easier for me too. When you play with the likes of Liam Harnan and Mick Lyons - now people say they were dirty, they weren't dirty - it was just that toughness and that rawness that whatever was in their way, it wouldn't matter because they'd go through it to win that ball anyway," he adds.

Together, they'd win six Leinsters titles and three All-Irelands in a golden era for the Royals.

"Sean was brilliant too that time, he was just great with everyone. If there was ever anything hard or harsh to be said, he'd say it to your face, he wouldn't say it in public..."

By the end, O'Connell's longevity, his versatility and his willingness had earned him a place on the team of the millennium. There he was, etched in the history books as the best left half back ever.


popular
"Some of the generals wanted me executed" - Irish rugby legend on flag caper that went wrong
"Johnno went, 'We’re not moving! You're trying to mess us about!'" - Ben Kay recalls red carpet controversy
Rio Ferdinand claims that Cristiano Ronaldo should have been told to 'sit down' against Young Boys
Garry Ringrose challenges "pretty ridiculous" changing conditions for women's players
Gary Neville embarrassed again following hasty Liverpool tweet
Clinton Morrison shares advice Roy Keane gave him on morning before Saipan showdown
Michael Schumacher paralyzed and suffering from memory and speech problems
You may also like
1 week ago
The scenes in Croke Park will have young girls saying 'why not me?'
1 week ago
"There are two people that work on her game, Emma and her dad Liam"
1 month ago
"They definitely don't seem to have the same aura" - Dublin continue to struggle for top form in championship
3 months ago
After losing her hurl, Meath captain blocks with nothing else other than her bare hands
5 months ago
"These guys didn't even know what deodorant was" - How Meath's 'savages' prepared for Flynn for toughest challenge of his life
6 months ago
"When Sean Boylan was around, you didn’t need a psychologist or a counsellor - he did it all himself"
Next Page