Super Sunday in store as county final season is here

It's hard to believe it, when you consider that the last of the inter-county finals only threw-in at the weekend, but in varying corners of the country county finals are already upon us.

Wexford, Carlow and Kerry didn't hang around and so, before the majority of counties have reached the quarter final stages, it's county final time over there. As a boost to the GAA population all over, TG4 are on the ball in Wexford and in Carlow to make for a super Sunday in the sunny-south-east, with both hurling finals to be shown live one after another.

The Super Sunday starts with the clash of St Anne's Rathangan and the Rapparees in Chadwicks Wexford Park. Only a time-traveller would have called this pairing at the start of the campaign but then again, with 13 evenly matched teams contesting the senior grade in Wexford, it's been one of those seasons. An Oulart-the-Ballagh-St Martin's final would have seemed likelier at the beginning of the journey but as it turned out, this was the relegation final, and one that, after a 13 point loss, saw Oulart lose their senior status for the first time in 36 years. 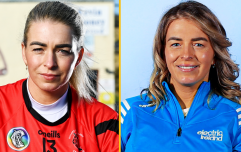 END_OF_DOCUMENT_TOKEN_TO_BE_REPLACED

But St Anne's and the Rapps have been the best of the bunch this time around and that's why they're the last teams standing. Anne's, in particular, put in a stunning display to beat reigning champions Shelmaliers in their semi-final last weekend, hurling for 50 minutes with 14 men. Liam Óg McGovern and Diarmuid O'Keeffe are the main men for the Rathangan side, who will be gunning to make up for final hurdle falls in 2014 and 2018.

The Rapps, meanwhile, defeated a fancied Glynn-Barntown side in the semi-final, a late Kevin Foley penalty sealing the deal for the Enniscorthy men. Foley himself and the brilliant Liam Ryan will be their main men in a final that will be worth watching. 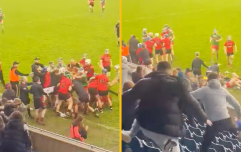 END_OF_DOCUMENT_TOKEN_TO_BE_REPLACED

Elsewhere in Carlow, it's a meeting of the two teams who, between them, have won every single Carlow SHC since 2009. Mount Leinster Rangers have won seven in that time-frame to St Mullin's five and with the county's two marquee forwards - in Chris Nolan and Marty Kavanagh - facing off, expect sparks to fly and sliotars to sing here too.

The Kerry final won't be live on television but sure as night and day, Buff Egan will be there. To date this season, his coverage of club championships from Galway to Wexford to Waterford to Kilkenny has been top class and when Kilmoyley take on St Brendan's in his home county's decider, you can expect the man-himself to be ringside.


popular
"Every team did it!" - Paul O'Connell on Roy Keane comment to Ronan O'Gara that he couldn't deny
Five confirmed changes and guidelines to have big impact on 2023 Six Nations
"It's crazy to think Bundee Aki might come straight in and start against Wales"
Owen Farrell praises Johnny Sexton in revealing interview ahead of Six Nations
CCCC order replay of All-Ireland club football final
Everton release brutal 59-word statement to confirm Anthony Gordon departure
British publication urges Gareth Southgate to claim Evan Ferguson for England
You may also like
2 months ago
All provincial first round fixtures confirmed as race for All-Ireland club hots up
3 months ago
'It's a breath of fresh air to focus fully on football' - O'Hanlon backs Wexford's divisive club championship
3 months ago
Predicting the 24 biggest knock-out club championship games this weekend
3 months ago
"I think Wexford football is in trouble if something is not changed" - Banville criticises Wexford lay-out
3 months ago
Players and mentors line up to shake referee's hand as 'Respect the ref' kicks off in Wexford
4 months ago
Situation at 'crisis point' as GAA referees dwindle amid incidents in four different counties
Next Page