"Stephen Rochford can't unknow what he knows about Mayo. He knows everything"

Suddenly the dice has landed in favour of Mayo.

They lost to Roscommon, stumbled unconvincingly back through the qualifiers, got hammered by Kerry, didn't impress against Meath and after all that, they have a home All-Ireland quarter-final knowing that a win will take them through.

Contrast it with Donegal, the Ulster champions, the undefeated, swatting Meath aside and thrilling the country against Kerry, they haven't put a foot wrong and now they have to go away from home - to a ravenous Mayo, no less - to stay in the championship.

Donegal have the venue disadvantage, they've lost Eoghan Ban Gallagher and they haven't said a word about the injuries of Jason McGee or McBrearty either but what they do have is someone who knows the opposition inside and out.

On The GAA Hour live show in Westport on Thursday night, Kevin McStay was joined on stage by one of Stephen Rochford's backroom team, Tony McEntee, and McStay explained what an Ace card it is for Donegal to have him on board for this game.

- "Enda Smith was our main player and I looked up and couldn't believe it, there was Lee Keegan in midfield grabbing Enda Smith."

- "It probably was, ya fecker." pic.twitter.com/DNPI2DkyQZ

Kevin McStay has experience in taking a team against his native county. In 2017, he took Mayo to a replay in the quarter-finals when he was in charge of Roscommon and he thinks there's an incentive there for Rochford because of the way he departed Mayo after coming so close to Sam Maguire twice.

"He's certainly not sending Christmas cards to the county board," McStay said.

"Some of the senior players were quite deafening in their silence in support of him once he left. It just died a death, he was gone and it moved on.

"He will feel nothing but the only thing that matters: to win. He's a son of Mayo, the same as I am, but when you're on the other side, it's about the W.

"You don't want it but you're saying, 'Jesus, if I could pull one on him, or pull one on Mayo, it will help the pain to a certain degree'.

"He can't unknow what he knows about Mayo. He knows everything."

And McStay went into detail about what Rochford will know and why it's a big advantage here at 35:00:

Whilst McEntee argued that Rochford's influence to date with Donegal is overrated, McStay says that you'd be naive to think he won't bring a lot to the table for this fixture.

"Do you think Declan Bonner isn't saying this week, 'how can we get under the jumper of X, Y or Z? Who might they match up on Michael Murphy? Who might we match up on whoever?'" 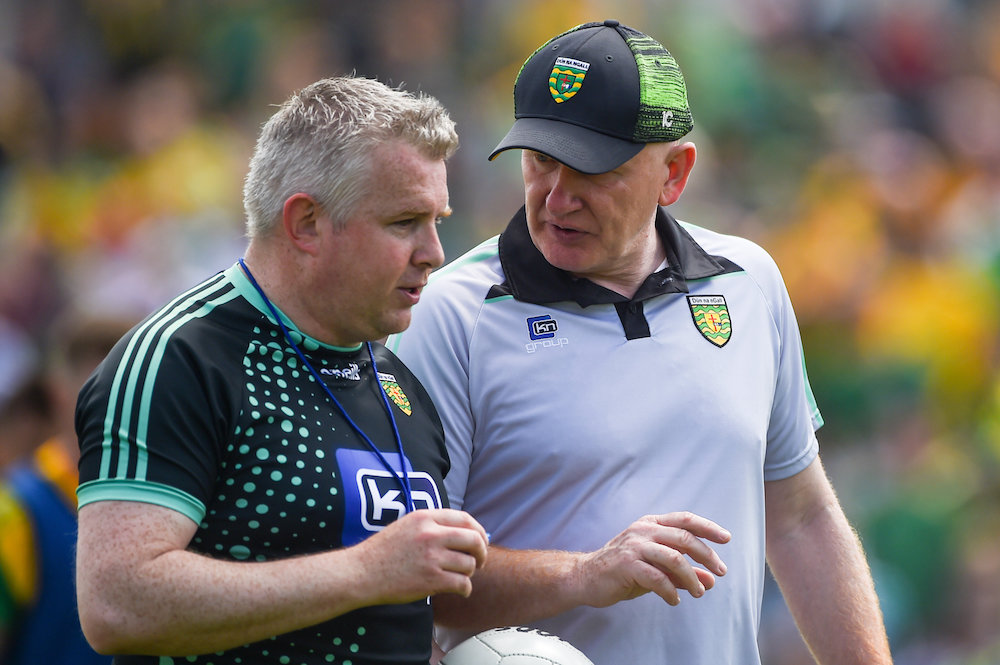 And there's no better man to ask because, for three years - just until the last winter - Rochford lived and breathed Mayo football.

"He was their manager for three years after all. Tony [McEntee] knows his bit from coaching, the S&C guy knows his bit but the manager knows the whole lot - or else he's not managing it right.

"He would've been going to bed every night thinking about nothing else. It's 24/7.

"He's honour bound to use everything he has to try and get the win for Donegal."

You may also like
4 weeks ago
The GAA Hour | Football | Mayo 'standing off', Congress analysis and the Tunnel row
1 month ago
Mayo issue update on crunch Allianz Leagues clash with Kerry
2 months ago
James Durcan stuns Ballybofey with last kick of the game
2 months ago
"Growing up, I would always have been naturally fit"
3 months ago
Mayo confirm cult hero Ciaran McDonald has joined their coaching staff
5 months ago
"I was slow, I was never a David Clifford finisher" - Moran's modesty a genuine thing
Next Page