Kerry footballer Brendan O'Sullivan was issued with a 21-week ban on the back of testing positive for the stimulant methylhexaneamine, Sport Ireland has announced.

Sport Ireland released a statement in response to Kerry GAA's revelation yesterday, that O'Sullivan failed a drug test after the 2016 Allianz League final loss to Dublin.

The statement confirmed that the Valentia Young Islanders club man committed an anti-doping rule violation and that he was sanctioned for his offence. 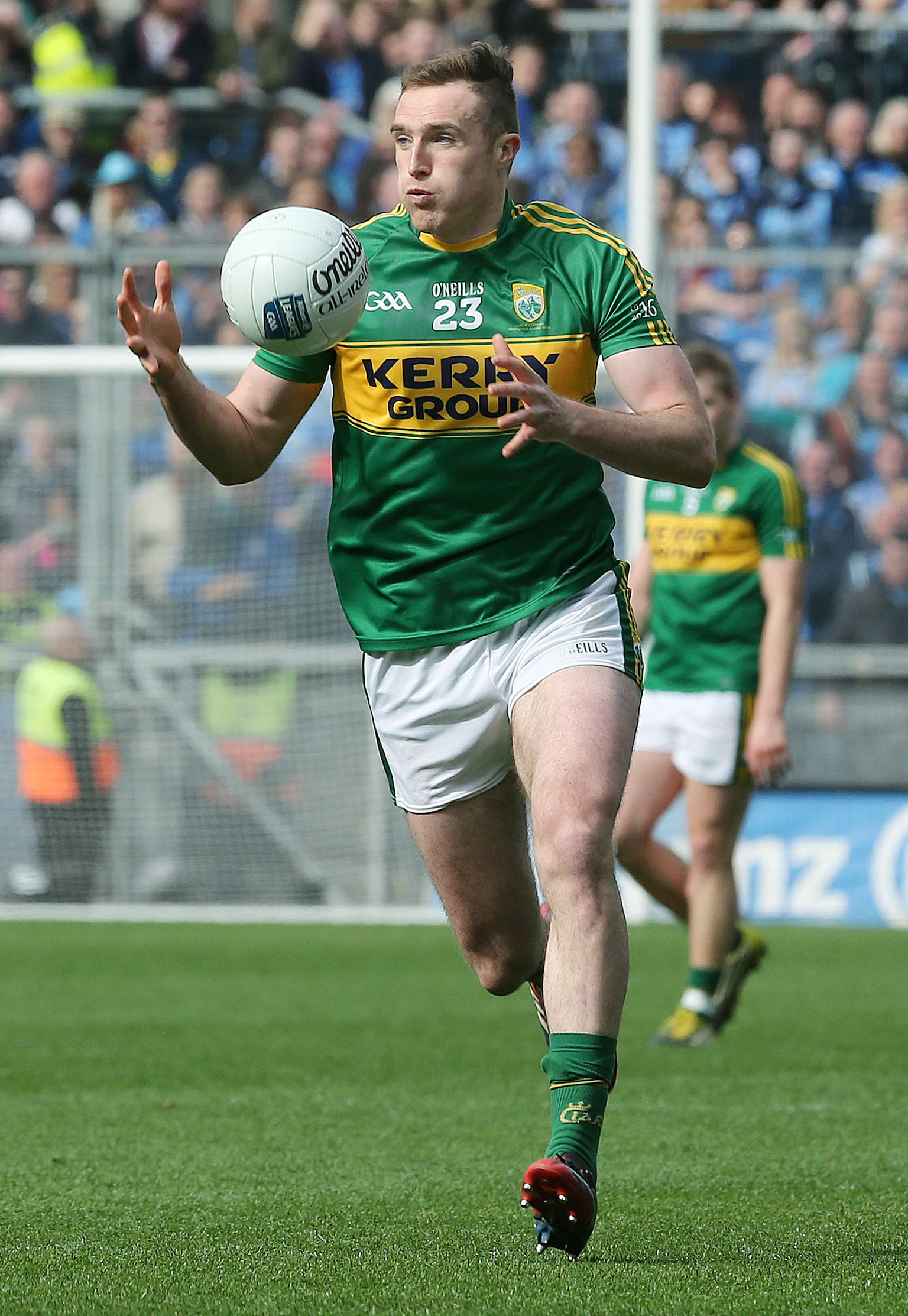 END_OF_DOCUMENT_TOKEN_TO_BE_REPLACED

Methylhexaneamine is a stimulant that was added to the World Anti-Doping Agency's banned list in 2010.

The statement reads in full:

"In response to public comment made by the Kerry County Board and in the media, Sport Ireland can confirm that the Irish Sport Anti-Doping Disciplinary Panel has sanctioned Mr. Brendan O'Sullivan for the commission of an anti-doping rule violation.

Mr. O'Sullivan, a player with the Kerry Senior Football team, received a period of ineligibility of 21 weeks for testing positive for the stimulant methylhexaneamine ("MHA").  Mr. O'Sullivan was tested on 24th April 2016 after playing as a substitute for Kerry in the National League Final.

He admitted that he had committed an anti-doping rule violation and engaged in a consultation process with Sport Ireland under the Irish Anti-Doping Rules regarding the sanction to be imposed on him. Sport Ireland accepted that it was a contaminated product case, that Mr. O'Sullivan bore no significant fault or negligence and reduced the applicable sanction to 7 months.

Mr. O'Sullivan declined to accept the specified sanction and on 5th January 2017 the matter was referred to the GAA Anti-Doping Committee.  The GAA Committee imposed a period of ineligibility of 6 months on Mr. O'Sullivan following a hearing on 13th February 2017.

Mr. O'Sullivan subsequently appealed that decision on 16th March 2017 to the Irish Sport Anti-Doping Disciplinary Panel which imposed a period of ineligibility of 21 weeks on Mr. O’Sullivan following a hearing on 30th March 2017.

Mr. O'Sullivan was provisionally suspended from the 13th of May 2016 to the 28th of July 2016, a period of 11 weeks before his provisional suspension was lifted by the Chair of the Disciplinary Panel because the violation was likely to have involved a contaminated product. The remaining 10 weeks of ineligibility commenced on the 26th February 2017, the date of his last participation in the Kerry panel

The Disciplinary Panel, which is an independent panel of experts from legal, sports administration and medical backgrounds, has indicated that it will give its reasoned decision shortly and this decision will be published by Sport Ireland on receipt in line with standard practice, along with the decision of the GAA Anti-Doping Committee.

Sport Ireland cannot comment on the detail of the decision of the independent Irish Anti-Doping Disciplinary Panel until such time as that reasoned decision is received.

Sport Ireland advises athletes there are no guarantees that any supplement is safe (free from prohibited substances). If an athlete chooses to consume a supplement Sport Ireland recommends they seek advice from a sports dietician and follow Sport Ireland’s risk minimisation guidelines."


popular
Eamon McGee just couldn't help himself with Armagh-melee tweet
Kieran McGeeney on the defensive after post-match questions on brawl
Damien Comer targeted in brutal, chaotic Armagh and Galway brawl
QUIZ: How well do you know Manchester United players of the 90s?
Conor Gleeson's gesture to heartbroken Ethan Rafferty a tonic after sideline brawl
Manchester United 'reject Barcelona's attempt to sign Harry Maguire'
Craig Casey relishing challenge of creating rugby history in New Zealand
You may also like
3 weeks ago
"The phone is away for four hours. It’s a great way to switch off." - nothing like a good game of golf for Clifford
1 month ago
Lengths Billy Sheehan went to for Collins Ugochukwu shows how welcoming the GAA can be
1 month ago
Tyrone's animal of an U20 midfielder runs out over the Kerry boys in Portlaoise bull-run
2 months ago
"If you were getting too tight, you'd get a box into the chest" - How the best forwards shut the trash talkers up
2 months ago
"The Aussies were brutal, they'd call you all sorts of names" - Hanley on sledging in the GAA
2 months ago
After all the mouthing, O'Hora admits defeat and pays his respects to outrageous Clifford
Next Page