Are Dublin going through an identity crisis or was their All-Ireland semi-final loss to Mayo a rare-blip in the machine?

As a continuation of the monotonous, risk-free and lifeless football that has categorised their year, Colm Parkinson, Ger Brennan and Aaron Kernan agree that there's more to Dublin's downfall than 'just a bad day at the office.'

It may seem crazy to be criticising a team that have won six-in-a-row but in life, as in sport, memories are short. It's all about the here and now and as of 2021, Dublin have, perhaps inevitably, looked like a team who have lost their way, their mojo as well as the insatiable intensity that made them great.

END_OF_DOCUMENT_TOKEN_TO_BE_REPLACED

Indeed, when thinking back on examples of their systems-failure during Saturday's game, Colm Parkinson sees a team who, too wedded to their possession-based-plan, have forgotten how to play Gaelic football.

"There was one stage in the first half where Fenton caught a great ball and he looked up and Fenton - unlike Howard, Scully and these boys who want to go sideways - he is a go forward man, with the foot. He looked up and Con (O'Callaghan) gave him nothing and he ended up having to turn around and give it back. He stuck his hand up in the air as if to say 'will you give me something?'

"Now I accept that the finishers, the likes of Bernard Brogan, the Gooch and these fellas don't always make those hard runs but sometimes you have to. And in fairness, Kilkenny made those hard runs all day. But he had no support. It was like 'let him win it and we'll see what he can do with it.' There was no inter-play, no lovely football. Dublin have completely forgotten how to play football. Is that outlandish for me to say?" 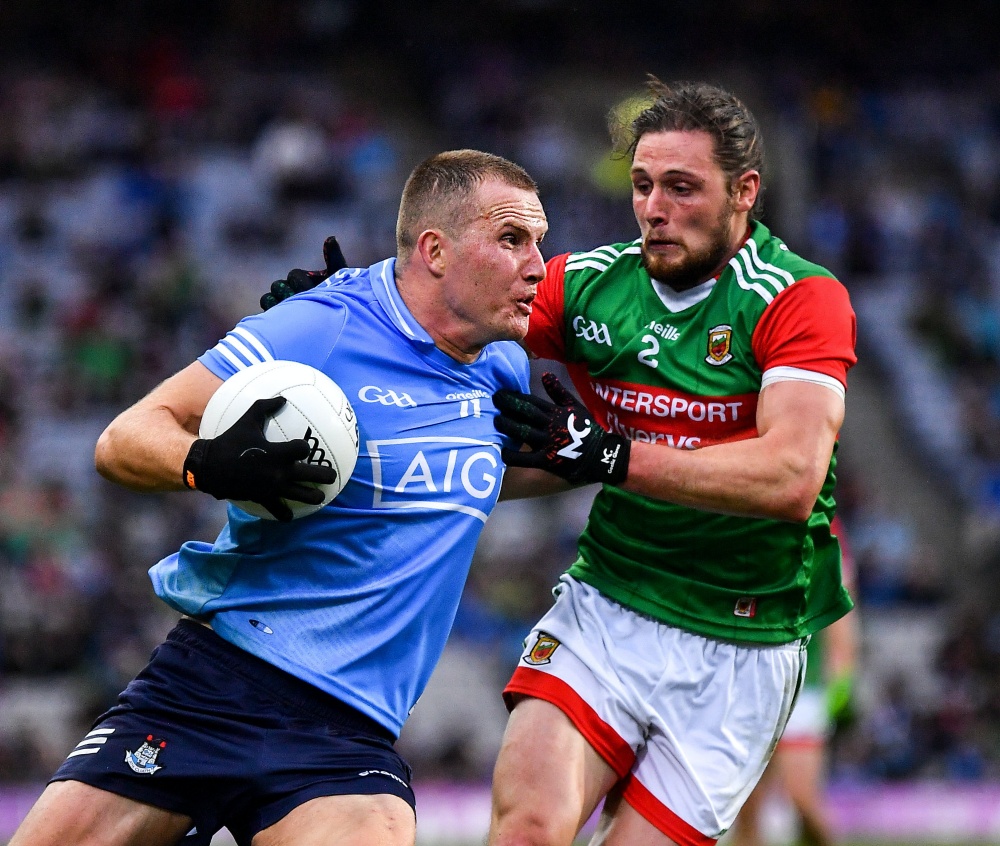 Former Dublin footballer Ger Brennan sees exactly where Parkinson is coming from, suggesting that, gradually, Dublin players like Niall Scully and Brian Howard in particular, have let the bold, natural instincts fade away from their game.

END_OF_DOCUMENT_TOKEN_TO_BE_REPLACED

"I made this comment about three years ago. Now Dublin won an All-Ireland that year still. But it was about the likes of Ciaran Kilkenny and Niall Scully I was talking about - now Niall made his name as a centre forward for the 21s, winning his own ball, going past fellas, same with Howard and Kilkenny - but the lads were being coached to preserve and protect the ball at all costs so that the instinctive nature that made them want to play Gaelic football in the first place was coached out of them. Niall Scully and Howard have gone completely that way now. Ciaran was like that a couple of years ago but he's gone back to what he's great at now.

"Someone needs to grab a lot of the Dublin guys by the scruff of the neck," continued Brennan "to say 'we don't want you soloing the ball across our 45 and playing a kick-pass to the left corner back, as Scully did in the first half - that's soccer kind of stuff. When you're doing that in your own 21 metre line, that's woeful. It takes the momentum out of the attack completely."

If anything encapsulated this safe, risk-averse tendency it was Niall Scully's second half pass from the corner forward position back towards midfield. Aaron Kernan says that Niall Scully isn't doing his talents justice with this careful game he's playing.

"If you're an inter-county footballer, there comes a stage where you have to man-up, go one-on-one and win your own ball. There has to be a certain amount of risk. If you want to cut loose, if you want to finish teams off and get goals, there's times when you have to let the ball on...If Niall Scully was good at that as an under-age player, taking players on, being direct, well then that's his strength and play to it.

"Because honestly, anybody who plays Gaelic football could do what he was doing the other day," said the Armagh man. 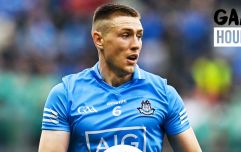 END_OF_DOCUMENT_TOKEN_TO_BE_REPLACED

"It's not hard to run around in open space, going sideways, backways. Literally, anybody can do that, not a Dublin footballer - that's not what it should be about for him. Maybe they have just lost their way..."

Considering the great team that they've been, Parkinson feels that, vezed by this loss, Dublin will embrace the challenge to go back to what made them great.

"This style of football is not helping Dublin. It's playing into opposition's hands. While it's very hard to criticise Dublin for not changing winning football - they've won six-in-a-row - the great thing about this defeat is that they'll realise now that they've gradually gotten worse at it. Now they can change, now they've beaten and they can go back and kick football."


popular
Man United aren't good enough to accommodate Ronaldo's refusal to work
Player manager takes over Naas just days before county senior semi-final
Andy Farrell's Ireland squad for November internationals to feature some exciting talents
"I won't let that happen!" - Peter O'Mahony riled up by Connacht star
The FootballJOE Pub Quiz: Week 10
'I was sitting here this week and people were wondering if I was going to retire'
Luiz Felipe in tears after bizarre red card after full-time whistle
You may also like
1 month ago
The scenes in Croke Park will have young girls saying 'why not me?'
2 months ago
The show of respect between Lee Keegan and John Small is what Dublin-Mayo is all about
2 months ago
"It was a bad call by me" - McStay rows back on his commentary of McLaughlin hit
2 months ago
Diarmuid O'Connor made Mayo believe with a moment that will go down in GAA history
2 months ago
Aidan O'Shea gets into it with Philly McMahon as Mayo stun Dubs
2 months ago
Eoghan McLaughlin stretchered off after collision with John Small
Next Page