Pat Spillane tore his cruciate ligament when he was 26 and, having travelled over to Cambridge for surgery, his road to recovery began with a makeshift rehab routine that, let's just say, hasn't survived the test of time.

The year was 1981, surgery was less common, cruciates were unheard of and a banjaxed knee, well it wrapped up many a sporting career. As a footballer, Pat Spillane was told the jig was up but with the fire still burning, with his grá for the game still alive, the Templenoe man did everything within his power to defy the odds.

"I got the operation done by Dandy in Cambridge, paid for a lot of it myself," recalls Spillane, as in a brilliant episode of Living with Lucy, he gave his host and the audience a tour of south west Kerry and Templenoe.

END_OF_DOCUMENT_TOKEN_TO_BE_REPLACED

That he did. Spillane made it back to win three more All-Ireland medals, two All-Stars and two footballers of the year but only after slogging it out to outrageous levels on the local pitch.

"So I would run around this pitch during my comeback, 30 or 40 laps," Spillane says, as he surveys the scenic surrounds of the pitch in Templenoe.

"Except with one difference, I'd have 10lb weights tied around my ankles."

"Looking back on it, it was lunacy. I destroyed my knees but at the time, it was worth it. I came back after two years and I was lucky enough to come back to full fitness." 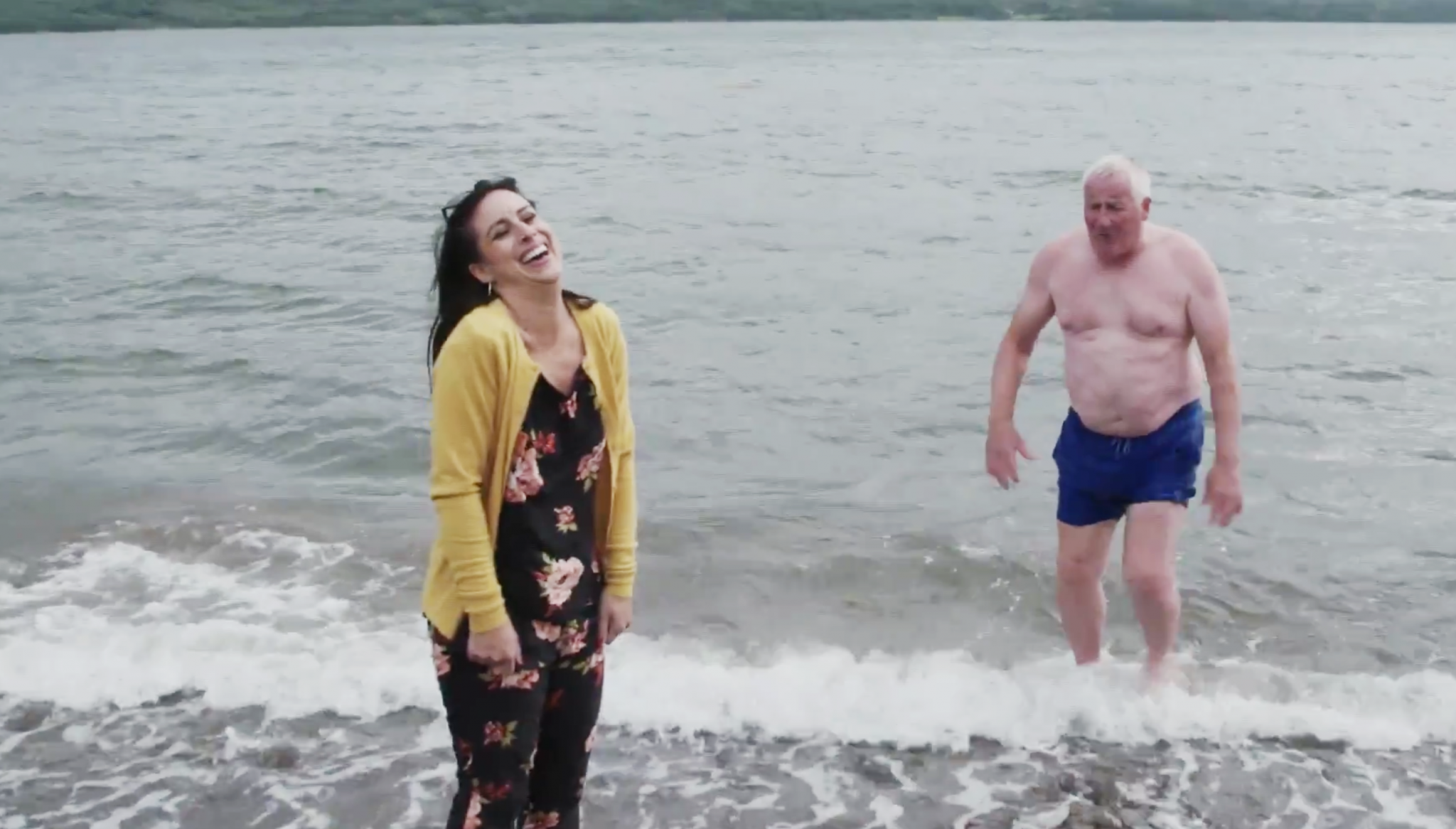 Famed for his dedication and work-ethic, it wasn't be accident that this man became one of the most successful footballers ever.

"I wasn't a skilful footballer but I worked hard at my game. There were two things that I did. Kicking, kicking, kicking and every kick that I took here, it was an All-Ireland final between Kerry and Dublin.

"And I tried to make myself as fit as any person that ever played Gaelic football."

There were sea-swims, a putting competition, a boat-trip out to the atlantic and through it all, there were some endearing glimpses into the modest life of a man who doesn't take himself too seriously.

“I remember criticising the Kerry management and team selection.

“The following Sunday the parish priest in West Kerry stood up on the pulpit and basically denounced me, that I was a traitor as a Kerry man.

“It’s lost me lots of friends," he says of his work as a columnist/ pundit.

"It’s created lots of enemies for me for being honest – even my nephews. I don’t go to functions where there are players or managers, I feel getting close to them is not good.”

“We’re analysing a game of sport on a field, at the end of the day, it’s not a wartime situation."


popular
Gearoid Hegarty's harsh red card leads to a heated debate in The Sunday Game studio
French media rave about Caelan Doris and 'Playstation rugby' from Leinster
Liverpool and Chelsea fans go viral after bizarre FA Cup final confrontation
Tailteann Cup draw doesn't pass without controversy as repeat-pairings and regional draws come under scrutiny
Chelsea team-mates 'shocked' as Andreas Christensen reportedly refused to play in FA Cup final
Austin Gleeson sent off as Seamus Harnedy stands up again with an absolute stormer
Waterford's championship fate no longer in their own hands after explosive Sunday
You may also like
1 month ago
"The Aussies were brutal, they'd call you all sorts of names" - Hanley on sledging in the GAA
1 month ago
After all the mouthing, O'Hora admits defeat and pays his respects to outrageous Clifford
1 month ago
Allianz League final media event cancelled because of GPA protest
1 month ago
The natural exuberance of schools footballers puts inter-county in the shade
1 month ago
"There's four of them looking at it" - Pat Spillane calls a spade a spade about Fermanagh's awful injustice
2 months ago
"Christ above let the boys have a few pints and let them enjoy it like it was when we started" - Club GAA OTT for Hanley
Next Page