The Harps thought they were playing in Old Trafford.

Parnell Park of a balmy Thursday evening and the Dublin Senior Football Championship is heating up. It's only in its round-robin stages but there's a real knock-out feel to things in Donnycarney.

Both teams have lost their first round games and this is what it all comes down to. It's win or bust for Skerries Harps, it's do or die for Clontarf.

Where else would you rather be? 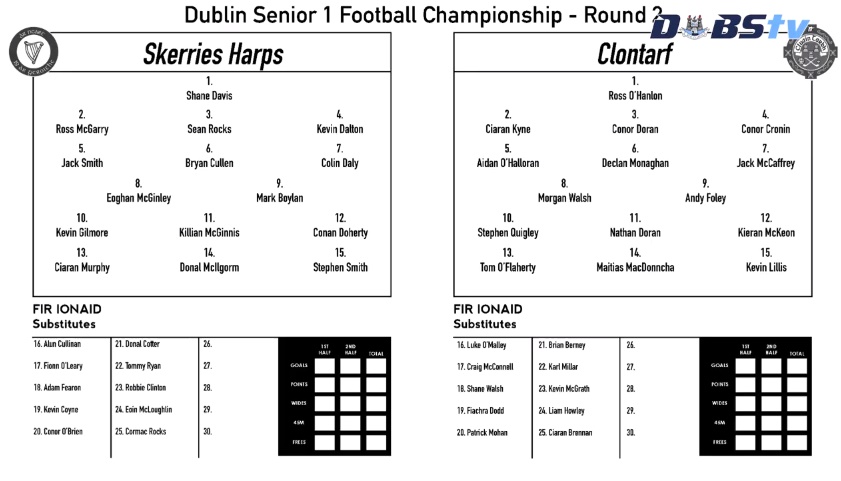 The Harps certainly wouldn't have fancied a four point deficit with 38 minutes on the clock but thankfully for them, talisman Stephen Smith didn't seem too bothered by it all.

Because when they really needed something huge with the stakes at their highest, that's when Smith downed the shackles and upped the ante. A long looping ball deceived the Clontarf rearguard and the jinky corner forward was away in a hack.

A la Andres Iniesta, he dribbled along the by-line before lifting his head to look for the clever pass. Big full forward Donal McIlgorm was gaping, on the edge of the square and he was mad for it.

Smith, the little gem stuck it to his toe and the big man put it away like Drogba in his pomp.

Total football from the blues.

END_OF_DOCUMENT_TOKEN_TO_BE_REPLACED

The momentum was with Skerries from then on with the impressive pair Ciaran Murphy and Killian McGinnis pulling the strings. Andy Foley kept Clontarf in it but Jack Smith's solo effort was worthy of winning any contest.

It was a brilliant comeback from the Harps who looked devoid of ideas in the first half. With Kevin Lillis and Kieran McKeown running all over them, they looked in bother going into the interval down by five points, and if it wasn't for Conan Doherty's bravely taken goal, they would have been a beaten docket.

But they finished this contest strongly and they'll bound on - whether it be to Old Trafford or back to Parnell Park - with confidence now.


popular
James Haskell on text exchange with Peter O'Mahony after Ireland's victory over Scotland
Can you name every English football club that begins with 'W'?
The SportsJOE 12 o'clock quiz | Day 105
"The academy boys have turned into small monsters over the past few weeks" - Peter O'Mahony
"He just walked out the door without saying goodbye or anything. It was just so Axel. It was so perfect."
The SportsJOE 12 o'clock quiz | Day 103
"Shane was just gifted. He could play centre back, centre forward, he had everything"
You may also like
1 month ago
Seven-time All-Star Goldrick using time off to strengthen and improve
2 months ago
No fear of McCarthy losing a lifetime of fitness
3 months ago
"Sometimes sport can overwhelm you, it was time for him to take a deep breath"
3 months ago
Dublin hurler Mick Carton back on the mend after winning another battle
3 months ago
"I'd spent hours and hours honing my left foot with my dad when we were young"
3 months ago
April club month a goner as virus threat causes longer delays
Next Page