Well to begin with, you'll need time. Being good with names will do no harm either. And a good attention span is a must. How are you fixed now?

Babs, Bond and Cooney are some of the main ones. Chalk 'em down, you'll hear more of them soon. No, this isn't a 007 rip-off, Irish countryside edition, this is the All-Ireland senior hurling championship. No normal renewal.

The All-Ireland senior hurling championship on steroids, with so many fall-outs, fall-guys and hard luck stories, that it could easily be confused with Albert Square on Christmas day.

Let's head to Offaly, spring time. 1997 had been a cruel one for the Faithful, All-Ireland champs Wexford only narrowly ending their season in Leinster. The new year brought with it the new arrival, 'Babs' Keating, the second coming from Tipperary, who's made headlines before - both on the field and off it.

A match made in heaven? Or hell. Things started well actually, Offaly hammering Meath and then beating Wexford courtesy of a Johnny Dooley special, a late goal made in Clareen.

In the Leinster final, Kilkenny turned it on and Offaly were beaten, if not shambolic. To reporters after, Babs lost the plot. 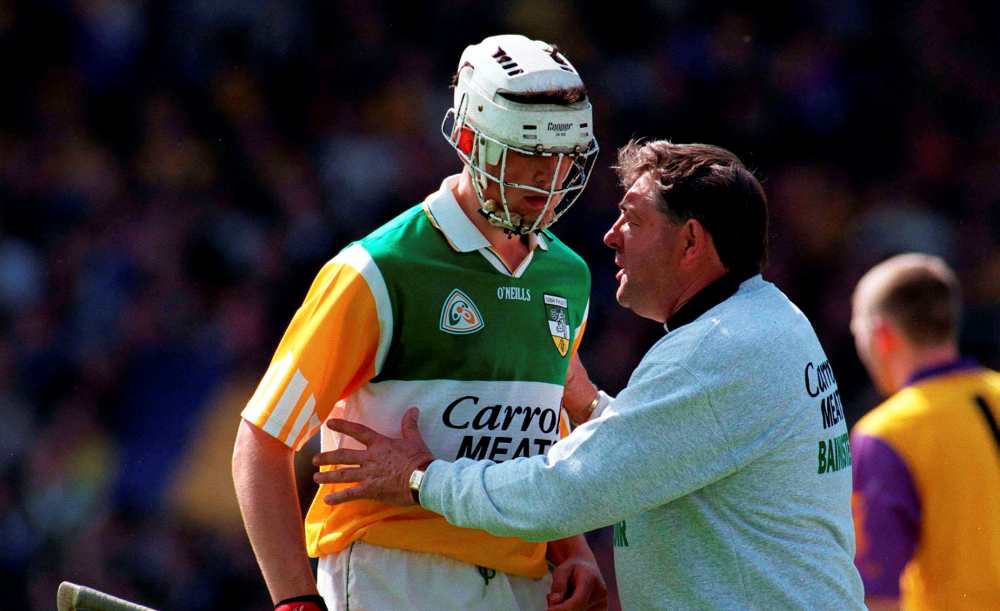 The Offaly team were like 'sheep running around in a heap,' said Babs.

"The players just sail along. There's not a lot of disappointment in that dressing-room," he continued...

And that was the end of Babs.

The following Tuesday in the Offaly dressing room and Joe Dooley was getting ready for training. There was enough uncertainty in the air already, long before this out-of-place looking gentleman dropped his bag down and started togging out.

"And he said 'I'm your new manager,' he says like that. I'm Michael Bond from Loughrea!" 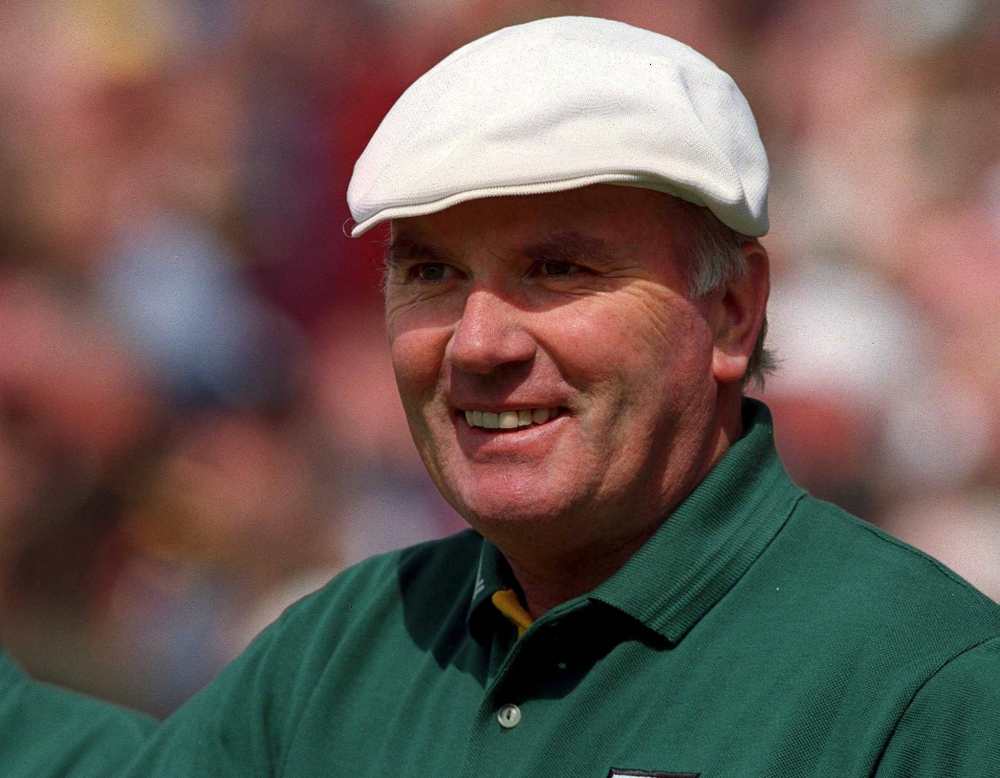 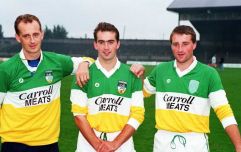 END_OF_DOCUMENT_TOKEN_TO_BE_REPLACED

Bond was different to Babs.

"None of us would have known him, but he was so positive. His people management was amazing. He was a school principal who'd been dealing with people all his life and I suppose that's where he got it from, but he gave us confidence again, he gave us a licence to do what we thought was the right thing, and told us not to wait for him," said Dooley.

"We had a lot of very skilful players, but a lot of thick and determined sort of players too. We were seen as a team who enjoyed the off season and while we did, we did a bit more in the on-season too. A couple of fellas liked a pint, but they loved hurling and loved giving their best for Offaly and Michael Bond bought into us, he got the best out of us."

In the back-door Offaly steadied the ship. The big punch was coming.

Clare were the kingpins but Munster was a slog. The first day against Waterford took it out of them and the second even more so. After a replay, they were Munster champions but there were miles in the legs, many more than Ger Loughnane would have wanted. The last thing he needed was another day out.

In the midst of it all, their inspirational midfielder Colin Lynch received a three month ban for a clash during the Waterford game. 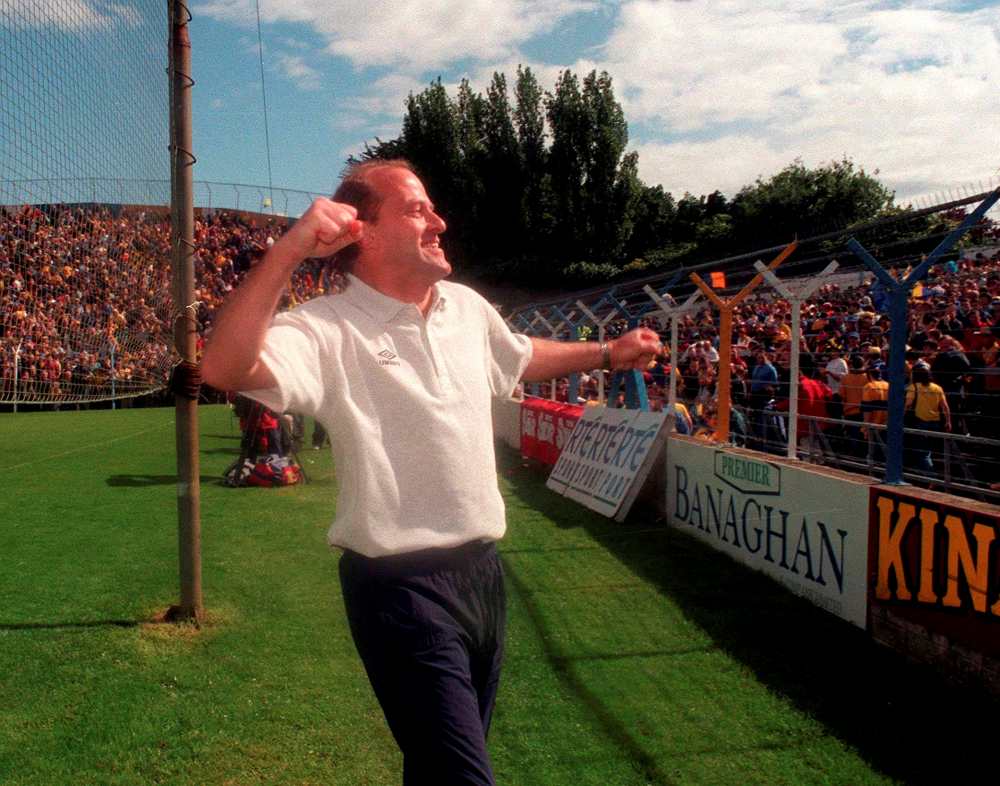 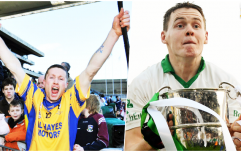 1-32 table of the most competitive hurling championships in Ireland

END_OF_DOCUMENT_TOKEN_TO_BE_REPLACED

As it turned out, Clare's summer was only getting going. First day out, nothing separated Offaly and Clare. The semi-final replay goes down in history, for all the wrong reasons.

Unlike '95 when Clare bolted from the blue to shock Offaly, the Banner were favourites this time around. Justifying it too, with an eight point lead at half-time. A ten point lead with 22 minutes to play. Bond shuffled his deck and Offaly motored. With just three minutes left, the gap was three and the final few in prospect were about as exciting as you could imagine.

But to imaginations the closing stages were left, as referee Jimmy Cooney blew it three minutes early prompting the bizarre scene of a sit-down protest led by the Offaly fans. 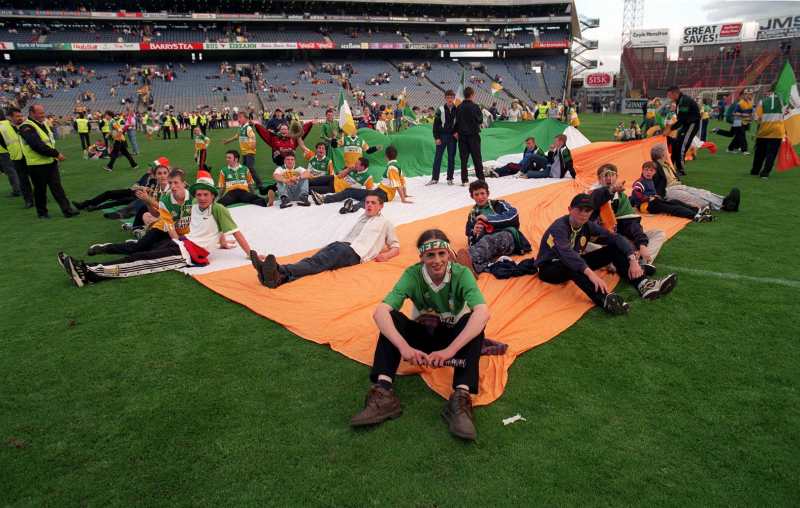 Jimmy Cooney would never referee an inter-county game of hurling again. Offaly got their replay and the third day was a step too far for an exhausted and Lynch-less Clare.

And then the sheep in a heap came back to beat none other than Kilkenny in the final.

"We came through the back-door," bellowed the victorious captain Hubert Rigney from the steps of the Hogan Stand, "but we're going out the front."

🎧 The Football Spin: Manchester United feel the pressure as City are back in the game


popular
How many of the 49 Premier League clubs can you name?
The SportsJOE 12 o'clock quiz | Day 115
SportsJOE 2000s Football Quiz | Round 10
QUIZ: See if you can identify these retro football kit sponsors
Connacht confirmed for next season's expanded Champions Cup
Jack Charlton's role in getting Roy Keane to Manchester United has been revealed
QUIZ: Can you name the first professional teams of these footballers?
You may also like
7 months ago
From a hurling stronghold to Irish cross country champion - Liam Brady's remarkable journey
8 months ago
"There are 14 other lads to do that. Just get me the ball and I'll win the game for you"
9 months ago
GAA JOE club team of the weekend
11 months ago
Shane Lowry bounds home with lowest ever opening round at a major
1 year ago
Giddy hope for Offaly's hurling future as Cathal Kiely leathers 0-20 against Dublin
4 weeks ago
"He was a nightmare to play against...you were just a sitting duck"
Next Page