The reaction to Seán Cavanagh’s ‘United Kingdom’ comment shows just how difficult conversations around nationality are within the GAA; and how conversations around a United Ireland still largely comprise of people roaring at the top of their lungs and jamming their fingers in their ears.

A United Ireland, which so many of Cavanagh’s detractors so clearly desire, will require rational conversation, listening to opposite opinions, and most importantly; compromise. That feels very far away after the reaction to Sunday’s comments. Because what Seán Cavanagh believes, said, or meant when he referred to Northern Ireland as being part of the UK doesn’t actually matter. What matters is the reaction.

Social media is a Wild West of discourse at the best of times. When the majority of us havenothing else better to be doing, and there’s a severe lack of actual news filtering through in the sporting world, it’s even more lawless.

Seán Cavanagh became the focus point of that at the weekend, when his comments on the Sunday Game about the differing approaches to the Covid-19 crisis in England and Dublin are muddying the waters for people in Northern Ireland.

“Certainly, up here in the UK, it’s a bit bizarre as well because we all probably are watching Leo (Varadkar) and watching the GAA’s announcements and see ourselves as part of that, but equally in terms of the day to day living, we’re waiting on an announcement from Boris (Johnson).”

It’s those few words that caused the outrage online on Sunday night into Monday morning. “Up here in the UK”. Like so many times recently, people’s reactions to comments relating to Northern Ireland and its role and future in the United Kingdom was akin to touching a boiling hot kettle; immediately scalded, knee-jerk reactionary and blind to anything other than angry blame.

Because while what was written on social media was bad enough, it was the unsaid implication behind those words that is perhaps even nastier. I don’t know Seán Cavanagh’s political leanings or whether he feels more Irish than British or vice-versa. It actually doesn’t matter. The reaction to his comments seemed to say one simple thing: Unionists don’t play GAA.

The GAA’s nationalistic roots cannot be denied. It was only in 2001 that members of British security forces, the Army and the RIC, then RUC and PSNI, were allowed to play Gaelic Games. At a special congress in November 2001, a 104 year-old rule was removed. In 2007, then GAA President Nicky Brennan, while encouraging Protestant people to play GAA, said that

“Maybe the Protestant community in general should consider forming teams of their own and not feel they have to go to the existing GAA club that is probably all made up of Catholics." 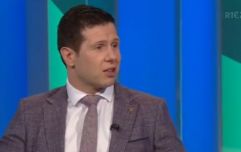 END_OF_DOCUMENT_TOKEN_TO_BE_REPLACED

Peadar Heffron, a lifelong GAA member, joined the newly-formed PSNI in 2002. He was ostracised from his local GAA club, threatened by local republican activists but persevered and represented the PSNI GAA team. He nearly lost his life in January 2010 when a carbomb detonated and bound him to a wheelchair. A PSNI Constable Ronan Kerr did lose his life in April 2011, a car bomb claimed by ex-members of the provisional IRA; he too was a lifelong GAA member and playing for the PSNI. It was reported last year that the PSNI GAA team was set to fold within 12 months, with declining numbers of Catholic members joining the force since 50/50 recruitment ended in 2011. In 2010,

The basic aim of the GAA, as is reported in their National Guide every year, is “The Association is a National Organisation which has as its basic aim the strengthening of the National Identity in a 32 County Ireland through the preservation and promotion of Gaelic Games and pastimes.” The organisation even threatened to split in two in 1887, just three years after its formation, along political lines. Some in the organisation favoured the Irish Parliamentary Party and Home Rule, while others supported the IRB and physical resistance to British rule. It is historically a Catholic, nationalist organisation, which makes it very difficult for anyone other than that to raise their head and speak out.

Brexit sharpened the focus on Northern Ireland’s future relationship with Great Britain in recent years. The current global pandemic is doing something similar. In last year’s UK General Election, more Nationalist MPs were returned than Unionists for the first time in Northern Ireland’s history. There are suggestions that there could be a Catholic majority in Northern Ireland as early as 2021.

This, coupled with Sinn Féin’s historic General Election results in the Republic of Ireland in February of this year, make the potential of a first-ever border poll possible in the coming years. It’s allowed for under the Good Friday Agreement. But, so too is the right of all Northern Irish people to “identify themselves and be accepted as Irish or British, or both, as they may so choose.”

If you balked at Cavanagh’s comments on Sunday, and hope for a United Ireland in your lifetime, are you willing to accept the inevitable compromise that comes with it? Would you tolerate the tricolour being banished to the history books, or the potential for the Union Jack to become part of your national flag? Will you accept that ‘Amhrán na bhFiann’ won’t be played before national sporting occasions, or that it could be played alongside ‘God Save the Queen’? Can you come to the terms with the fact that there are people who live on this island who just don’t consider themselves to be Irish?

Seán Cavanagh showed what might happen if and when GAA members who favour Northern Ireland remaining in the UK dare speak out in the future. A national conversation around a United Ireland is coming, and the GAA will play a role in that discussion. As it stands, there will be no conversation. Important voices will be drowned out. This needs to change.