Sean Cavanagh represented Tyrone with distinction. He won three All-Irelands, five All-Stars and a Footballer of the Year award. Nobody is more entitled to an opinion on Tyrone football than him.

Cavanagh retired from the inter-county game last year following a wash-out defeat against Dublin and immediately took up residency in the punditry world, appearing on The Sunday Game several times throughout the 2018 season.

The Tyrone legend ultimately came in for some criticism after comments he had made in the media about Mickey Harte's managerial style. 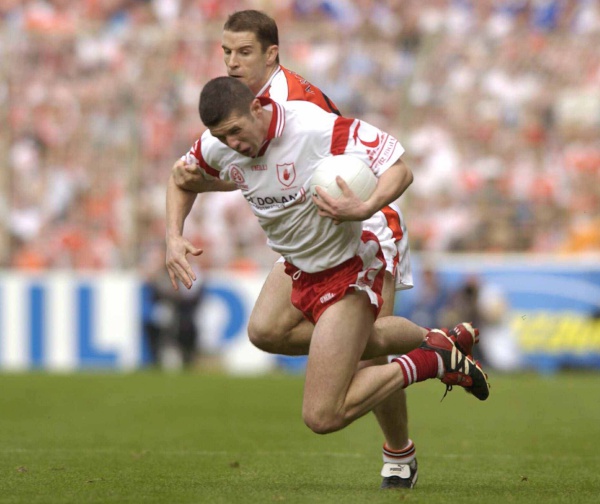 Speaking at an Electric Ireland event before Tyrone's Ulster championship clash with Monaghan back in May, Cavanagh claimed that some potential 'marquee' forwards fell by the way-side because of Harte's system.

"The way Tyrone has played this past three or four years, we haven't played with any structure in the forward unit," Cavanagh remarked.

"Ronan O’Neill, Darren McCurry, Kyle Coney, who came through way back in 2009, 2010, Niall McKenna, there’s been a flood of guys who probably have suffered because we haven’t played with six attackers.

"Some of those guys I would have called marquee, and thought they would be marquee, but because they never had that room to breathe, and because some of them couldn’t cope with having to spend more time on the bench, because we were going towards a certain type of player, they struggled." Cavanagh remarked. 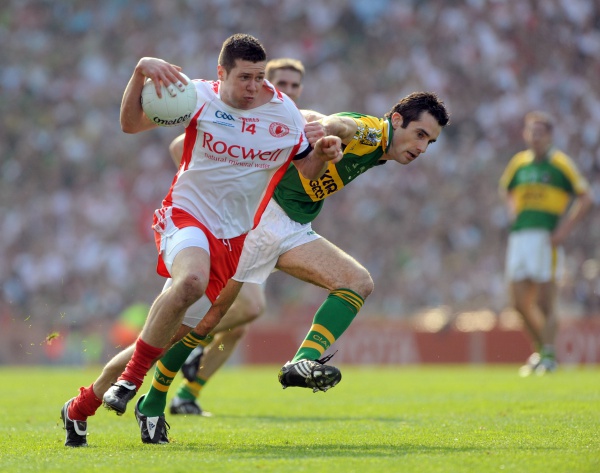 Cavanagh felt that when things weren't going well, Harte often stuck with a hard working grafter, when maybe he should have looked for a more creative type of player.

"When things aren’t going well, there’s a temptation for Mickey to go for a different style of player, a style of player that works hard and labours around the midfield and that can run the ball quick through the hands." He said.

Cavanagh's comments prompted a response from former team mate and current Tyrone assistant Gavin "Horse" Devlin, who claimed that Cavanagh should've aired his grievances whilst captain of the team and not from the pundit's chair.

"I wouldn’t sit and keep my mouth shut. I've had a number of conversations with Sean and he never mentioned anything about styles of play or what we should and shouldn’t do.

"If he thought something wasn’t right, as captain, why didn’t he come and have a conversation with us rather than saying it in an RTÉ studio?." Devlin told The Irish News 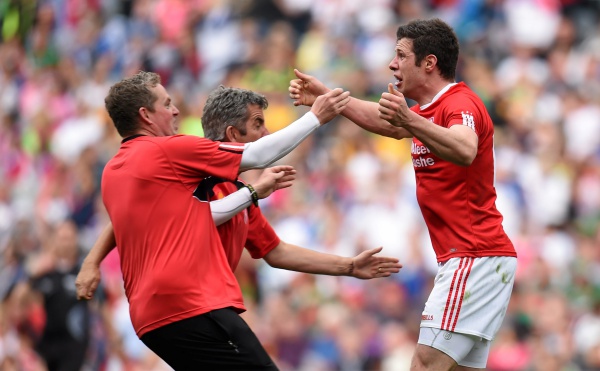 Devlin also insinuated that Cavanagh was not a 'great captain' in the mould of Brian Dooher or Peter Canavan and suggested that to be the reason why Tyrone had not won an All-Ireland since 2008.

"The captains we've had in the past, I've no doubt would have come to Mickey and had their say. We've been very, very close in recent years and we didn’t get over the line to win an All-Ireland.

"Maybe that's what was missing, that calibre of captaincy."

Cavanagh was at 2018 Electric Ireland GAA Minor Star Awards and addressed Devlin's claims that he was a poor captain. The Moy man felt it was a 'cheap shot' from his former teammate.

"Gavin came out and said what he did, I thought it was a bit of a cheap shot if i’m honest, but ultimately I know or I would hope if you ask any of players I played along with the time I captained that team I think we'd a great relationship.

"I found we were getting the best out of that group that we had at that point in time. I enjoyed captaining that team, I was prouder than anyone to lead out Tyrone." 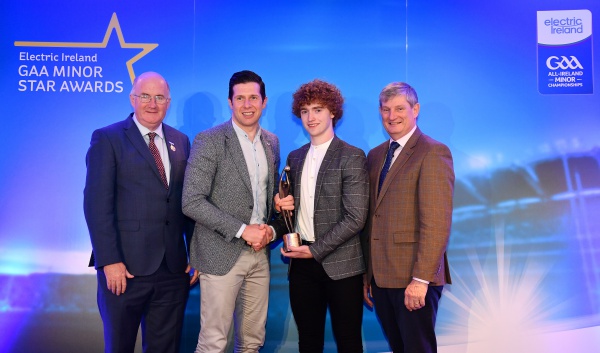 Despite the criticism, the Moy man still believes what he said was true but understood why some may have taken offence.

"I would still stand over them I thought they were warranted. People maybe seemed to take offence at the timing off them which I can understand.

"I am maybe a bit too honest for my own good at times I just say what I feel, and and that point in time that's what my feelings were. I still say that.

The five time All-Star accepted that he is now part of the media game and is expected to air his opinion. However, he's aware that doing so can leave himself open for criticism. 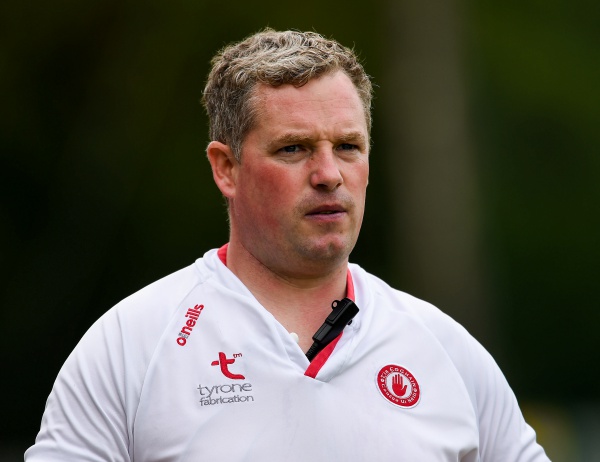 Cavanagh points out that some pundits actively look to offend others and cause a 'media storm'.

"No matter what you say you're going to have someone who's going to take a pop at you and you just have to be thick skinned.

"That's part of the game, you just have to accept you’re going to come in for criticism and if you look at any of the others guys in the media, some of them actually engage in a media storm here and there. It’s just part and parcel of it." Cavanagh said.

When Cavanagh talks about pundits looking to start a 'media storm' it is hard not to think of one Joe Brolly, whose comments about Cavanagh's qualities as a man in 2014 caused shock waves around Ireland.

Cavanagh revealed he wasn't happy with the Derry man's comments back then, but now understands the game he is in and that Brolly enjoys the limelight of it all.

"I wasn't delighted with some of the things he said about me in the past obviously, but you almost get an understanding that he's entitled to his opinion.

"I would like to think that I'm not going to be as personal as sometimes Joe gets. He does maybe throw up a few personal things and has done, that's his style it's what he does.

"Joe enjoys the limelight and a bit of craic, you have to admire that. I certainly won't hold any grudges." Cavanagh said.

Sean Cavanagh was speaking at the 2018 Electric Ireland GAA Minor Star Awards where he was one of the judges alongside Michael Fennelly and Ollie Canning.


popular
Shane Lowry on his Tuesday duels with Rory McIlroy at The Bear's Club
Gary Neville confirms he will work for Qatar's beIN Sports during World Cup
Predicting the 31 biggest knock-out championship games around Ireland this weekend
Ex-Anthony Joshua opponent hopes Chris Eubank Jr gets brain damage
Richard Dunne slams Man United for pandering to Ronaldo during games
QUIZ: Name the 2018 World Cup Goalscorers
Sean O'Brien to join Naas RFC so he can play All-Ireland League rugby
You may also like
3 months ago
Tyrone GAA in mourning following death of senior hurling star Damian Casey
3 months ago
"Even somebody as stupid as I am would get the hint" - Colm O'Rourke rules himself out of Meath job in classic O'Rourke fashion
4 months ago
"Discipline was not where it was last year" - McKernan says Tyrone must improve discipline against Armagh
4 months ago
Tyrone's animal of an U20 midfielder runs out over the Kerry boys in Portlaoise bull-run
6 months ago
Padraig Hampsey sent off for shouldering Cormac Costello onto the tarmac in Omagh
7 months ago
"What about the 10 or 12 who can't? What's left for them?" - Errigal Ciarán call for return to under-18 and traditional age groups
Next Page