The morning of the official All-Star announcement is generally cause for journalists to buckle up and go dark.

They're hit with stats, reminded about a roasting someone took or, if they're on Twitter, told they've never kicked a ball in their lives so what the hell would they know anyway.

Yep, it's a nasty old business, picking an All-Star team and you should only really do it if you've a penchant for arguments. Or if you just think you're right and the best person to do it.

On Friday morning though, things were a lot calmer than normal.

There were few counter arguments, there weren't many poster boys for the screwed over and there were no gobshites on the selection committee who should stick to the soccer.

It was a good All-Star team - almost the best they could've picked for 2018 and, for the most part, the masses had a look at it, shrugged their shoulders and went on with their days. That, believe it or not, is the mark of what has been the most successful selection in recent history.

Paul Mannion was selected at wing forward - like Dean Rock was last year - when he played all his best football inside but three of his defining moments this season were directly thwarting Tyrone goals and running back out from his own box with the ball. And, listen, it's not like he was stuck inside the 21' all year either, he was doing damage everywhere.

END_OF_DOCUMENT_TOKEN_TO_BE_REPLACED

But him being out there is part of a butterfly effect that has screwed over the most deserving of all the non-winners.

Because Mannion isn't at full forward, Howard isn't at half forward and, thus, he's moved to midfield. That moves someone else.

Colm Cavanagh at full back was perhaps the only bone of contention this year. The Tyrone midfielder won his All-Star at number three despite wearing eight all year and lining out in the middle for kickouts and despite never marking a full forward. For traditionalists, it doesn't look right to see him accommodated this way even though he spent most of his time in the full back line and even though he was absolutely brilliant in there.

But by not selecting him in the middle, where he actually played - he just played it differently to what the 1998 midfielder used to do - a full back has missed out. A damn good one. 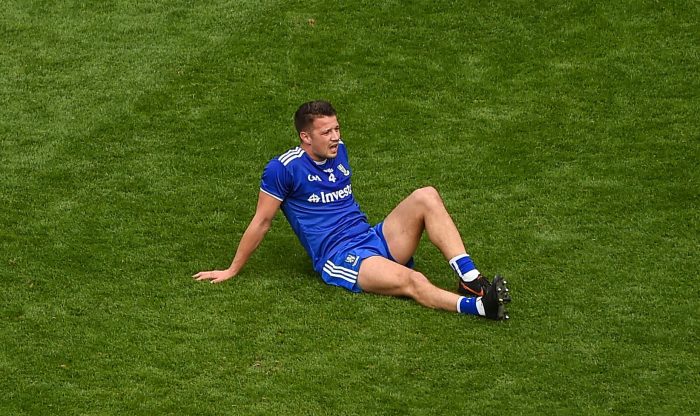 Throughout Monaghan's fall and rise in the 2018 championship - a rise to as high as they've been in 30 years - Ryan Wylie was the immovable rock in all the madness.

The best attackers in Ireland came into his layer and they were all thwarted.

END_OF_DOCUMENT_TOKEN_TO_BE_REPLACED

From Mark Bradley to Ian Burke to James O'Donoghue to Lee Brennan, Wylie had a handle on the best of them at the nerviest of times. He was bullish like all the Wylies, he was turning over ball he had no right to even go for and barging out past the first tackle to set Monaghan on their way again.

That arm of his batting a ball loose is the stuff of nightmares now for many forwards who always seem afraid to turn and face him when they know Ryan Wylie is up their arses.

And the stats back it up as Cahair O'Kane from the Irish News shows.

He should’ve won an Allstar #GAA

Wylie missed out on his All-Star because Colm Cavanagh was thrown to full back, Howard to midfield and Mannion to half forward and, because of all of that, a Galway man in Ian Burke took the Tribesmen's only slot at corner forward.

Eoghan Ban Gallagher might've fancied a look in too, mind you. 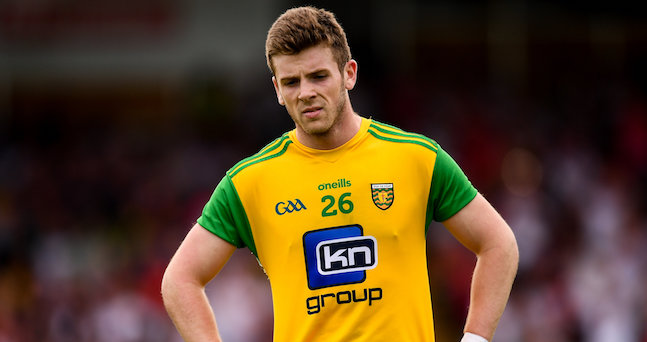 You may also like
1 year ago
You'd love to have Niall Kearns on your team
1 year ago
Magheracloone: Back from the brink
1 year ago
How Monaghan club recovered from losing it all in a tale of determination and unity
1 year ago
Ciaran Thompson's joke of a left peg shows Naomh Conaill can do it every way
1 year ago
Defenders do everything right yet Conor McManus kicks boomer off balance and off the left
1 year ago
Penalties the name of the game but surely there's a better way
Next Page