We've got two men named Joe and Pat on the phone for you, Colm.

Colm O'Rourke struck a blow for counties and clubs everywhere this morning when he came out and admitted that there is logic behind cautious football - and that it isn't affecting the GAA.

Over the last year, the scaremongering surrounding the effect systems like the blanket defence would have on the future of an entire organisation reached a whole new level. 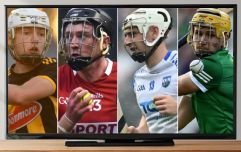 END_OF_DOCUMENT_TOKEN_TO_BE_REPLACED

The death of Gaelic Football was declared, Pat Spillane and Joe Brolly raged all-out-war on conservative teams but their fellow Sunday Game ally, Colm O'Rourke, sat back and analysed.

And he isn't convinced that negative tactics is really hurting the game.

"The product can be truly awful at times yet the number attending games continues to rise," the Meath man wrote in his Sunday Independent column. "Imagine what the numbers would be like if the competitive structure was fair and counties were playing more than one or two games at home in the summer.

"Even at that, as we stagger on to near certainties in many games, the crowds just want more.

"What that reflects is the position of good will that the GAA holds in almost every community. It is a position which should not be abused." 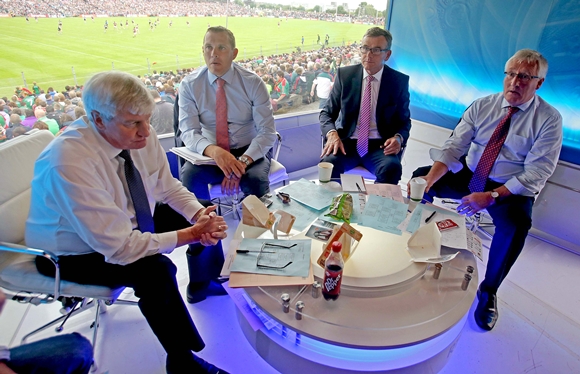 The only risk that O'Rourke sees is when the games are not available to the public. Defensive or not, the nation wants to tune in but they can't tune in all the time. 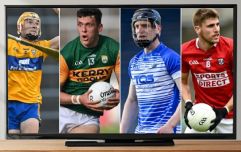 Finals, grudge-matches, revenge - This weekend's GAA TV schedule has it all

END_OF_DOCUMENT_TOKEN_TO_BE_REPLACED

"The Sky deal is one instance where the central authorities got it badly wrong, and the viewing figures reflect that. Nobody is watching on that channel. If Dublin and Kerry met in a quarter final and it was not on free to air TV, then the complaints would start again in earnest."

He took it one further with his backing of modern day Gaelic Football when he saw the numbers that flocked to Ulster championship clashes this year. And when he thought about what players and supporters really want out of sport.

They want to win.

"Somebody should carry out a survey of supporters and ask what they want from the matches they attend," O'Rourke pondered. "Top of the list would probably be that their county is competitive. The games (in Ulster this year) were in general poor but the crowds went way up.

"In Monaghan last week, the general view was that it was a brilliant Ulster final. And it will be exactly the same when clubs win championships over the next few months.

"Who will care about continuous handpassing, backpassing or no kicking then? Success covers all cracks."

Well said, Colm. Just stay away from Joe for a while.


popular
"Johnno went, 'We’re not moving! You're trying to mess us about!'" - Ben Kay recalls red carpet controversy
"Some of the generals wanted me executed" - Irish rugby legend on flag caper that went wrong
Tommy Fury spotted having the time of his life at student night out
Peter Keane's future as Kerry manager in doubt after strange statement
Garry Ringrose challenges "pretty ridiculous" changing conditions for women's players
No Simon Zebo or John Cooney as Ireland gather 50 players for one-day camp
Clinton Morrison shares advice Roy Keane gave him on morning before Saipan showdown
You may also like
2 months ago
"The GAA ought to be ashamed" - Joe Brolly vents his frustration on Twitter
2 months ago
RTE pundits embracing strange new world as England keep winning
1 year ago
"If you are an LGBTI person, that hurts. You feel it."
2 years ago
Sky viewing figures for Super 8s clash fall dismally short of expectations
2 years ago
Women's World Cup coming to free-to-air Irish TV this summer
2 years ago
Rugby takes top billing in most watched Irish sporting events of 2018
Next Page