Sunday in Omagh and a response was expected from Tyrone. Last weekend, they were listless down in Kerry and Mickey Harte's men rarely have two bad games on the trot.

But with Mayo buoyed by a gritty win against Roscommon and with a couple of youngsters emerging in the county, they were hungry, driven and fresh and the Red Hand never got a sniff.

And the exciting part for Mayo is the youngsters. This great team has been on the road for a long time now and what they've been crying out for this long time, is a new batch.

And the conveyor belt is finally getting its act together.

Ballina Stephenites club man Ciaran Treacy impressed on one wing, kicking two gorgeous points from more than 45 metres out. The 22-year-old St Pat's Drumcondra student will stay all day and he has the skills to go with it too.

His two first half points were very well taken and he was a link, from defence to attack all day.

Treacy and McDonagh on the wings for Mayo 🌡️

The star of the show was the man on the other wing though, and that was Westport's Fionn McDonagh who kicked a rasper of a goal to go with three gems points. That lad has pace to burn and he has a golden of a left peg.

But don't for a second think the old guard are letting up. Lee Keegan was as fired up as ever, Paddy Durcan kicked a trademark curler while Keith Higgins' grit and drive was rewarded with this gem of a goal.

By the end of it, the crowd were chanting Mayo, Mayo, Mayo... but it's back to the drawing board for Tyrone.

END_OF_DOCUMENT_TOKEN_TO_BE_REPLACED

From last weekend's ecstasy to this weekend's backward step for Monaghan. And the other way around for Roscommon.

His last inter-county game was a League one for the Kingdom in 2016 but he looks like a real find for the Rossies. 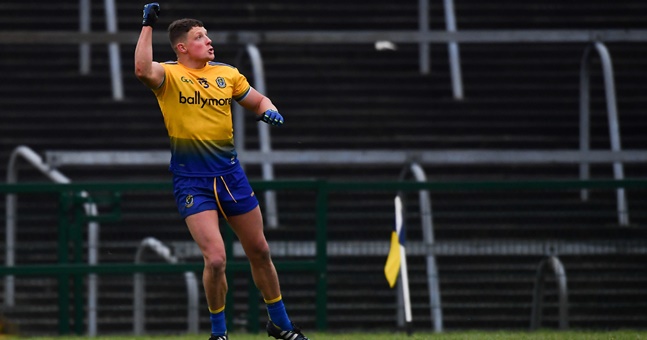 Kerry always have the talent, the skills and the youngsters but this Sunday they did it on a dirty day in Breffni Park and just two weekends into this National League, it's already clear that Peter Keane's message is being heard and is being heeded.

And it's a simple one too.

END_OF_DOCUMENT_TOKEN_TO_BE_REPLACED

Silky, free-flowing attacking football is great but it's not always allowed and there comes a time when you have to get down and dirty.

Tyrone and then Cavan.

Two of the hardest teams to play against in Gaelic football especially in this harsh weather and Kerry have outlasted the two of them over successive weekends. These lads are working hard.

Sean O'Shea was again the main man for the Kingdom, the Kenmare club man kicking 0-12 from centre forward while fellow youngster Dara Moynihan again impressed off the bench. 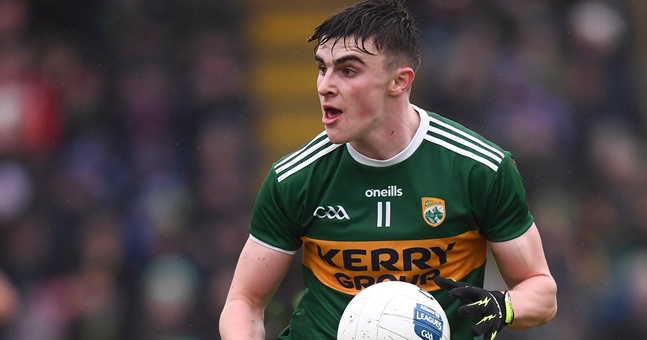 Their defence was solid with Jack Sherwood and Tom O'Sullivan coming in for particular praise.

A disappointing home loss for Cork. Kevin Feely's penalty was the difference.

Jamie Clarke's 13th minute red card for an elbow proved crucial as Clare fought back for a draw.

You may also like
2 months ago
The GAA Hour | Football | Mayo 'standing off', Congress analysis and the Tunnel row
3 months ago
Mayo issue update on crunch Allianz Leagues clash with Kerry
4 months ago
James Durcan stuns Ballybofey with last kick of the game
4 months ago
"Growing up, I would always have been naturally fit"
5 months ago
Mayo confirm cult hero Ciaran McDonald has joined their coaching staff
7 months ago
"I was slow, I was never a David Clifford finisher" - Moran's modesty a genuine thing
Next Page