"We believe we're good enough to make an All-Ireland semi-final."

To those outside of the bubble, Derry have overachieved massively this season so far.

Not only are they Ulster champions, but they defeated the reigning All-Ireland champions, Monaghan and Donegal to get to the quarter-finals.

Now up against a Clare side that they already beat in Division Two, the possibility of a semi-final place is truly in the grasp of the Oakleaf county. 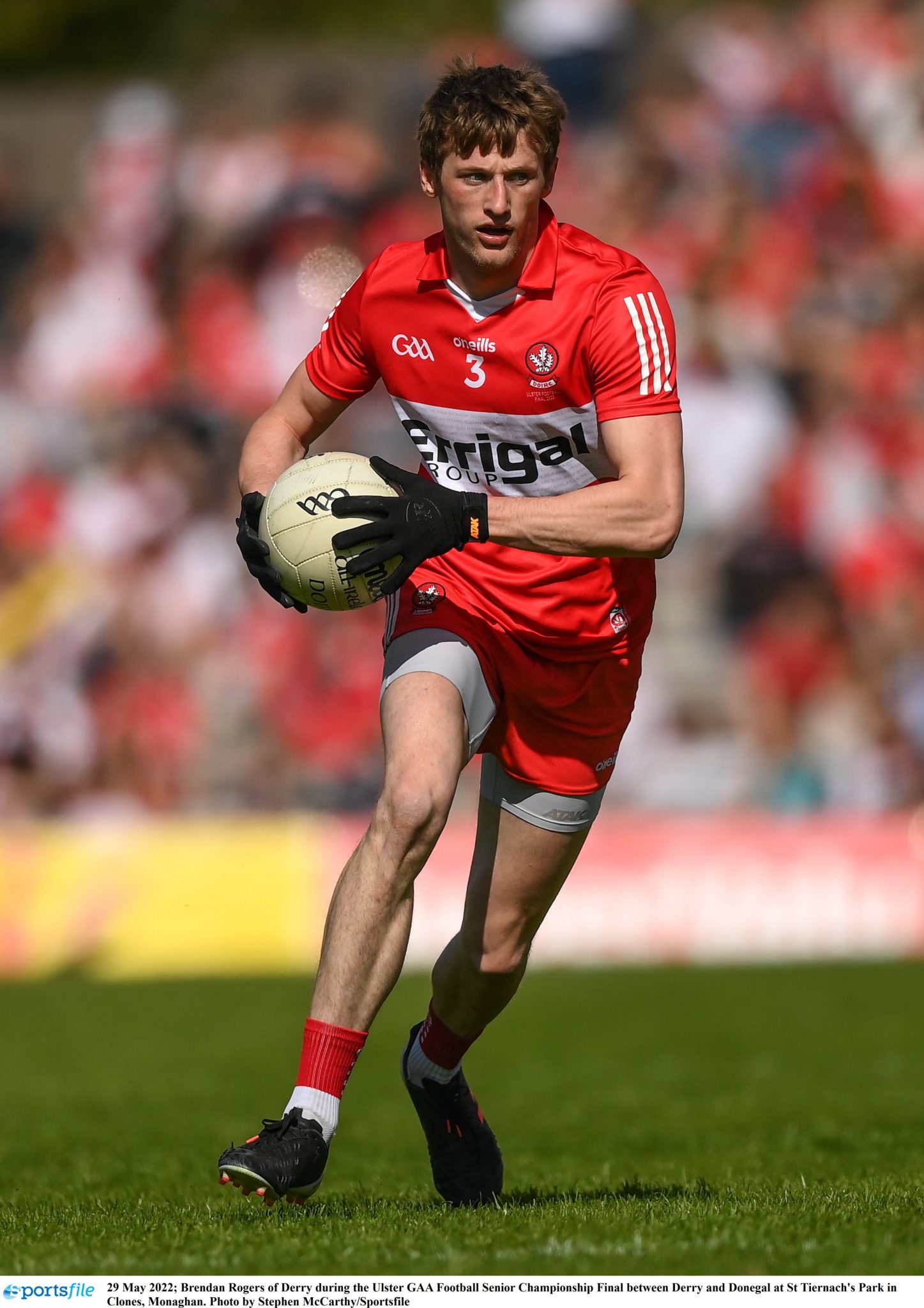 END_OF_DOCUMENT_TOKEN_TO_BE_REPLACED

A huge achievement to be in this situation, but Rory Gallagher isn't one bit surprised, and fully believes that this is exactly where he thinks his should be.

"They have been very unfortunate to have been in Munster, drawing Kerry so often but we know what they about," said the Fermanagh man. We have to play well and if we play well, we'll win," Gallagher told BBC Sport.

"We would like to become one of the top teams in the country. We would like to be favourites going into every match. That's our burning desire, but in order to do that we've to earn the right by showing the desire against Clare. 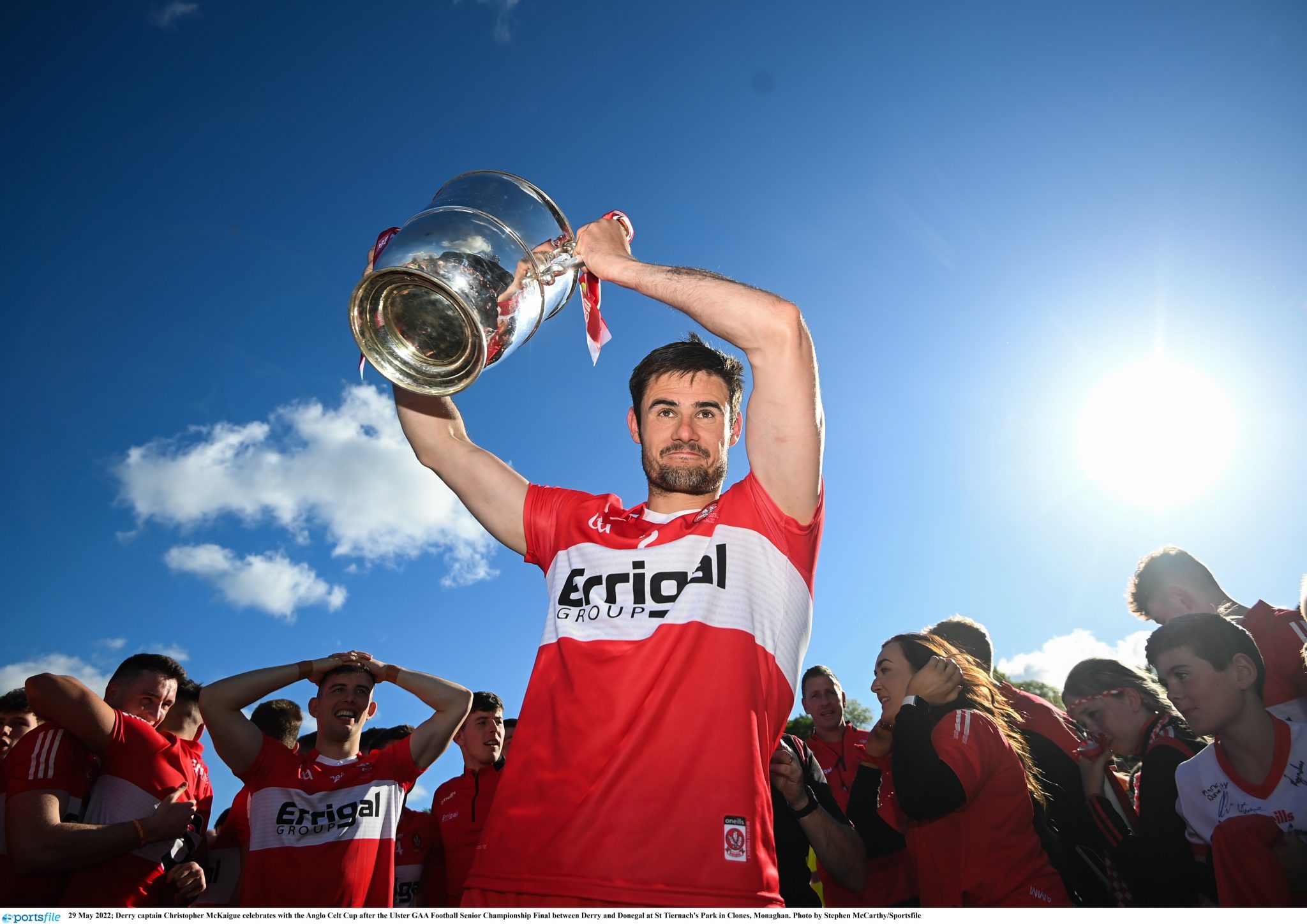 END_OF_DOCUMENT_TOKEN_TO_BE_REPLACED

"We beat three Division One teams and we came out of the hat against a Division Two team.

"After winning Ulster the way we did, I would expect us probably to have been favourites against any of them (their four possible opponents in the draw) but it means nothing.

"The same way that when Tyrone, Monaghan and Donegal were favourites against us, it meant nothing. 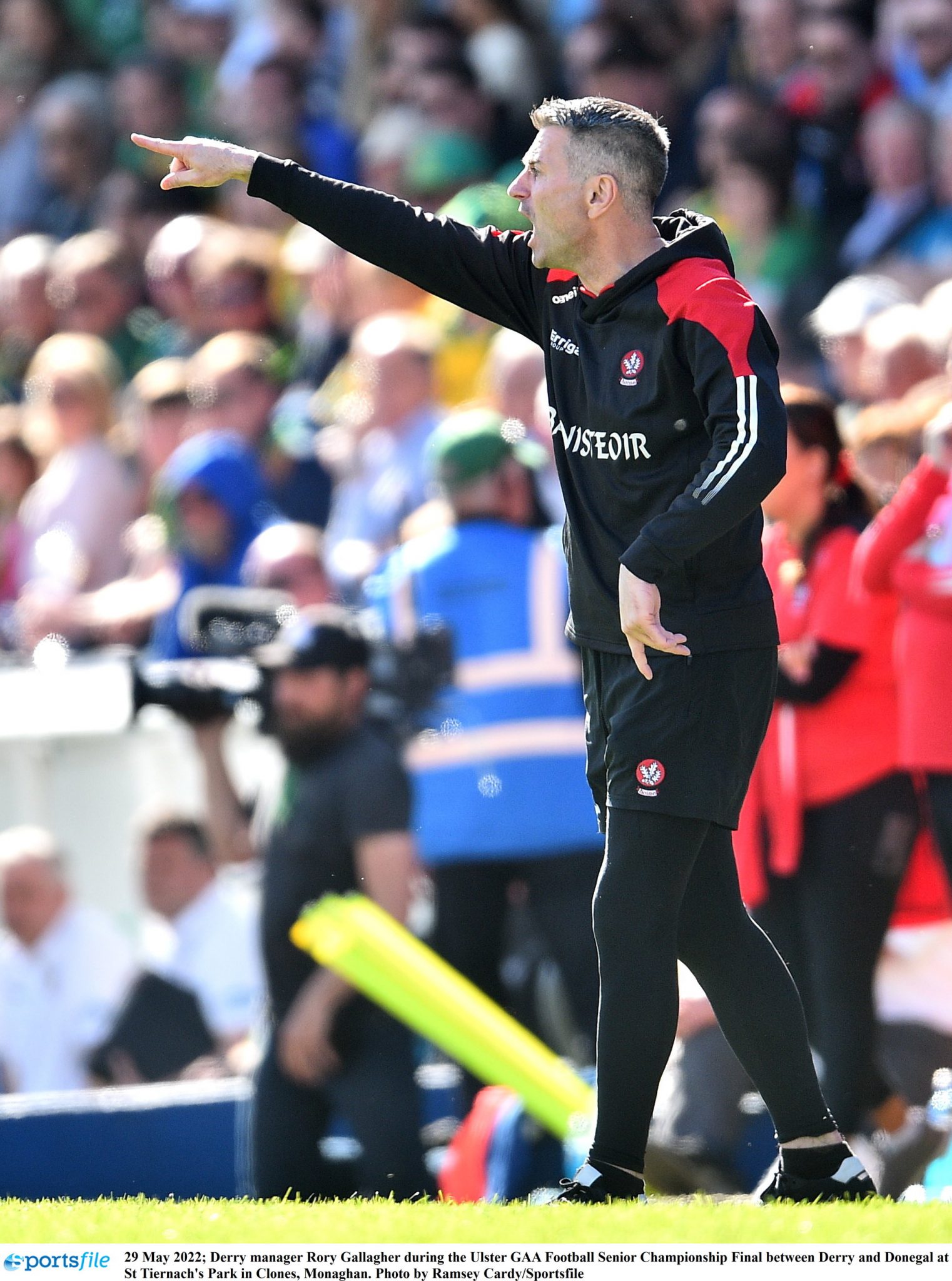 "It's all about who produces on the day and there's not much between any of the top 10 teams in Ireland with the exception of Dublin and Kerry who seem to be ahead of everybody else but that's not our problem at the minute."

"I don't believe for one minute that this is bonus territory. Last year I believed we should have beaten Donegal. I believed this year we were good enough to win Ulster. (But) It's never a given.

"We believe we're good enough to make an All-Ireland semi-final. We will be very disappointed if we don't produce the level of performance to do that. 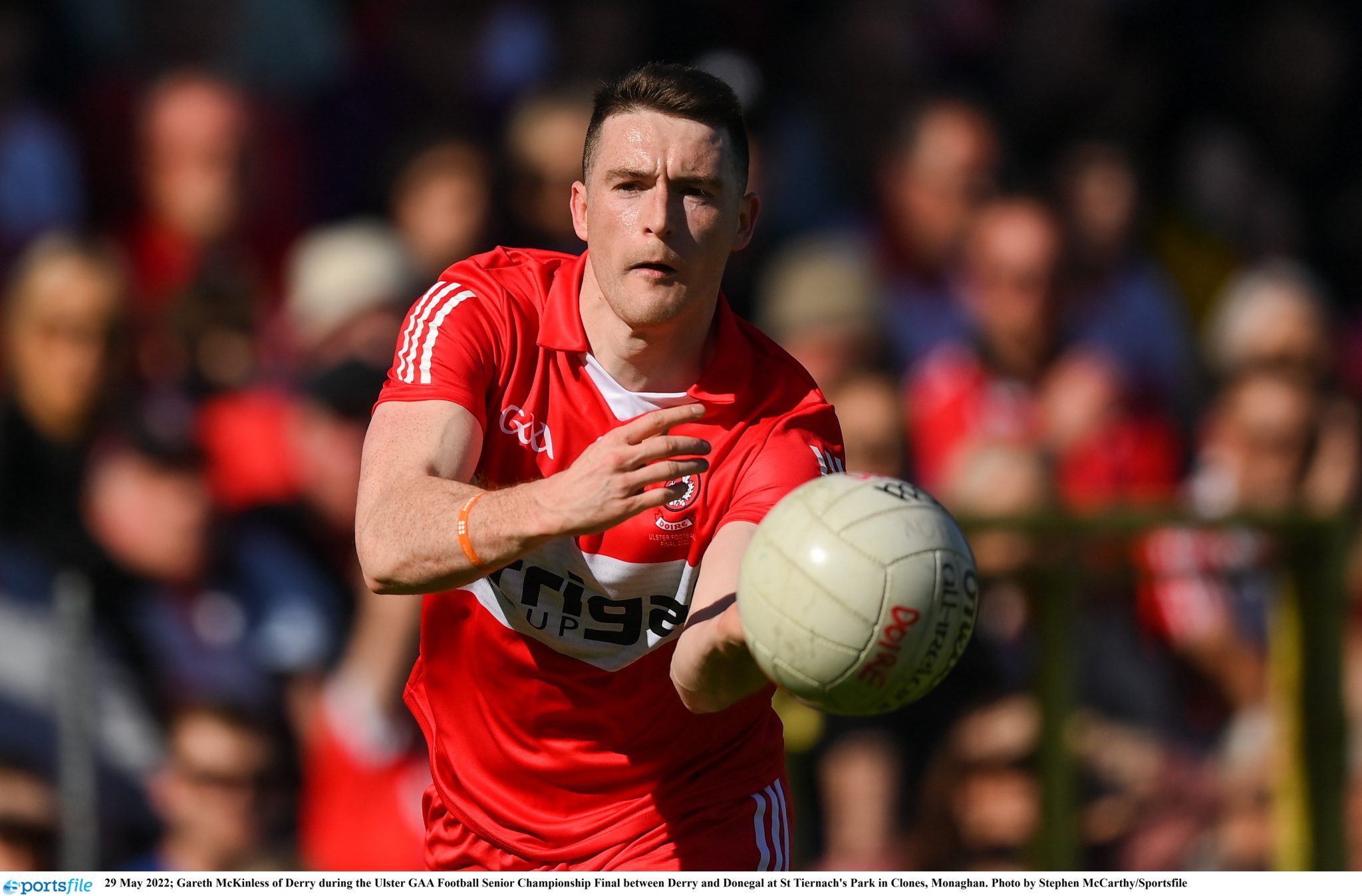 "But that's up to ourselves and how we prepare and then we've got to bring the hunger and desire.

"Every player dreams of winning a provincial championship and then playing on All-Ireland Final day and winning it. We're no different than that.

"Manager and coaches, we're like big kids. We want to be there but for now we've got to stay very much in the present. Stay focused on the game against Clare. Respect them by respecting ourselves and hopefully we'll be in the semi-final." 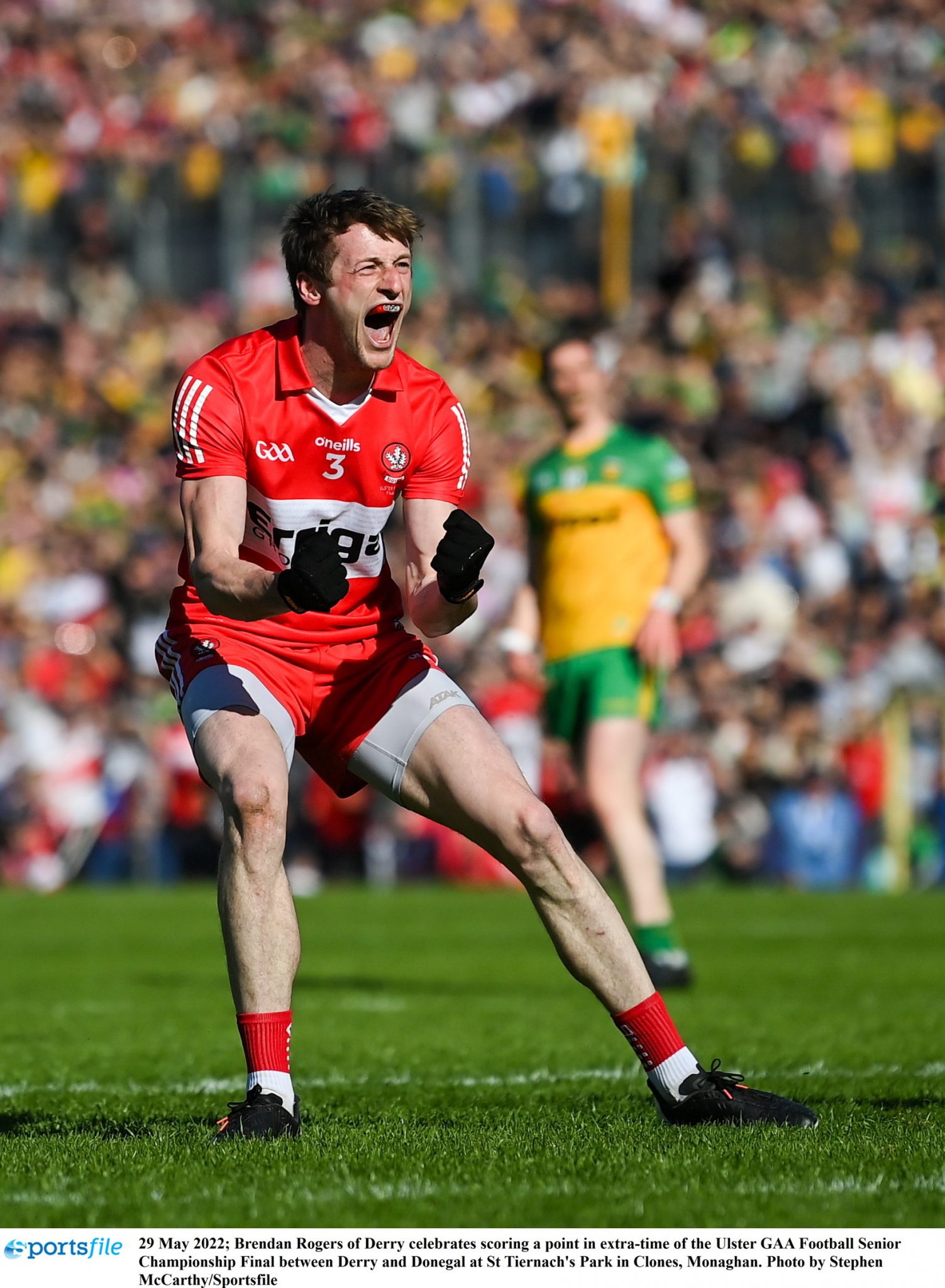 "We beat Tyrone. People were saying 'was that their Ulster Championship or All-Ireland Final'. We rolled with that and produced a phenomenal first-half display against Monaghan and then we rolled on to Donegal.

"We're very fortunate with the breeding they've got particularly in their clubs and their schools, that they are almost used to winning at different levels.

"But we never take anything for granted. We've only done well because we've stayed very grounded and stayed hardworking and as a collective. Providing we do that, I'm not worried at all."


popular
"He can add something to our attacking line up" - Jamie Clarke signs for Northern Irish soccer club
Antonio Conte 'banishes' four Tottenham players from first-team
Ranking the best county GAA songs of all-time (32-1)
"I’ve never heard someone say something as stupid” - Katie Taylor blasts Jake Paul's rematch comments
"I don’t trust you" - Joey Barton delivers brutal dismissal of Irish defender
"It was unfair on the Galway backs” - Tomás Ó Sé admits that Kerry benefitted from unfair rule
Barcelona allowed to register four new signings, but Jules Kounde misses out
You may also like
5 days ago
Referee mic was trialled during hurling final and proves why it should be introduced permanently
5 days ago
Colm O'Rourke belives that Shane Walsh should at least wait a year before making club transfer
1 week ago
Antrim star saves someones life in the morning and then scores 1-15 for his club in the evening
1 week ago
"I just can’t agree with it" - Darran O'Sullivan critical of Shane Walsh's transfer to Kilmacud Crokes
1 week ago
Mayo star scores an outrageous total of 1-17 in Chicago championship game
1 week ago
The GAA hasn't gone away you know - Some great games on TV this weekend
Next Page