The State Papers from 1985 were officially released, today, by the National Archives.

While news outlets have focused on the governmental tension between Ireland and Britain - mainly concerning The Troubles - papers relating to sport in this country have also been released.

The most interesting revelation of all is a letter from Seán Donlon, Department of Foreign Affairs secretary, to Irish Ambassador to London, Noel Dorr on March 4, 1985.

The letter refers to a trip to Dublin, planned for September of that year, by Nicholas Scott, parliamentary under-secretary of state at the Northern Ireland Office.

Scott expressed to Irish officials his wish to attend the GAA's footballing showcase but was knocked back.

Scott's wishes were put to the GAA on behalf of David Kennedy, chief executive of Aer Lingus, who was considering giving the under-secretary one of his complimentary tickets for the final. 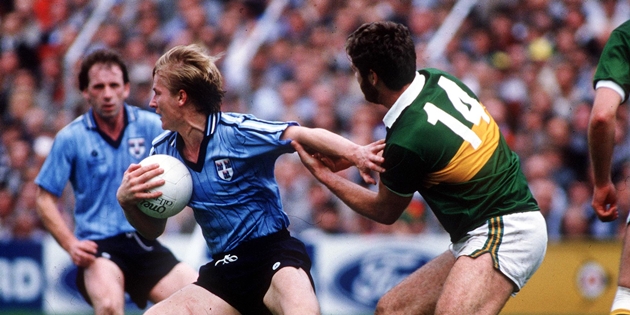 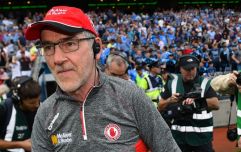 END_OF_DOCUMENT_TOKEN_TO_BE_REPLACED

However, in a letter highlighted today by RTE.ie, Donlon notes, 'The matter was referred to the GAA's Ard Chomhairle which decided to inform David Kennedy that they would not welcome Scott or any other British minister to a major GAA event.

"David Kennedy feels there is no point in raising the matter again in the foreseeable future and he is hoping Mr Scott won't press the matter.

"He has not, or course, told Mr Scott of the GAA's attitude."

30 years later but that attitude is now out in the open.

Kerry went on to defeat Dublin to claim the Sam Maguire that autumn.

popular
The SportsJOE 12 o'clock quiz | Day 294
"If Munster hadn't given him a contract, I'd say Leinster would have gone after him"
Conor McGregor wants immediate Dustin Poirier rematch, for UFC title
QUIZ: Name the missing player from the All-Ireland final team sheets
Cristiano Ronaldo facing laughable fine having broken Covid rules for Ski trip
QUIZ: Name every Chelsea manager hired by Roman Abramovich
The SportsJOE 12 o'clock quiz | Day 293
You may also like
1 month ago
Jack Grealish throws dummy with his car to escape media at court
2 months ago
Micah Richards responds to criticism after pledging £50k to mental health charities
3 months ago
"So The Sun did it again" - Pogba fires back with powerful Instagram post
3 months ago
Despite Tories rejection, Marcus Rashford Twitter timeline shows mammoth success in bid to feed children
4 months ago
Conor McGregor vigorously denying 'accusations of misconduct' after being interviewed by French police
5 months ago
Manchester United statement following Harry Maguire's guilty verdict
Next Page