"He reminds me of Jack O'Shea"

"The rest of the Armagh lads looked hamstrung by fear, he just went out and played"

Armagh and Cavan was a strange game. Two points and a man up with ten minutes left to play, Armagh should have been able to close it out.

END_OF_DOCUMENT_TOKEN_TO_BE_REPLACED

Too many of their players retreated though, looked for sideways passes rather than forward ones. Ran across the field rather than straight ahead.

Jarlath Óg Burns was the exception in orange. The brave number eight kept on demanding the ball, kept on driving forward and the nasty looking head injury that saw him substituted at the very beginning of extra-time clearly sapped the belief out of Kieran McGeeney's team.

He's the man they all look to.

Watching on, both Colm Parkinson and Johnny Doyle were very impressed by the Silverbrdige clubman's honesty and athleticism and speaking on Monday's GAA Hour Show, were both effusive in their praise of the youngster.

"I can't pay him any bigger compliment, I don't want him to get a big head but he reminds me of Jack O'Shea," says Parkinson. 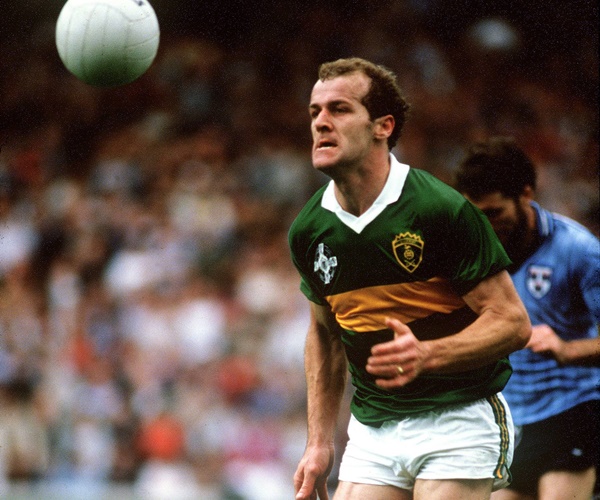 The six-time All-Star, seven-time All-Ireland winner and all-round Kerry legend is widely regarded as one of the finest players ever to kick a Gaelic football, but Wooly sees similar qualities in this young midfielder.

"He's not too big, he's not too small, he's perfectly athletic, he has a huge leap. That finish for the goal was sublime - like a corner forward - the technique needed when going at full speed to just drop that ball onto your foot and with the mere contact of it to just take it into the corner, that was incredible to do," continued the Laois man.

"This fella is the whole package now..."

Johnny Doyle came up against Burns during his involvement with the Maynooth Sigerson Cup team this year and he was also very impressed.

"I like his honesty. Maynooth played St Mary's in the Sigerson this year. There were rumours he wasn't going to play because he was after getting a knock and he just went out and gave it everything he had. He left everything out there, I love that in a player, there was no nonsense out of him, just get on with the game and be the best you can.

"There was no afters with him, no trash-talk, just pure football and I love that in a player...He's an awesome player and by all accounts his attitude towards training is top notch. By all accounts he's a model professional in an amateur sport."

A fella with a bright future ahead of him.

The lads didn't like the way Cavan targeted him under-throw-ins.

"Yeah and if that happened in open play it would be seen as very cynical, like is it a third man tackle? Well it is. You know technically it probably is and you're looking at a black card." 👊

The lads discuss Jarly Og Burns getting taken out of the throw-ins.

You can listen to this chat, and much more from Monday's GAA Hour Show here.

You may also like
2 months ago
Finian Hanley take on contentious Kerry free may settle some Galway arguments
2 months ago
Darran O'Sullivan on the post-match gesture that shows what Jack O'Connor means to Kerry
2 months ago
JJ Delaney on how Brian Cody kept him grounded after Hurler of the Year honour
2 months ago
"We were known as stab city, the butt of everything. Of all the things JP has done, he has made everyone so proud to be from Limerick"
2 months ago
McCarthy still harder than a brick wall
2 months ago
"He was getting a bit disillusioned" - How Damien Comer rediscovered his fire
Next Page