"The players coming through aren’t of the same calibre.” - Christie on Dublin's eventual demise

Paddy Christie doesn't watch much football these days, doesn't have the time, but he did watch the Hogan Cup final.

And, like the rest of us, he enjoyed every second of it. It was Gaelic football minus the caution, free from the blankets and without even a hint of the dilly dallying and, for a change from what we're used to, it was a breath of fresh air to see those things gone.

Instead, Naas CBS and Killarney served up the dummies, the one-on-one battles, 'all the beautiful things about Gaelic football,' as Christie calls them but, from his role as a Tipperary selector, he says there's a reason the county game is so far gone the other way.

END_OF_DOCUMENT_TOKEN_TO_BE_REPLACED

One-sided games and one-size-fits-all championships will park buses and that's why, with the Tailteann Cup coming in next year, he hopes that things might be about to change. For the record, Christie feels that a three tiered championship would be no bad idea.

"I suppose, if you're asking me why Tipperary don't play like that all the time," the Ballymun man begins, "there is a different context there. Those two teams on Patrick's day were roughly the same level and both of them went for it.

"But if you're playing against a team who's way stronger than you in general, it's very hard to justify playing very open football because the likelihood is you're going to be destroyed."

Imagine chipping the keeper to win the All-Ireland for your school.

Kevin Cummins scored two goals, he got man-of-the-match but he'll do well if he ever tops this moment 🍟pic.twitter.com/jnZJT8hM6t

END_OF_DOCUMENT_TOKEN_TO_BE_REPLACED

"For me, I think if you're playing against teams that are roughly your own level, then that changes an awful lot. For the moment, I think Tipperary are playing quite an offensive game and we can do that because we feel like we can compete at this level (Division four), there's no team that we fear and there's probably no team that fears us either."

"You go out then and you can have a go. But if you're playing Kerry then or Mayo - as we have been in the last few years - it's difficult to be talking about long-kicking and not dropping anyone back and all those lovely parts of Gaelic football that make it a spectacle, because if you do that, you could easily be destroyed."

In that case, bring on the tiered championships.

END_OF_DOCUMENT_TOKEN_TO_BE_REPLACED

Elsewhere, going back to his native county, Christie doesn't see as much of them as he'd like but he's not surprised that they aren't as dominant as they used to be. He references the loss of key players and the conveyor belt that, for one reason or another, isn't as prolific as it once was.

“I’ve said this before, and you are tired of hearing me say the same thing for the last four or five years,” Christie began. “I felt that things were beginning to drop. And I’m not changing my opinion that I don’t see the calibre of players there.

“I will easily put my hand up because I’m not as up to date with things anymore because I’m so involved with Tipperary. I don’t even see the matches anymore. It’s not like I don’t look, I just can’t on top of being in the car to Tipperary all the time.

“But for me, it was always on the cards. I think that Dublin may win an All-Ireland this year but I think it’s certainly not a done deal anymore.

“I do think in the next couple of years they [will] retreat into the chasing pack with everyone else. Maybe Tyrone or Kerry will push forward or the likes of Armagh or Galway might jump up.

“For me, Dublin were always going to drop back a bit, because the same conveyor belt of players is just not there.”

“You’ve a lot of these guys and they just wear out. No amount of tactics, analysis or iPads or other bits that counted towards Dublin’s success matter when the players coming through aren’t of the same calibre.

“That’s the fault of nobody, it’s just life. You can’t dominate forever, and the wheels do eventually come off. But they come off slowly. They won’t fall off a cliff, it will just be a soft landing. That’s all.” 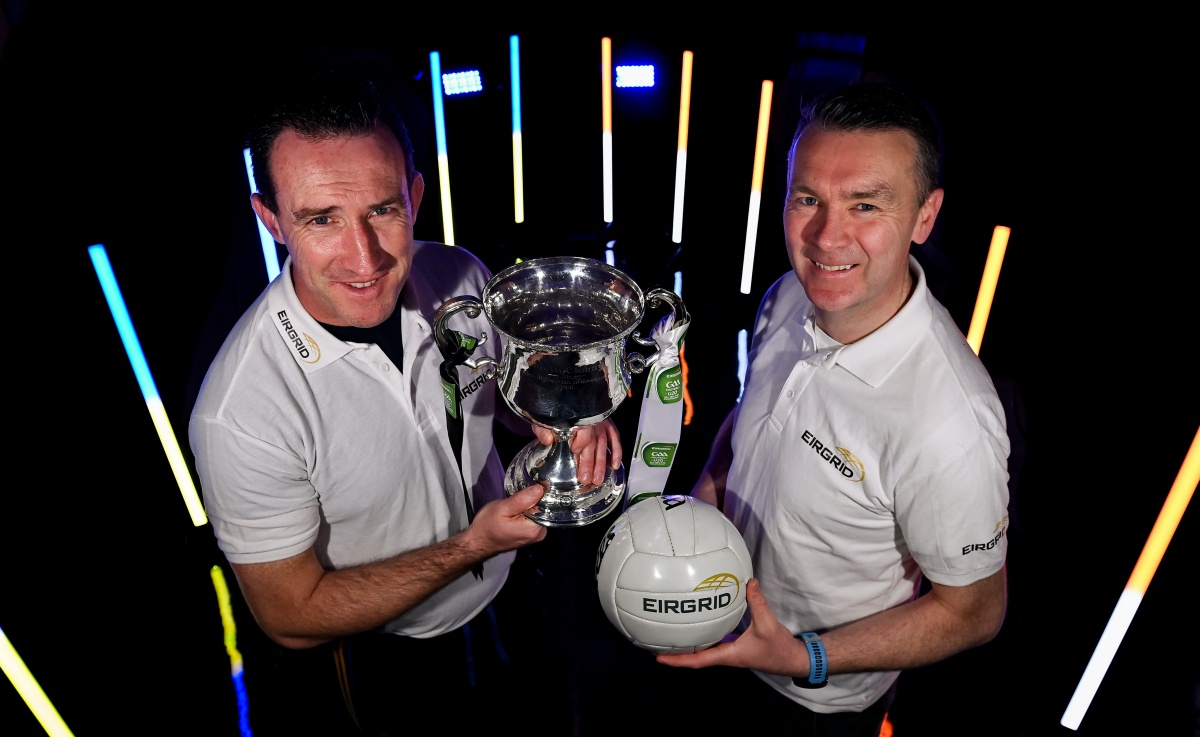 In attendance at the launch the 2022 EirGrid GAA Football U20 All-Ireland Championship at Croke Park in Dublin, are Tipperary U20 manager Paddy Christie, left, Armagh U20 manager Oisín McConville.


popular
Eamon McGee just couldn't help himself with Armagh-melee tweet
Robert Finnerty's strut up to the penalty spot was the stuff of legend
Strongest Ireland team to face New Zealand in Test opener, after squad set-back
How Man United would line-up if they land their big summer transfer targets
Conor Gleeson's gesture to heartbroken Ethan Rafferty a tonic after sideline brawl
Andros Townsend claims 'moaning' Jurgen Klopp has 'got his way again'
Ireland include plenty of new faces in team to face Maori All Blacks
You may also like
3 weeks ago
The GAA community comes together in support of Sean Drummond
1 month ago
Just because they signed an autograph doesn't mean they're not hurting inside
1 month ago
Kilkenny, Dublin and Wexford could all still end up going out of the championship next Saturday
1 month ago
Familiar feeling for the Dubs as Kilkenny rack up a cricket score
1 month ago
"I realise on the far side that all of that stuff is not what it's cracked up to be." - 2011 reunion allows O'Sullivan to take it all in
1 month ago
"Jesus, no, if he finds out, he'll think I'm going soft now." - the social life of inter-county GAA players
Next Page