Tyrone about to go four behind.

Dublin about to go down to 14 men.

END_OF_DOCUMENT_TOKEN_TO_BE_REPLACED

As Dublin eventually soared, pushed on by the stupid running power of Michael Darragh MacAuley, Kevin McMenamin and Cormac Costello in injury time to win the game by six points and clinch their fifth All-Ireland in six years, they had to steady the ship through rocky waters as a late show from Tyrone was staved off.

Four in a row pic.twitter.com/wPqaB7gvjy

END_OF_DOCUMENT_TOKEN_TO_BE_REPLACED

So, as Conor Lane issued John Small with his marching orders, his second in an All-Ireland final in as many seasons, Philly McMahon showed all his experience and leadership to have a serious word in the half back's ear. Small might've been hurting and worried, McMahon is a man of action though.

He grabbed Small by the arm, pulled him in and roared in his face. 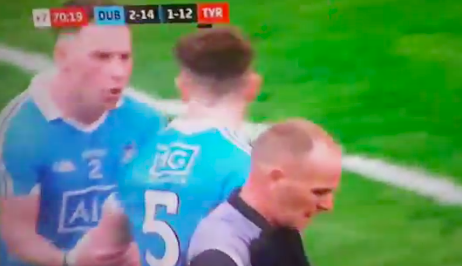 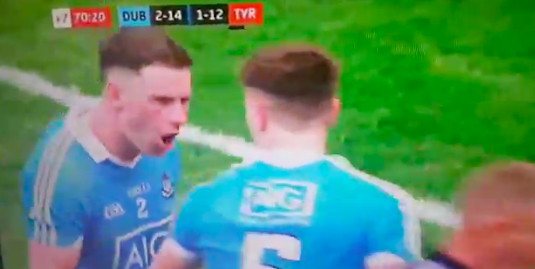 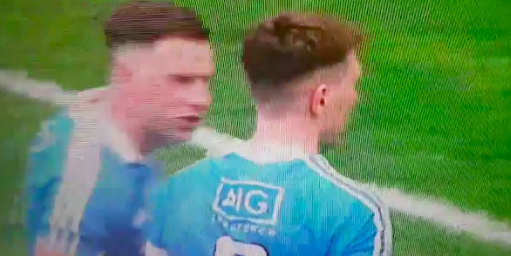 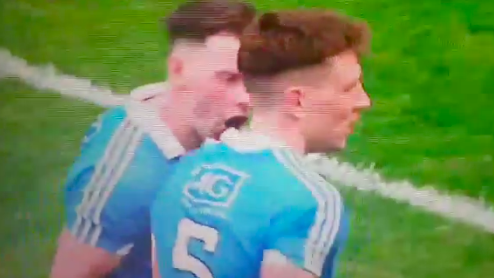 With Dublin set to be reduced to 14 players and Tyrone after fighting back from eight points down, the champions needed to see out the game whatever way they could and, if that meant eating into time, that's what they had to and should have done.


popular
World Cup 2022 Day 18: All the major action and talking points
Gary Neville sticks up for Ronaldo as contextless pictures and videos taken as gospel
Brazil star responds after Roy Keane slates dancing celebrations
Cristiano Ronaldo's sister blasts Portugal boss' decision to start forward on the bench
Ballyhale's Colin Fennelly felt Ballygunner's victory speech was disrespectful
Eniola Aluko responds to criticism after on-air mistake on ITV
"There's no soccer, hurling, or rugby" - Kilcoo's secret to success
You may also like
2 weeks ago
"I was living day to day" - Shane Carthy and Cormac Ryan open up about their past and present struggles
3 weeks ago
"I'll try get that little bit faster, that little bit fitter. I'll try to put on a bit more weight" - How Gannon aims to improve during off-season
3 weeks ago
"I couldn't get over the amount of differences between the hurling and the football" - Leaving hurlers was never an option for O'Donnell
3 weeks ago
Shocking scenes as brawl extends into the stands during Oulart-the-Ballagh vs Naomh Barróg
3 weeks ago
"We've kind of gone away from stats" - the personal goals Dias sets for himself each game as a midfielder
1 month ago
GAA JOE Team of the weekend
Next Page