One of the most notable aspects of Philly McMahon's well-rounded game is his strength and speed. The Ballymun Kickhams defender has a bulging chest, a stocky pair of legs and a big pair of arms.

You just know by watching him play that this is a man who spends long hours in the gym, long hours working on his speed, his power and his explosiveness.

END_OF_DOCUMENT_TOKEN_TO_BE_REPLACED

In fairness, he must be a bit of a nightmare to mark for a corner forward. Not only will he be stronger than you, but he's no slouch either and his sticky and tight marking tendencies ensure his men never get an inch.

The All-Ireland winning defender will play for Ballymun Kickhams this weekend in their Dublin senior football semi-final against Kilmacud Crokes, but don't think for a second that he's been tapering off in the build-up to it. 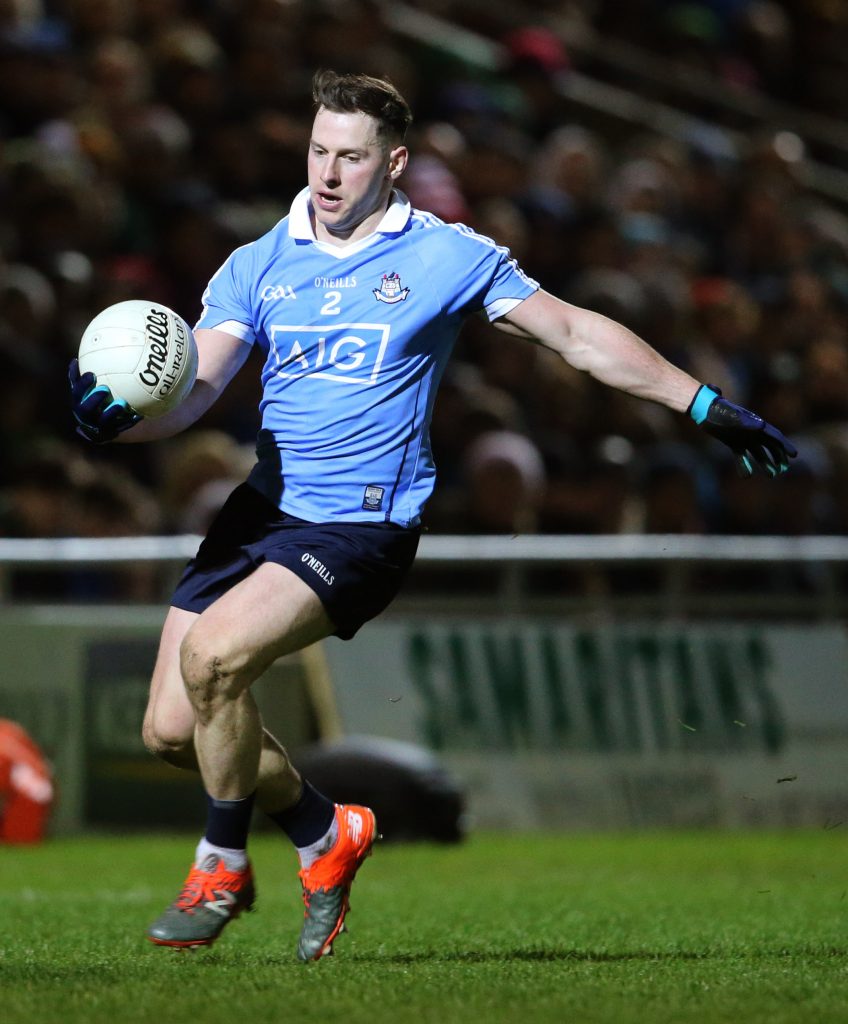 McMahon goes to the gym every week of the season. No breaks. No resting. No bullshit.

"We'd make sure we'd hit the gym for the whole season. Some teams do it more sporadically, they do gym sessions and then taper off towards the end of the season," he told SportsJOE.

"We just do it consistently throughout. Nothing changes, even the week of an All-Ireland final. It's important for me that I'm consistent and that our repetition is good the whole season," he said.

END_OF_DOCUMENT_TOKEN_TO_BE_REPLACED

The Ballymun captain appreciates the difference between power, and strength, and for him, as a corner back, it's more important to be working on that power with both upper and lower-body exercises.

If you were in his presence in the gym, he'd be spending most of his time hogging the squat racks, performing dead-lifts, cleans and explosive lifts as well as some plyometrics and bounding exercises.

It's all snappy, it's all explosive.

"As a defender, it's important to have power and speed, so a lot of Olympic lifting and explosive exercises.

"Power is moderate weight with fast movements," he added.

For many young lads, the aim will be to build a base, to build strength. According to the 30-year-old, the key in this instance is to lift heavier weights but at a slower pace and for less reps.

"It depends on a lot of things, though, say if you're an endurance player, maybe a midfielder, you'll probably be tailoring around that.

"If you're a young lad, you'll be trying to build your strength up, you'll be lifting heavy weights but with slow movements," he concluded.


popular
World Cup 2022 Day 18: All the major action and talking points
Gary Neville sticks up for Ronaldo as contextless pictures and videos taken as gospel
Rory McIlroy explains 'falling out' with Shane Lowry that lasted a few years
Eniola Aluko responds to criticism after on-air mistake on ITV
Gary Neville reacts to Cristiano Ronaldo's omission from Portugal starting XI
"There's no soccer, hurling, or rugby" - Kilcoo's secret to success
Ballyhale's Colin Fennelly felt Ballygunner's victory speech was disrespectful
You may also like
2 weeks ago
"I was living day to day" - Shane Carthy and Cormac Ryan open up about their past and present struggles
3 weeks ago
"I'll try get that little bit faster, that little bit fitter. I'll try to put on a bit more weight" - How Gannon aims to improve during off-season
3 weeks ago
"I couldn't get over the amount of differences between the hurling and the football" - Leaving hurlers was never an option for O'Donnell
3 weeks ago
Shocking scenes as brawl extends into the stands during Oulart-the-Ballagh vs Naomh Barróg
3 weeks ago
"We've kind of gone away from stats" - the personal goals Dias sets for himself each game as a midfielder
1 month ago
GAA JOE Team of the weekend
Next Page