The 2014 Ryder Cup captain has been in contact with the former Donegal manager recently.

Paul McGinley believes that Jim McGuinness has interesting plans for his future, but they do not involve a return to Gaelic football.

McGuinness, who memorably managed Donegal to the 2012 All-Ireland title, recently left his role as the assistant manager to Roger Schmidt at Beijing Sinobo Guoa. The 45-year-old has spent seven months working alongside the former Bayer Leverkusen coach but decided to end his time in China with his wife and six children still based in Glasgow.

While Gaelic football has missed the presence of the Glenties man on the sideline, McGinley, who is a close friend of McGuinness', says he is fully committed to a career in professional football. Speaking at the GAA Games Development Conference in Croke Park on behalf of Sky Sports on Saturday, McGinley said:

“I spoke to him last week. Jim’s okay. He’s on a plan. A lot of things are confidential that I can’t talk about but he’s on a plan. He’s got one year to go before he’s fully qualified and he’s flying through his exams and doing great.

“He’s learning everywhere, he’s going to conferences all around Europe. (He has) a big connection obviously with Celtic. Don’t worry about Jim McGuinness. He’s not coming back to the GAA, put it that way. The Dubs can take a big, deep breath! 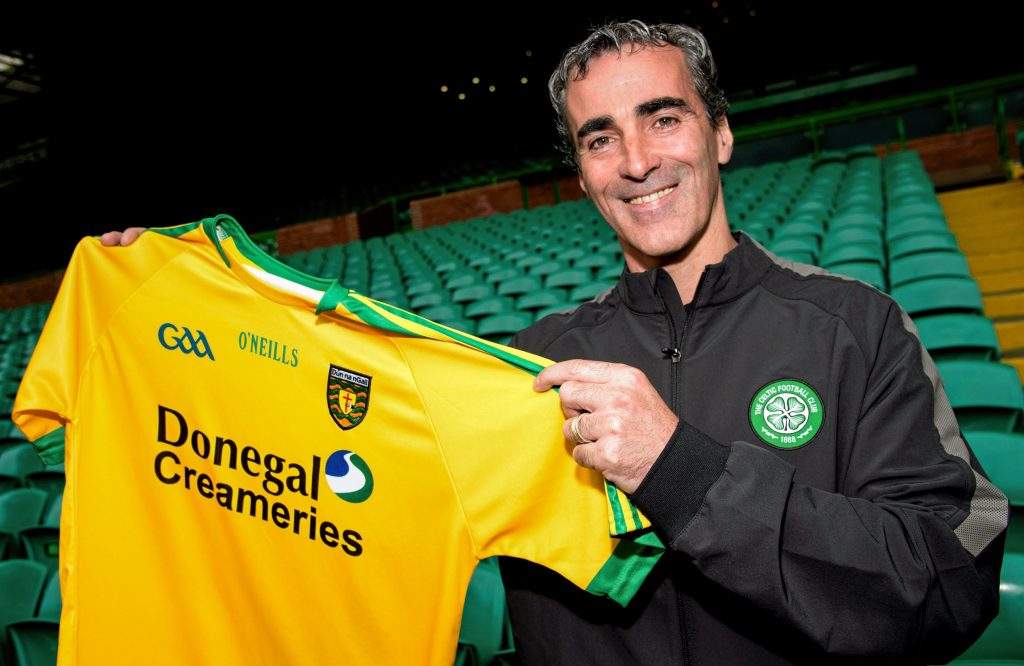 “I think he’s a year away from (getting his Uefa Pro License). He’s been flying through his exams, he’s on a good path. It’s tough, he’s basically going back to school and re-learning.

“It’s not easy and he has lots of kids and family commitments. His family are living over in Glasgow now, so it’s tough, it’s not easy for him. But he’s got a lot of ambition, a lot of determination.”

McGinley, who guided Europe to a comprehensive victory over the USA at Gleneagles in 2014, met McGuinness through his father, who played football for Donegal between 1959 and 1961.

When McGinley was appointed Ryder Cup captain back in 2013, he went to McGuinness for advice on leadership and building a team.

“I think the role of the individual is underplayed in the importance of success in sport, and in leadership. 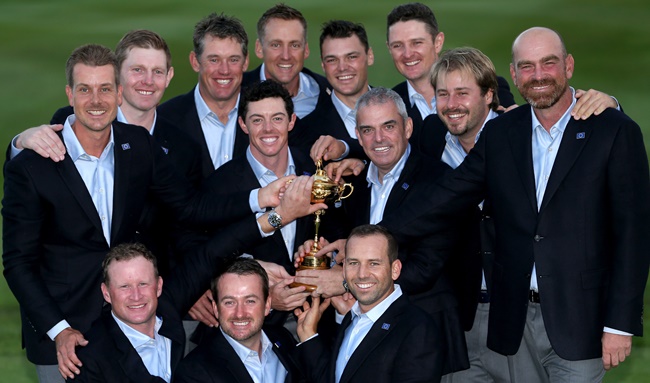 McGinley, who was forced to give up on a career in Gaelic football after seriously injuring his knee aged 19, invited both McGuinness and Dublin manager, Jim Gavin, to Gleneagles on the week of the Ryder Cup, and also spoke of the contrast between the two men.

“Yeah, there are similarities, but there's more emotion in Jim McGuinness."

“I believe the criticism he got about not having emotion...on one side I can understand that but on the other side I know from myself that any time I've been a captain I've made a conscious effort to leave that emotion to the side because how can you make a really cold, clinical decision if you're really getting emotional.

“You've got to be some way detached and it's a mindset. Tiger Woods talked a lot about lowering his heartbeat when he was at his best.

“And if he did get excited the first thing was to try to lower his heartbeat again because he couldn't make decisions if emotion was driving him.”

Irish golfer and former Ryder Cup captain, Paul McGinley was at Croke Park at the weekend to discuss the importance of teamwork at the GAA Games Development Conference in partnership with Sky Sports.


popular
Only a proper football nerd could get 100% in this international football quiz
"I was like, 'Your ribs will be broke, alright, if I get my hands on you again!'"
The SportsJOE 12 o'clock quiz | Day 66
The SportsJOE Football Quiz: Week 62
The SportsJOE Football Quiz: Week 16
The SportsJOE 12 o'clock quiz | Day 65
You have three minutes to do this tough football quiz
You may also like
3 months ago
Donegal bond getting stronger and stronger as league hits full swing
6 months ago
Ciaran Thompson's joke of a left peg shows Naomh Conaill can do it every way
6 months ago
"I'd say it was a funny sight in the warm-up, steam rising off our men"
6 months ago
"There was a lot of sledging going on...this thing has creeped into the game now"
6 months ago
Donegal giants facing Wednesday final and four-day Ulster turn-around
7 months ago
Feast of club GAA live on the box and GAA GO this weekend
Next Page